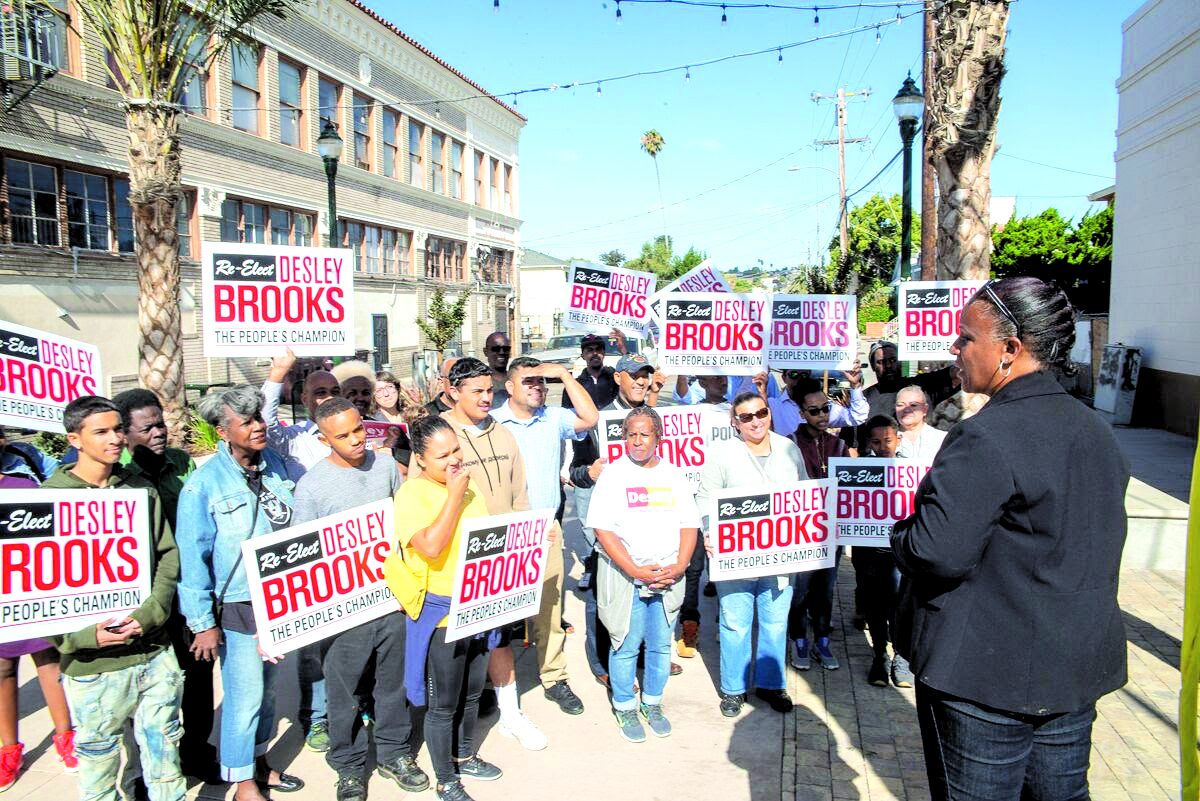 The Oakland Post endorses Desley Brooks for reelection to the City Council for District 6, based on her track record of working for job opportunities, equity, social justice, against homelessness and for affordable housing for residents of her district and all of Oakland.
The strong endorsement statement by Allen Temple Baptist Church’s Pastor Emeritus J. Alfred Smith Sr. sums up why Oakland needs to re-elect Desley Brooks.

“It is plain why we need tough legislators like you with fearlessness and fire who fight evil,” Pastor Smith wrote in an email.
“Stay strong and keep speaking up for the last, the least and the lowest,” he wrote.

Brooks has served on the City Council for 16 years, first elected in 2002. She was born in New Orleans, and she grew up in Los Angeles and Seattle.  She earned a B.A. in Political Science from University of Washington and her law degree from  Seattle University.
Before joining the City Council, Brooks was in-house counsel for several departments at both federal and state levels and served as Chief of Staff to Alameda County Supervisor Keith Carson.
“There are two Oaklands, the haves and the have nots,” Councilmember Brooks told members of the Oakland Post’s community endorsement panel.
“Without somebody pushing against the status quo, things won’t get done on the City Council,” she said.
“I believe it is important that communities of color that have been historically marginalized have representation on the council,” so her district and others will receive the resources they need, she said.
A councilmember with a strong record of legislative successes, she introduced the city’s cannabis equity ordinance, which created access to the billion-dollar industry for neighborhoods and individuals who have been victimized for decades by over-policing and criminalization associated with the War on Drugs.
Because of her outspoken leadership, she was invited to speak on cannabis equity at a national conference held at Harvard University, and her equity campaign has become a major issue in the debate over legalization across the country.
Brooks also led the effort to establish the Department of Race and Equity, an ordinance that requires the city to examine its newly proposed policies in terms of their impact on minorities and women.
Joining with fellow Councilmembers Rebecca Kaplan and Noel Gallo, she has helped pass significant renters’ protections and affordable housing and has supported the fight of local residents for an independent police review commission.
She fought for city budget support and a ballot measure for job training funds to provide opportunities for homeless and unemployed residents to afford to live in Oakland.
People are being pushed out of Oakland and become homeless, Brooks said, not just because of the lack of affordable housing but also because  of obstacles to obtaining good jobs, such as those in the construction industry.
“People don’t have jobs, they don’t have jobs that can sustain their families,” she said. “They are locked out of so many things because of systemic racism.”
Defending immigrant rights, Brooks successfully worked with council members to strengthen the city’s Sanctuary City ordinance when the Oakland Police Department, supported by the Mayor and Police Chief, illegally participated in an ICE deportation raid last year.
In addition to the Post, Brooks has been endorsed by faith-based, labor, neighborhood and business leader.
Endorsers include Oakland Firefighters IAFF Local 55, city workers union SEIU 1021, ILWU Local 10,  National Union of Healthcare Workers, IFTPE Local 21, Bay Cities Baptist Ministers Union, Bishop Frank Pinkard Jr.—Evergreen Baptist Church, Rev. Harold Mayberry—senior pastor of First A.M.E. Church, and Rev. Dr. Gerald Agee – senior [astor of Friendship
Christian Center.
Related Topics:City governmentdesley brooksDistrict 6OaklandPolitics
Up Next