In separate sessions on Friday, January 24, 2020, officials from Pfizer Rare Disease and AmeriHealth Caritas spoke of the importance of being vigilant about health.

“Transthyretin cardiomyopathy is a disease characterized by the buildup of abnormal deposits of a protein called amyloid in the body’s organs and tissues,” Dr. Williams stated. “Most people are unfamiliar with the disease itself, which often impacts the peripheral nervous system and organs such as the heart, kidney, GI tract, and eyes.”

An estimated 1 percent of those with transthyretin cardiomyopathy is diagnosed, and there are no approved treatment options, Dr. Williams stated.

“Education is vital to increase awareness and understanding of transthyretin cardiomyopathy, which may potentially help to identify people with the disease earlier, thereby shortening their diagnostic journey,” Dr. Williams stated.

“It’s critical that we do more as a community to elevate the understanding of this disease and progress forward in improving the diagnosis and care of those affected. Part of how we can do this is by digging deeper and asking the right questions,” he stated.

Dr. Williams noted that Pfizer Rare Disease is working closely with health care professionals and advocacy organizations to help make a difference in the lives of people living with rare diseases, such as transthyretin cardiomyopathy.

Dr. Williams said Pfizer’s partnership with the NNPA in 2020 will focus on this illness.

“We want to really raise awareness for this particular form of heart failure,” Dr. Williams stated. 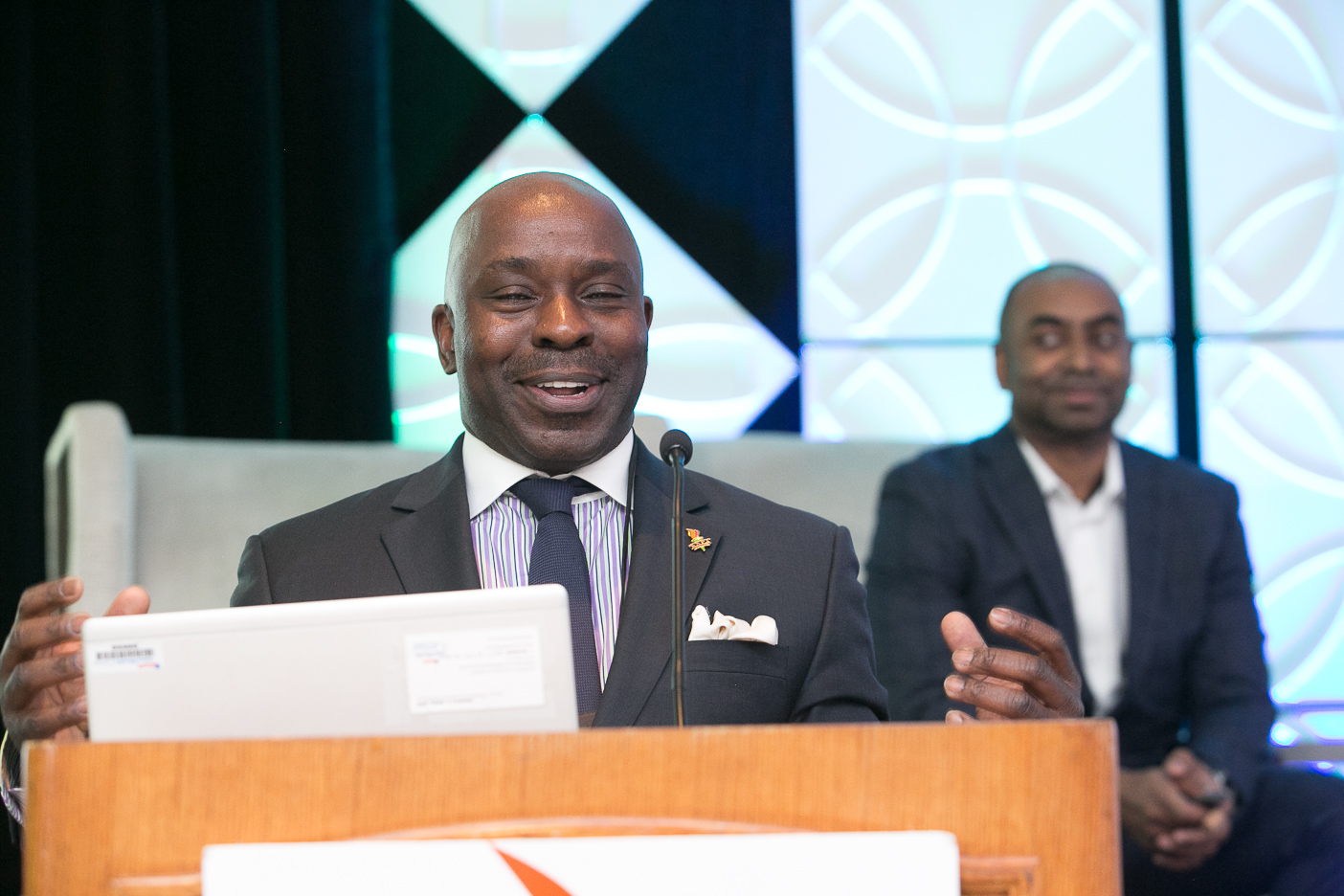 At a later session titled “Future of Medicaid and Medicare: Healthy You, Healthy Us – What is Managed Care and How Does It Advance Health Equity,” AmeriHealth Caritas officials said it was important to gain a greater understanding of the different ways managed care organizations address key social disparities.

They said many of those disparities disproportionately affect African Americans and other people of color.

“So many things affect our health, including violence and environmental racism,” stated Jawanza Keita, the national director of corporate communications and media relations for AmeriHealth Caritas.

Keita gave the example of the city of Chester, Pennsylvania, which is predominately African American and is situated near the Delaware River, where pollution is rampant.

“We look at the environmental issues and how that impacts our well-being,” Keita stated. “So much of your health is not tied to clinical care, and we have to be cognizant of what we ingest.”

Health literacy, food insecurity, and transportation to medical facilities, for example, are markedly more prevalent among the same high-risk member population than all others, stated Keith Maccannon, the director of marketing and outreach for AmeriHealth Caritas in D.C.

When compared to all other members, 34 percent of high-risk members reported a lack of health literacy; 23 percent experienced food insecurity; and 23 percent lacked transportation to medical facilities, Maccannon noted.

Black Press of America Expands and Innovates in 2020 via NNPA