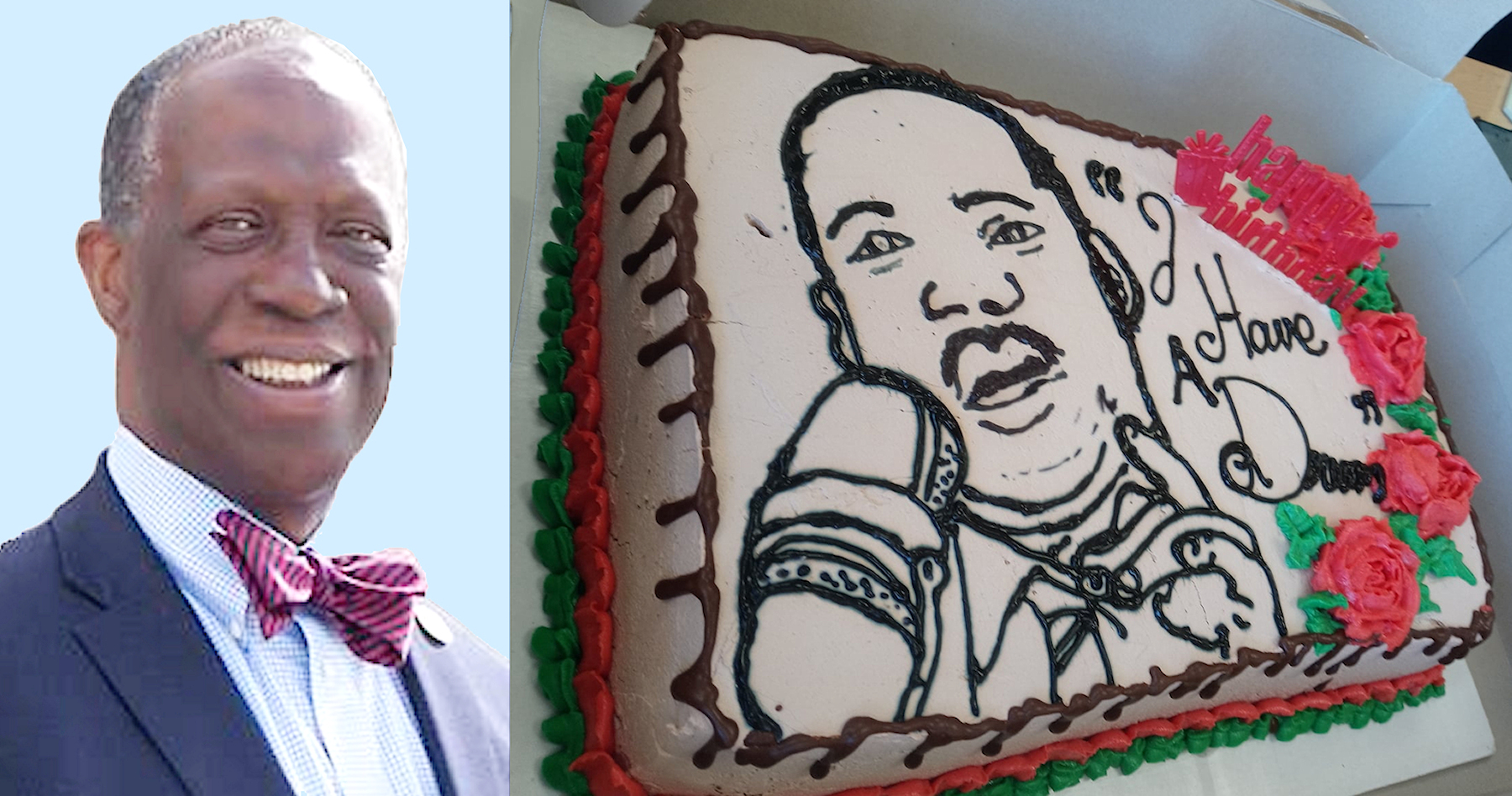 Left: Dr. William “Bill” Riley. Right: The cake for the celebration was baked by Teyonna, Marin City’s local baker and entrepreneur, who is just getting started. (Photos from Facebook)

Marin City celebrated the Rev Dr. Martin Luther King Birthday on the afternoon of Jan. 18, 2021. The theme this year was “Passing the Torch.”

Marin City Community Service District and Oshalla Diane Marcus co-produced the program at the MC Art and Culture Gallery in Marin City. It was seen virtually through hopin.

Dr. William “Bill” Riley, EdD, the president of the Peralta Community College District’s Board of Trustees, was the keynote speaker. During his message “Reflections on Passing the Torch,” Riley lists the many Black people who have passed away and are passing the torch since Dr. Martin Luther King, Jr.

In 1957, King passed the torch to the Student Non-Violent Coordinating Committee, the National Urban League, and the Voters Education Project.

Black artists have passed the torch by raising funds and bringing the artistic consciousness to the cause. Entertainers, such as Harry Belafonte, Mahalia Jackson, Denise Nicholas, James Brown, Eartha Kitt, Lena Horne, and Dick Gregory, played crucial roles in raising money to further the cause.

“We would need to compete with people of all races and nationalities. Therefore, we cannot just merely be good in our work and calling. We must set out to do our best, irrespective of our race, and do it so well that nobody else can do it any better,” says Riley.

“Where would you be now if King, who said in 1956, ‘I still believe that love is the most durable power in the world,’ had not been a person of radical love and didn’t pass the torch,” asks Riley. “Who in your life has passed the torch to you? Have you accepted it?”

“I leave with this” say Riley, “keep Marin City passing the torch. Many thanks to the Marin City MLK Coalition Celebration and may Godspeed.”