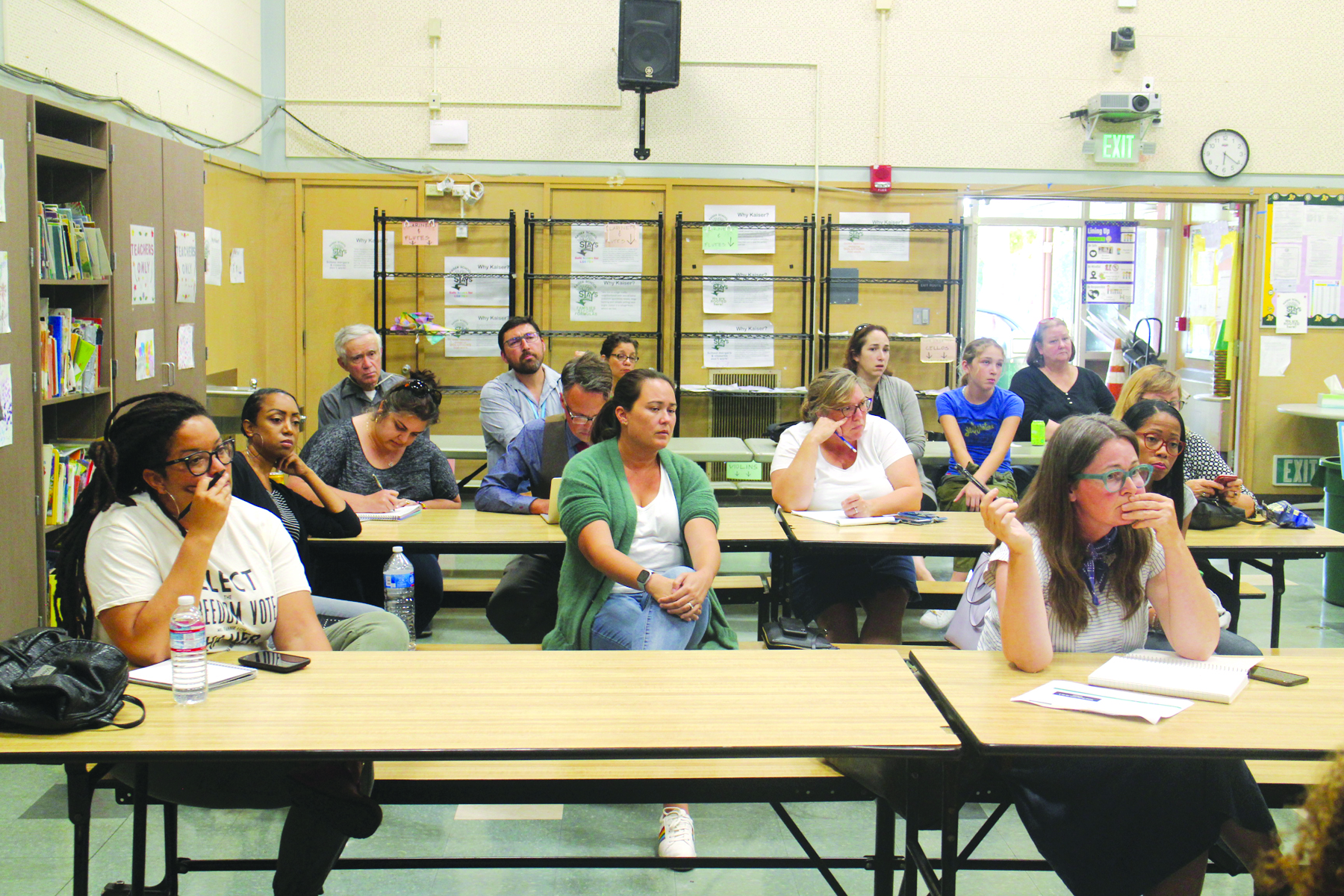 Running into a wall of outrage from school families and community groups, the Oakland Unified School District (OUSD) administration and the Oakland Board of Education are struggling to come up with a coherent rationale and reasonable plans to close Oakland neighborhood schools that they hope Oaklanders would be willing to accept.

OUSD is  currently operating under the supervision and fiscal austerity regime imposed by the State of California’s  local representatives – the Alameda County Office of Education and the state-funded Fiscal Crisis Management and Assistance Team (FCMAT) – which are demanding that the district close 24 or more schools in the next few years, which variously has been called right-sizing, merging, relocating or consolidating.

None of the euphemisms for school closing seem to have gained much credibility from parent groups that are fighting to keep from losing their established school communities or face major upheavals  as they move to new schools or try to adapt to new groups of students and teachers on their campuses with what they fear will be  inadequate planning, lack of resources and little to no school community input.

In past presentations to the board and press interviews, FCMAT has said the district has too many schools and cannot afford to operate them, while acknowledging that school closures do not save money.

This year, the administration, under Cohort 2 plans, is urging the school board to close the Henry J. Kaiser campus and merge the school’s students, families and teachers with Sankofa Academy in North Oakland.

Variations of the plan, backed by individual school board members, would merge Kaiser and Sankofa with Peralta Elementary School or Santa Fe Elementary (which is presently closed but temporarily serving the Glenview Elementary community, while their campus is being rebuilt).

The district says the merging and closing of schools will free up resources and funds, according to the OUSD Blueprint for Quality Schools Action Plan, is to create “high quality and sustainable schools in every neighborhood,” particularly in flatland schools that have been historically under-resourced and have faced institutionalized disparities.

Speaking at last week’s board meeting, Kaiser parents pleaded with the board not to close their school.

In a Facebook post, the Kaiser advocacy Committee urged  the pubic to attend last week’s school board meeting to “make your voice heard and stand with us as we advocate that the board do right by Oakland children and put a stop to all school closures and consolidations.”

Kaiser’s student population, which is fairly stable at 268 students, is 21 percent African American, 16 percent Latino and 36 percent white. A majority of the students come from outside the school’s neighborhood attendance area.

Parents from Sankofa told the school board that they are open to merging with any other school at their campus, as long as they receive resources and support from the district.

Over the course of a number of years and different superintendents, according to parents and district administrators, many promises were made to Sankofa, including active support, new programs and other resources. But the promises were never kept, and existing resources continued to dry up.

Speakers at the board meeting from Oakland SOL, Frick Middle and Melrose Leadership Academy told the board they needed more time to make sure the moves at their campuses would strengthen, not undermine their schools.  Rather than the board adopting a timeline that institutes changes next school year, they asked board members to give them an additional year to develop collaborative relationships with their newly merged school communities.

Most of the school board members who spoke supported the closure of the Kaiser site but had differing ideas about combining the Kaiser, Santa Fe, Peralta and Sankofa school communities.   However, breaking with the board’s approach, Boardmember Rosie Torres sharply criticized the plan.

She said the district’s promises of supporting the schools – “the ideas, the dreams and pipelines – are not realistic in my view” because OUSD does not have sufficient central office staff to do the work.

When the district closed Roots Academy in June, it promised the school community resources. “(But) we barely offered Roots boxes, when we told them (they would receive) counseling and help transitioning. We’re not doing it right. Let’s not pretend we’re going to do it any better next time.”

She criticized the superintendent’s and staff’s timeline as unrealistic.

Interrupting Torres, School Boardmember Gary Yee accused her of disrespecting the superintendent. “I find that offensive,” he said.  Supt. Kyla Johnson-Trammell told Torres said the board member should not disrespect her staff.

The board is scheduled to vote on the Cohort 2 mergers and closures at its Wednesday, Sept. 11 meeting.