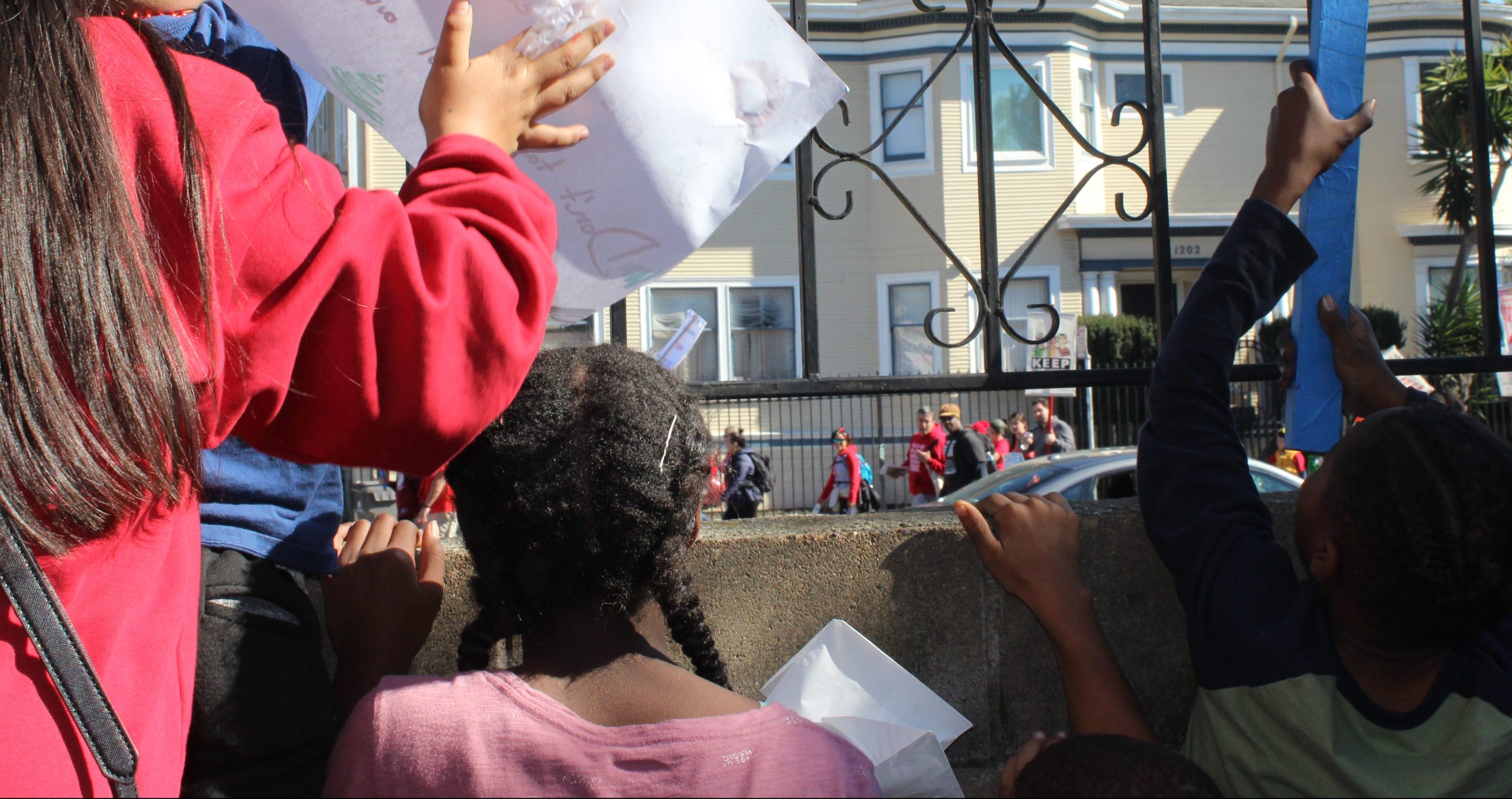 As the Oakland teacher strike continues, parents, students, teachers, and residents have united to create solidarity schools to help families who don’t want their children crossing their teachers’ picket lines.

“This solidarity school is really helpful,” said lifelong Oakland resident, Shawn Tillman. Her young child has been attending a solidarity school run out of Taylor Memorial Church as Tillman needs help with childcare during the day. “I didn’t want my daughter going to school with her teacher not there and I didn’t want her crossing the picket line.”

Tillman remembers being a student in 1996, when her teachers struck for about a month. Then, as now, Oakland teachers have asked her family to not attend school and she’s honored their request.

Some older Oakland students have volunteered to help out at Taylor Memorial’s solidarity school by supervising and organizing activities for younger students. Oakland Tech Senior Jossi Blair and four of her classmate friends played games with younger students and helped them to make signs in support of their teachers. On Friday, Feb 22, the students showed their signs to Oakland teachers and their supporters who participated in a teacher strike march that passed by the church.

“I think it’s really important to have places that people can bring their kids and I’m happy to help,” Blair said.

Retired librarian Kristen Loomis, who attends church at Taylor Memorial and lives about ten blocks away, helps to provide a meal and childcare for children whose parents need to work during the day. She sees her service as part of a network that’s working to ensure teachers get the pay and supports they’re asking for.

“I hope the school board has sense enough to know that they’ve got to find the money for the teachers,” Loomis said.

Jo Ann Gong, who has taught elementary school in several Bay Area school districts, including OUSD, also helped out at Bushrod. Although she says she loved working with Oakland parents and students, she left OUSD in 2005 because she felt unsupported by the district.

“I think its important to support Oakland teachers because they’re so underpaid and under-resourced,” Gong said. “And I definitely think teachers around the country need to fight for a system that trusts them.”