Have you heard of Andreen Nicole McDonald of Texas?

Like thousands of other black females who’ve gone missing, there has been no national media coverage of her disappearance.

Earlier this month, her husband, Andre McDonald, was arrested in connection to his wife’s disappearance. Andreeen is still missing, but presumed dead.

“He tried to destroy the receipt for those items to conceal the timing and whereabouts of his purchase,” said Deidra Robey, founder of Black and Missing But Not Forgotten, a nonprofit based in Baton Rouge, La.

“After his arrest, the news coverage seemed to stop. It did not go beyond local news, and even though the FBI is involved in the case, the story was never picked up nationally. I can only imagine that this is because she’s just not the right color,” Robey said.

When Victoria S. Wright was last seen, at about 5 p.m. on Wednesday, March 27, the 13-year-old was clutching a silver fannie pack and standing on the porch of a family member’s home along Dale Drive in Portsmouth, Virginia.

Police suspect she may have run away. However, there’s a chance that the longer she’s missing Victoria, like McDonald and so many others, will join an ever-growing list of black girls who are gone and have been sadly forgotten by mainstream media, where coverage is too-often manipulated by the latest thong or see-through attire worn by a Kardashian, or the most recent tantrum thrown by President Donald Trump.

As Trump cries that a border wall is needed to eliminate an imaginary crisis, organizations like the Black and Missing But Not Forgotten, the Black and Missing Foundation (BAM) in Landover Hills, Maryland, and the National Center for Missing and Exploited Children (NCMEC) in Alexandria, Va., struggle to shed light on the real emergency that is of the nation’s missing.

More than 424,066 girls of all races have gone missing since the beginning of 2018, according to NCMEC.

More than half of the total are women and girls of color, according to BAM, who, like NCMEC, rely on statistics from the FBI.

“The majority of these children most likely come from marginalized communities, and are primarily low-income people of color,” said Dr. Ronnie A. Dunn, an interim chief diversity & inclusion officer and associate professor of Urban Studies at Cleveland State University.

“Given this nation’s racially stratified socioeconomic class hierarchy, as evidenced throughout institutions in America where poor children of color have worst outcomes on all quality of life indicators, their lives are devalued in relation to upper class white youth,” said Dunn, whose authored two books, “Race Profiling: Causes & Consequences,” and “Boycotts, Busing, & Beyond: The History & Implications of School Desegregation in the Urban North.”

“And even within that, while this nation espouses the valuing of children in general, this does not appear to be the reality as evidenced by the failure to act in the face of the onslaught of mass school shootings from Sandy Hook to Stoneman Douglas where the majority of those killed were middle class white youth. Therefore, we see less media attention paid to missing children, particularly those of color.”

The ignorance toward the black and missing isn’t a new trend.

Black and Missing But Not Forgotten, BAM and NCMEC each maintain a database that dates back decades.

Jeffrey Lynn Smith, who today would be 49, went missing on Dec. 4, 1985, from her Hot Springs, Arkansas, home and hasn’t been heard from since.

“I’m a forensic psychiatrist and legal analyst on television, so I pay attention to media reports of crimes and missing children,” said Dr. Carole Lieberman.

“The media doesn’t do enough reporting of all the missing children, especially black children … this tells the viewer that it’s more important to find white children,” Lieberman said.

“There aren’t even any – or many – pictures on milk cartons of missing children anymore because they decided it was too upsetting to children eating breakfast. We need to do more to find missing children and do more to stop the family problems such as abuse that causes them to be vulnerable to predators or leave home to begin with.” 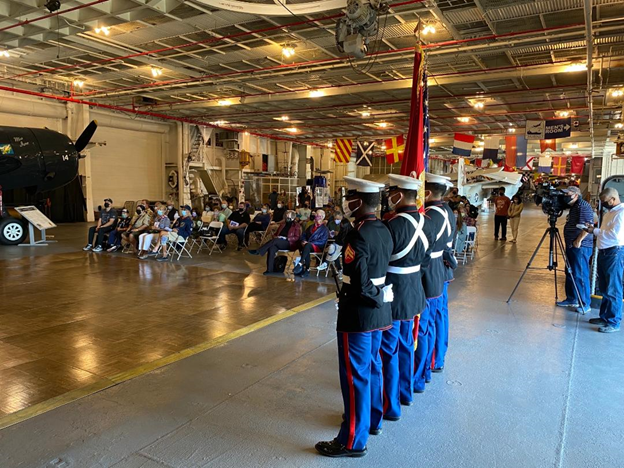 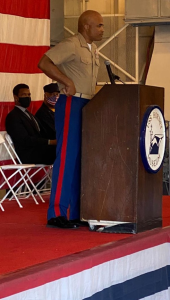 Inequities in health outcomes have always been with us. COVID-19 morbidity and mortality rates among African Americans rival or exceed those in heart disease, diabetes and other illnesses. Blacks sit atop most bad lists and at the bottom of most good lists. 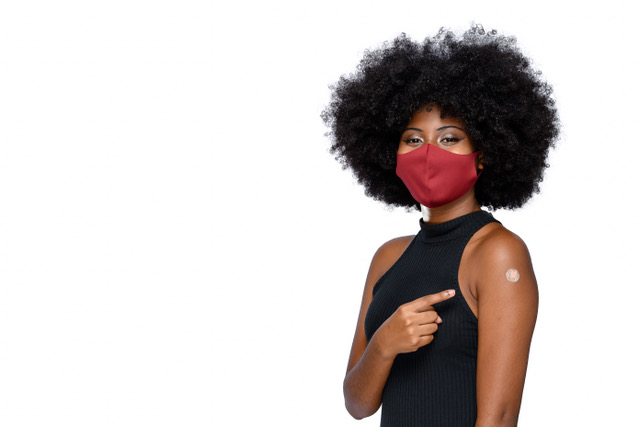 The trail of illness and death left amid the spread of COVID-19 in Black and African American communities should come as no surprise.

Inequities in health outcomes have always been with us. COVID-19 morbidity and mortality rates among African Americans rival or exceed those in heart disease, diabetes and other illnesses. Blacks sit atop most bad lists and at the bottom of most good lists.

COVID-19 vaccinations offer us an opportunity to better balance the scale.

Unfortunately, even with widely available testing, highly effective vaccines, and extraordinary efforts by health departments to educate and encourage people of color to get vaccinated, many Black Californians remain skeptical.

We can only hope that the FDA’s full regulatory approval of the Pfizer vaccine on August 23 for those 16 and up convinces more to get the vaccine.  It’s worth noting that emergency-use authorization also remains in place for the Moderna and Johnson & Johnson shots, as well as Pfizer’s for 12- to 15-year-olds – and that all of these vaccines are safe and effective in protecting against COVID-19 and its highly contagious variants.

Eddie Fairchild and Steph Sanders were skeptical about the COVID-19 vaccine but came to understand why vaccination benefits our entire community.

Fairchild, a Sacramento insurance agent, said he knew of research that found Black and white people are often treated differently for the same health conditions leading to poorer health outcomes.

“I was hesitant,” he said. “I was going to wait and see how it panned out with everyone else.

But when a Black friend in the health care field told him he’d opted to get vaccinated, Fairchild asked him why.

“He said, ‘Risk-reward, and the risk is death.’ At that point I didn’t have to ask him what the reward was.”

With a finance degree and a belief that numbers don’t lie, Fairchild looked at the data. He learned that until 2020 the average number of Americans who died each year was about 2.6 million, but in 2020 that figure was 3.4 million. There was only one possible explanation for the death rate surge, he said.

“COVID is absolutely real,” he said, adding that three of his cousins died from the virus. “Taking all that into consideration, I decided that it’s risky to engage in the world and not be vaccinated. It made sense for me to get it.”

Racial gaps in vaccination have thankfully narrowed in recent weeks. But as of September 1, while Black people account for 6% of the state’s population, they account for 6.6% of COVID-19 deaths, which is 11% higher than the statewide rate, according to state department of public health data. Only about 55% of Black people in California have had at least one dose of the vaccine.

Reasons for the discrepancies run the gamut, from conspiracy theories like Black people are getting a less effective vaccine than whites or that the vaccine will eventually be deadly, to challenges in health care access.

Mostly, it’s based on a lack of trust in medical and scientific institutions, which have a long history of racism and mistreating Black people.

So even when it comes to good things like vaccines, which are scientifically proven to be good for the community, it always comes back to trust.

Sanders, a Vallejo school principal, was hesitant because of the Tuskegee syphilis studies in which Black men who had the disease were intentionally not treated with penicillin. And he was dubious that an effective vaccine could be developed so quickly.

In fact, the science and technology enabling development of the COVID-19 vaccines was in development for a more than decade before the virus emerged in 2020. The FDA authorized three vaccines for emergency use after they underwent a rigorous process and were proven through trials to be safe and effective at preventing severe COVID-19, hospitalization, and death.

He decided to get vaccinated when his school board decided last spring to bring students back into classrooms.

“I’m a leader and people are relying on my knowledge,” he said. “I tell them, ‘Don’t make this about you, but about the people you love and care about. It’s about protecting them.’”

There is still a long way to go before Blacks achieve true health equity, but vaccination against a virus that is taking a terrible toll on our communities is a critical step in the right direction.