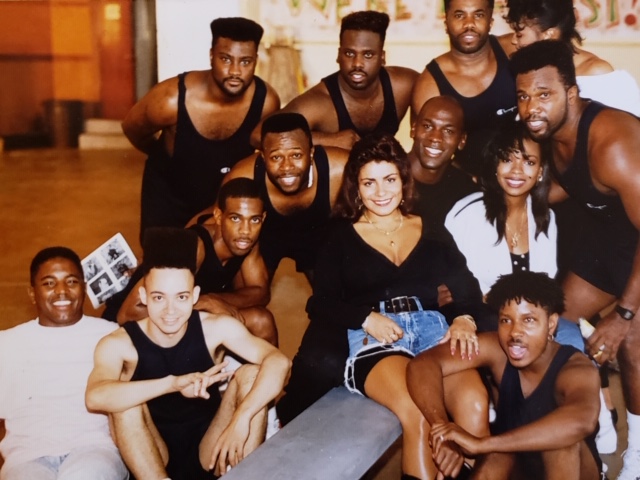 The rebranding of Michael Jordan’s Legacy was launched recently on ESPN as a 10 part mini-series, entitled The Last Dance. The highly anticipated docuseries premiered to high ratings. The series focuses on Jordan’s heroic performances on the court and in the locker room, as a Chicago Bull.

However, little has been spoken about Jordan’s “giving.” Often criticized during his playing days, for not advocating publicly for causes and concerns affecting the African American community. One person locally has a different perspective. Emmy Award-winning television producer/social impact adviser, Gary Reeves. Reeves’ credits Jordan’s quiet philanthropy for his philanthropic drive today. Gary Reeves, the creator NBC’s hit show GIVE, hosted by Jenna Bush and Blair Underwood. Reeves, who served as the Golden State Warriors Spiritual advisor for twelve years starting in the ’80s, approached Jordan to get his blessing to tell the story of Jordan being cut from his high school basketball team. Reeves felt the story was socially relevant for kids of color. Jordan graciously approved the request. Reeves went on to approach NBA Entertainment to finance the production “Michael Jordan’s Playground.” It was the first request of its kind at the time.

Reeves, to this day, deeply respects  Jordan’s empathy for people often overlooked, and how his under-celebrated giving has impacted underserved communities. I’m a result of his “butterfly effect,” which provided me the confidence and empathy to tackle what seemed impossible. We have a Blair Underwood Medical Center in D.C. and a tech lab in Oakland, Ca, Magic Johnson HIV/AIDS Medical Centers in San Francisco and Out of Closet retail stores, grants for students and nonprofits, on the back of his belief in one person. Truly making the “impossible” possible.

Jordan’s drive and spirit show people what is possible. “In my own fight against all odds, Michael’s belief and trust in me, has impacted my confidence in tackling hurdles that I’ve been able to overcome. Most importantly my personal health and children’s health.  In addition, believing “giving” provides emotional strength to sustain one’s healthy being.”

Jordan’s giving attitude has contributed millions of dollars to charities, but his spirit has transformed hope in many communities. Reeves thanks Jordan for confirming, “Anything is possible.”