COMMENTARY: Lying to get DNA evidence from innocent people should not be tolerated
Advertisement

U.S. Congressman Jim Clyburn Says Gov. Newsom Must Appoint Black Woman to U.S. Senate
The Fourth Amendment protects all private citizens; the innocent perhaps even more than those suspected of criminal activity. The taking of DNA from a person not suspected of a crime, by lying to that person, in order to obtain evidence against her son, was shocking behavior. (Photo: iStockphoto / NNPA) 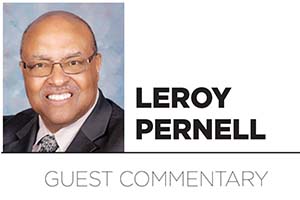 A horrible tragedy occurred in 2001 when 25-year-old Christina Franke was brutally murdered in her central Florida home. Without leads, the case remained unsolved for 17 years.

In 2018, Orlando police, using a relatively new technique referred to as “Target Testing” sought out family DNA information for use in a program called GEDMatch. The acceptance of such programs in court has yet to be fully determined.

However, a key component has been the use of family DNA voluntarily submitted in programs such as Ancestry.com and 23andMe.

Voluntarily submitted. That is the context for a second tragedy that has now unfolded. In October of 2018, Orlando police went to the home of Eleanor Holmes in Valdosta, Georgia.

There the police approached Mrs. Holmes at her front gate and asked her if she would consent to providing a DNA cheek-swab so that police could identify a possible relative in Orlando who had been found dead many years earlier. That was a lie.

Orlando police were actually looking for evidence to link Mrs. Holmes son to the murder of Christina Franke.

It is unclear whether police had sufficient evidence to form probable cause for such suspicion but what was clear is that police had already used this lie to trick other members of Mrs. Holmes family into providing a DNA sample.

The information gained from the police deception was used to ultimately charge Mrs. Holmes son, Benjamin Jr., with the death of Christina.

Benjamin has pled not guilty and it remains to be seen what role this largely unproven and deceptively received DNA evidence (the DNA not of the accused but of his family) will play in that trial.

Trickery is not ethical

Issues of the DNA reliability aside, the issue here is not the guilt or innocence of the accused but whether an American citizen not accused of anything, can be tricked into causing her child to be prosecuted.

Taking personal DNA information from private citizens, without a warrant and through deceit, is an outrageous, unreasonable and unconstitutional invasion of privacy. The Florida Association of Criminal Defense Lawyers in 2018 challenged the proposition that lies can be used to gain consent to enter a home.

That situation involved a defendant’s home. This situation is much worse. Mrs. Holmes is not a suspect and information from her body receives much greater Fourth Amendment protection than does the home.

The Florida Supreme Court has only approved obtaining saliva samples by deception-obtained consent only from a defendant who was already in custody pursuant to probable cause.

The Fourth Amendment protects all private citizens; the innocent perhaps even more than those suspected of criminal activity. The taking of DNA from a person not suspected of a crime, by lying to that person, in order to obtain evidence against her son, was shocking behavior.

It was also unnecessary. There was no indication of an attempt to obtain a warrant, or indeed, being honest with Mrs. Holmes as to the real purpose. She may well have cooperated in order to clear her son’s name.

Nor is there any indication that exigent circumstances existed that might justify warrantless action.

While there is precedent for allowing police to lie to a suspect after the suspect has knowingly, intelligently and voluntarily waived his or her right to remain silent, in order to obtain a confession there is no such precedent for innocent persons to be tricked into an invasion of their privacy.

Consent to a search obtained through trickery is not a valid consent particularly as to personal and private information within our bodies. Such information is entitled to the highest level of Fourth Amendment protection.

DNA information contained within our bodies, whether it be blood, urine or saliva has consistently been held to be protected by the Fourth Amendment from unreasonable removal from our bodies by the state.

Not only has such received Fourth Amendment protection, but such actions have been held to require a warrant in the absence of exigent circumstances. With the passage of 17 years, the situation can hardly be described as an exigent-emergency circumstance.

In 1968, the United States Supreme Court said that when police obtained consent to enter a home by lying about the existence of a warrant, such consent was invalid.

While invasion of our protected privacy can be justified by consent, that consent requires real consent. Not consent based on a lie. LeRoy Pernell is a professor at Florida A&M University’s College of Law in Orlando.

The post Lying to get DNA evidence from innocent people should not be tolerated appeared first on Florida Courier.