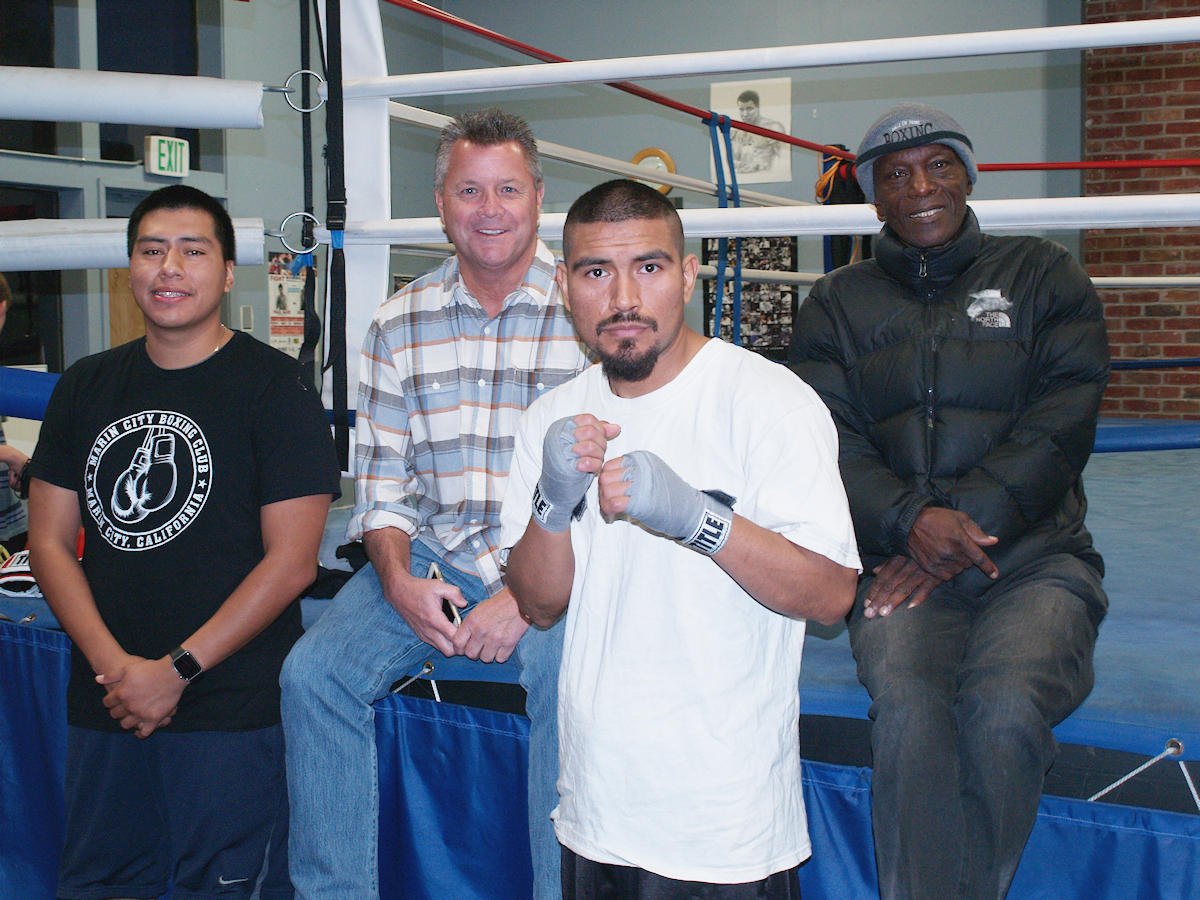 Oscar Mendoza, an amateur boxer who trains at the Marin City Boxing Club in Marin City, will fight his first professional boxing match in Los Angeles on Sunday, Dec. 22, 2019.

Mendoza does not want to wait too much longer to begin fighting professionally. If he starts soon, he will still have nine more years to fight until he is 35 years old.

He says that to know if he is ready to fight professionally, he will just go out and do it, and learn a little bit at a time as he goes along.

Mendoza, a native of El Salvador, has lived in Marin County since he was 6 years old.  He began boxing at the age of 10, when his father brought him to the Marin City Boxing Club, which became his home gym. Edward “Boone” Green became his trainer and mentor.

He initially started boxing for fun, trained for a year, then quit to focus on school.

Mendoza got into trouble and spent 14 years in a group home. During that time, he dedicated himself to boxing, and has been boxing for last 15 years. So far, Mendoza  has fought a total of 24 matches, in which he won 16 and lost eight.

Mendoza works at a senior citizen center.  A family man, he has a wife who supports his decision to box professionally, and two children ages, 12 and 1.

Peter Thompson, who helped build the new boxing gym in Marin City, will be sponsoring Mendoza whom he met 10 years ago in the old gym. Thompson will help Mendoza with his travel, hotel and other expenses.

Information on who Mendoza’s opponent will be, and when the fight will be televised, will be forthcoming.