Faye and Folks at Geoffrey’s

'We who reach for the stars!' at Oakland Tech Auditorium, Jan. 16 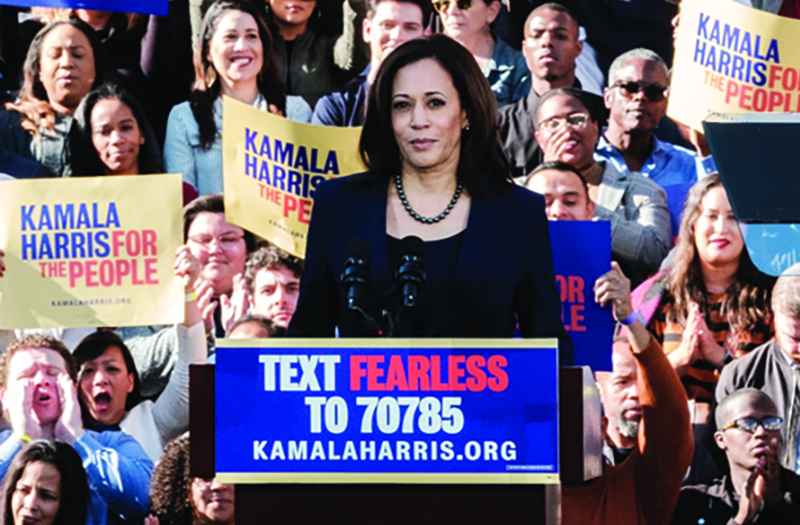 Kamala Harris returned to her birth place to kick off her campaign for the US presidency with some hometown flair. The Clouds cleared for a rally that drew an estimated 20,000 people to Oakland’s City Hall on Sunday, Jan. 27, the crowd overflowing out to Broadway and E. 14th street.

Schaaf said she met Harris in her youth—their parents were friends. Schaaf spoke about Harris’s leadership at SF MOMA in establishing an art program in West Oakland. “Before anyone was watching, Kamala was fighting for the people, and that is why she is the leader this country needs,” Schaff enthusiastically told the assembly. 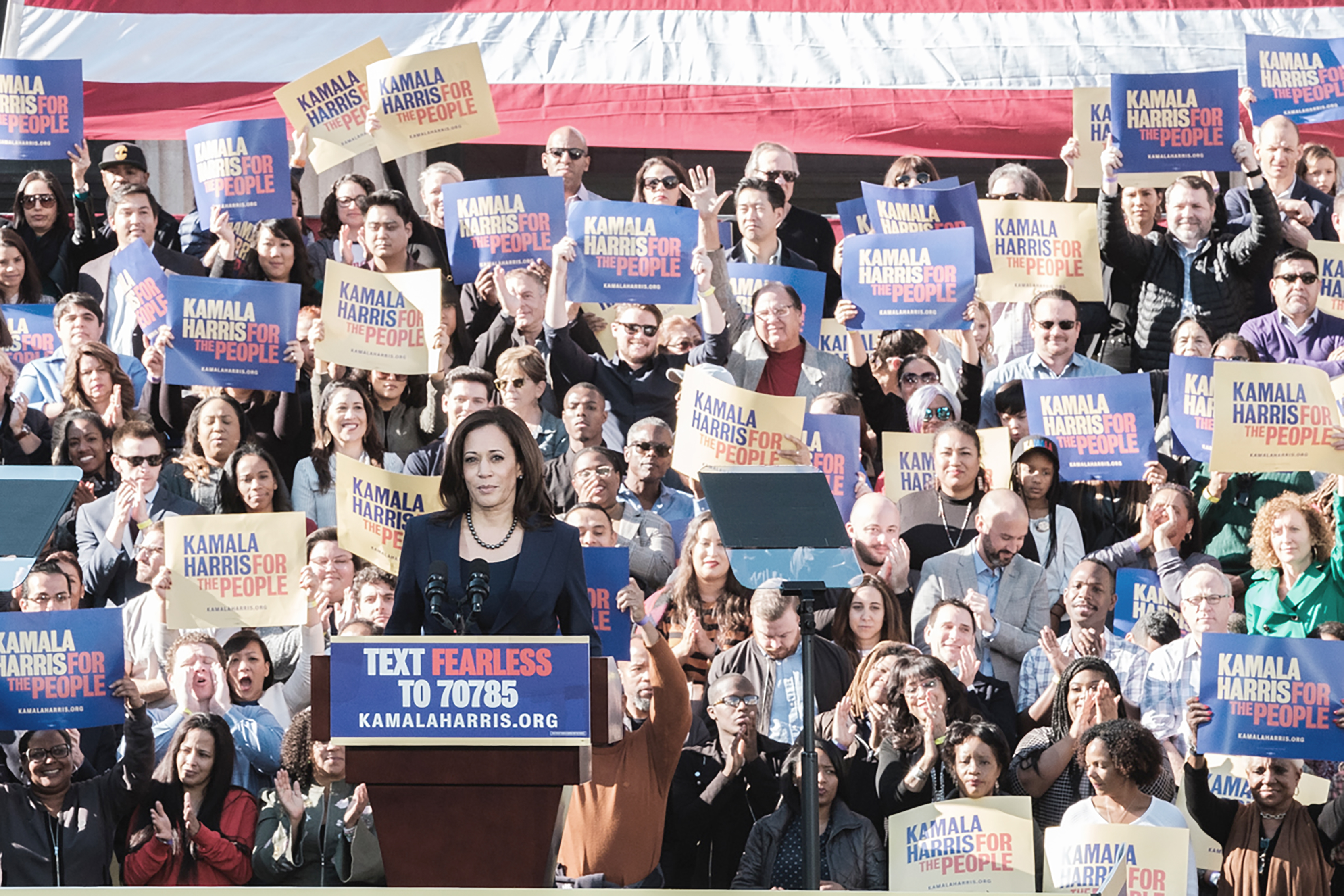 Kamala Harris, currently the junior senator from California told her hometown supporters: “I am so proud to be a daughter of Oakland.” Her parents—a father from Jamaica and a mother from India—met at UC Berkeley and were part of the Civil Rights movement. She added, “We were raised in a community where we were taught to…be conscious and compassionate about the struggles of all people.”

Her campaign slogan, “Kamala Harris for the people” came from her first days in court as a DA. Her experience in that position taught her about flaws in the criminal justice system, she said. Now, she added, “‘For the people’ meant fighting for middle class families who had been defrauded by banks and were losing their homes by the millions in the Great Recession.”

Harris listed several issues facing the working class today that her campaign will address: the income gap across both gender and race lines, over-incarceration of Black men, affordable housing, the opioid crisis, and “age-old forms of hate”—racism, sexism, and homophobia. 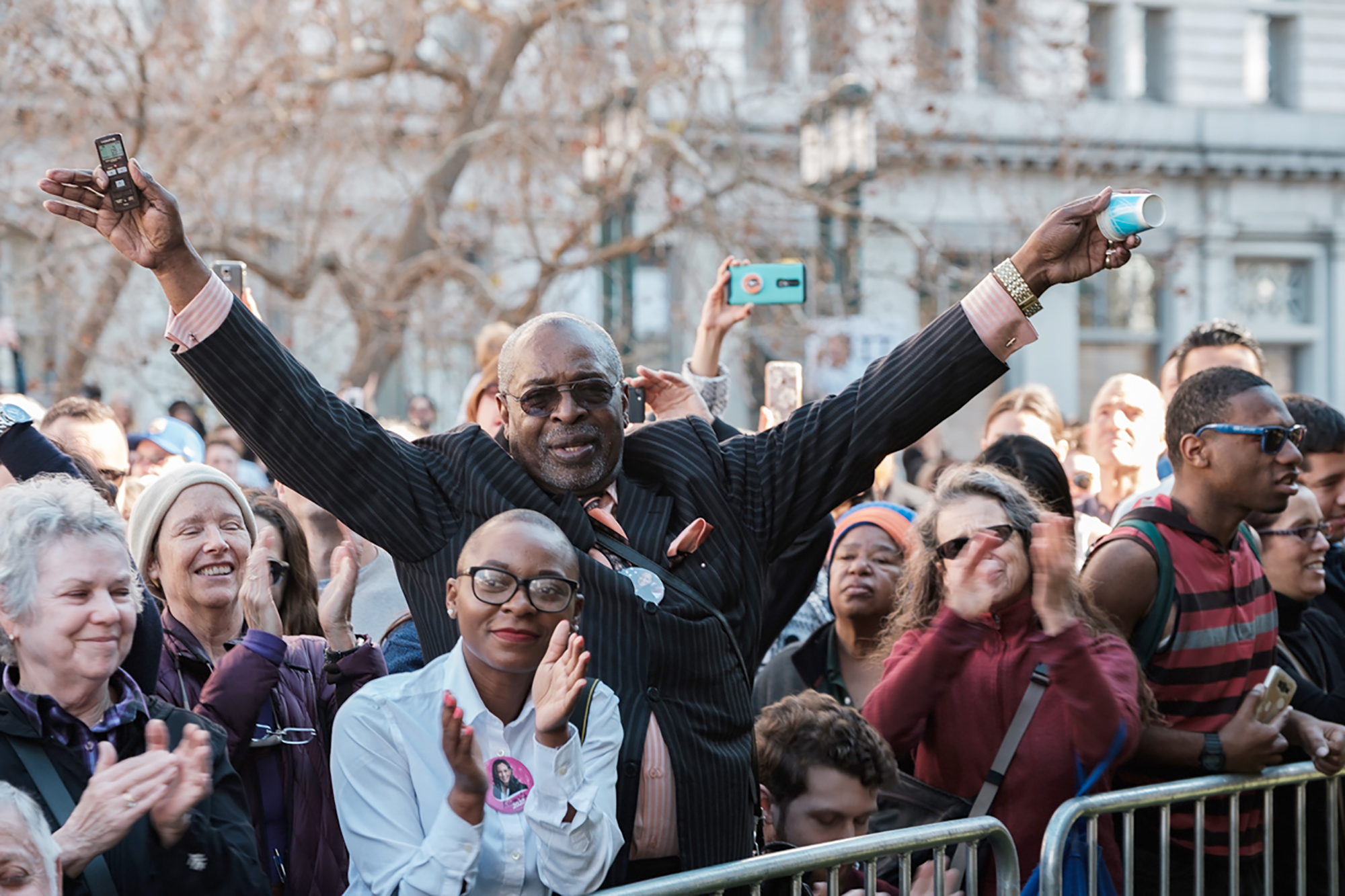 An enthusiastic crowd greets Kamala Harris as she kicks off her campaign for the US presidency on Jan. 27, 2019. Photo by Amir Saadiq

Harris acknowledged that Climate change is real and a serious problem, bringing floods and drought to the heartland. “We will act on science facts, not science fiction,” she said.

Harris called out current government leadership for hurting the American people. “We have leaders who attack public schools and vilify public school teachers—that’s not our America. When bankers who crashed our economy get bonuses but workers who brought our country back can’t even get a raise—that’s not our America. And when American families are barely living paycheck to paycheck, what is this administration’s response? Their response is to try to take away health care from millions of families,” she said. She also promised Medicare for all and a big middle class tax cut, paying for it by reversing the Trump tax giveaway.

Yet she insisted that we not allow the current state of affairs divide us as a country. “Our United States of America is not about us versus them. It’s about ‘We the People’!” she said, garnering energetic applause, and continued, “And in this moment, we must all speak truth about what’s happening. “

Then she said “I stand you before to announce my candidacy,” and the crowd again erupted into cheers and applause.

“Its up to us, each and every one of us…we have the power of the people,” Harris concluded. “We can achieve the dreams of our parents and grandparents. We can reclaim the American dream for every person in this country. So lets do this! And let’s do it together!”