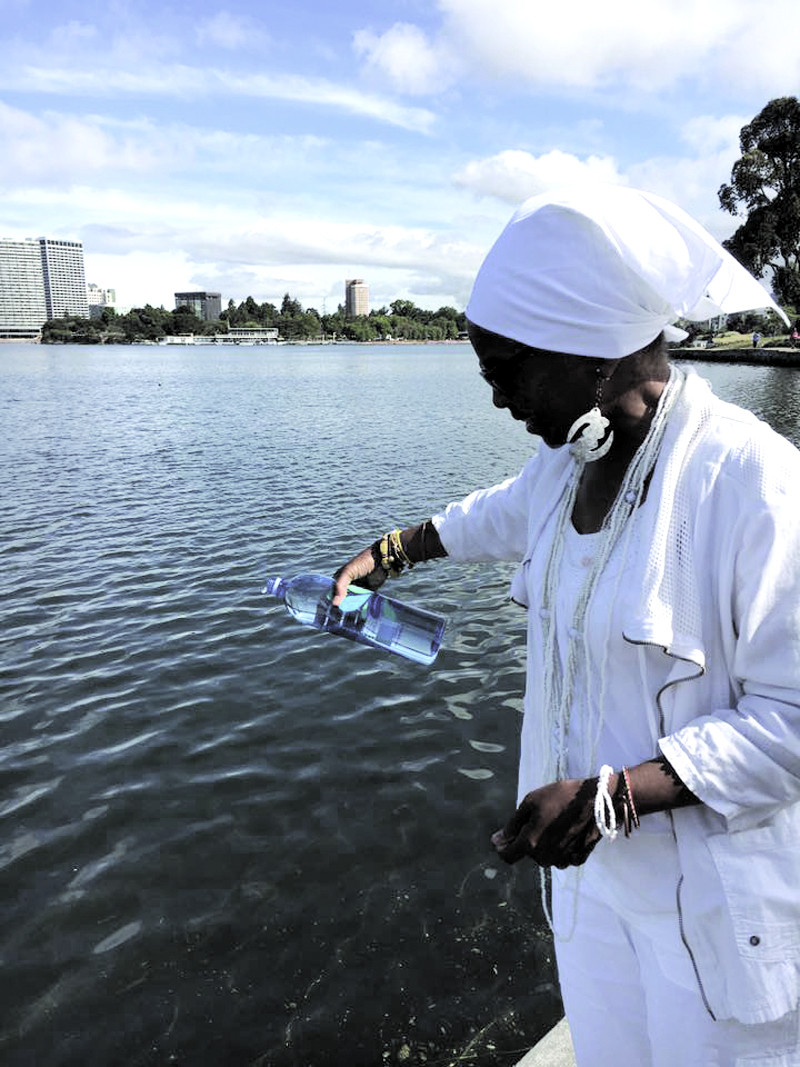 An international coalition commemorating African ancestors of the Middle passage has joined in the 400 Year Commission to observe “LET’S TALK”: The International Day of Drumming and Healing, June 19, 2019.

The Commission references the first enslaved Africans’ from Angola arrival at Ft. Comfort, Virginia, in 1619.  This commemorative day will focus on healing and reeducation among Africans in the Western Diaspora and beyond.

It will mourn the terror and trauma endured by African descendants over those four centuries occasioned by the Transatlantic slave trade; forced family dissolution; centuries of degradation based on race (e.g., slavery, peonage, lynching, Jim Crow, and structural racism); myriad socioeconomic disparities and, now, mass incarceration.

ICCAAMP, (International Coalition to Commemorate African Ancestors of the Middle Passage) was formed in 2015 to organize activities that are designed to remember the millions of Africans who were sold, kidnapped, shipped then died along the route from Africa to the Americas.  ICCAAMP also honors and commemorates those who survived the transatlantic trafficking in African people known by the Swahili term Maafa,  or Black Holocaust or Middle Passage.

Previously, ICCAAMP has proclaimed every second weekend in June (beginning in 2016) as the international commemoration to Remember the Ancestors of the Middle Passage – the Maafa, with simultaneous activities hosted by ICCAAMP member communities across the United States and internationally.  This year, it will begin with prayers and the pouring of libation promptly at 12:00 noon EDT on Saturday, and continued prayer services at Black religious and spiritual institutions on Sunday – this year the dates are June 8-9, 2019.

In Oakland, the Bay Area Libations for African Ancestors of the Middle Passage is Sat., June 8 at 9:00 a.m. sharp at the fountain at Lake Merritt across from Lucky’s on E.18th Street.

The commemoration of the 400th anniversary of the arrival of Africans on U.S. soil will be on Tuesday, June 19, 6-9 p.m., at Joyce Gordon Gallery, 406 14th Street, in downtown Oakland. “We will host a free screening of ‘Sankofa,’ with discussion following, said Wanda  Sabir, CEO, MAAFA Commemoration San Francisco Bay Area and ICCAAMP Founding Organization Member

The annual commemoration provides an opportunity for members of the African-descended community to remember the millions of Africans — men, women, and children, who were sold, kidnapped, shipped and who died along the route from Africa to the Americas.  By remembering, we honor and restore the humanity of the nameless faceless African Ancestors, and disrupt the collective amnesia.  We also begin the process of healing from the fear, pain, guilt and shame of the experience that continues to traumatize the African descended community today, and we start the restoration of cultural identity, dignity and pride.

ICAAMP is calling upon individuals in the Black community who are unable to host their own commemorations or participate in activities hosted by Coalition members, to observe a minute of silence and prayer wherever they are at 12 noon EDT, on the Saturday to remember the ancestors of the Maafa.

The Coalition is also requesting all Black religious and spiritual institutions to dedicate a service in remembrance of the Ancestors of the Middle Passage.

ICCAAMP is seeking to identify other African-descended communities which conduct commemoration ceremonies as well as those who are interested in hosting ceremonies to join the Coalition.

For more information on local celebrations, please reach out to Wanda Sabir at (510) 255-5579 or email at maafasfbayarea.com@gmail.com