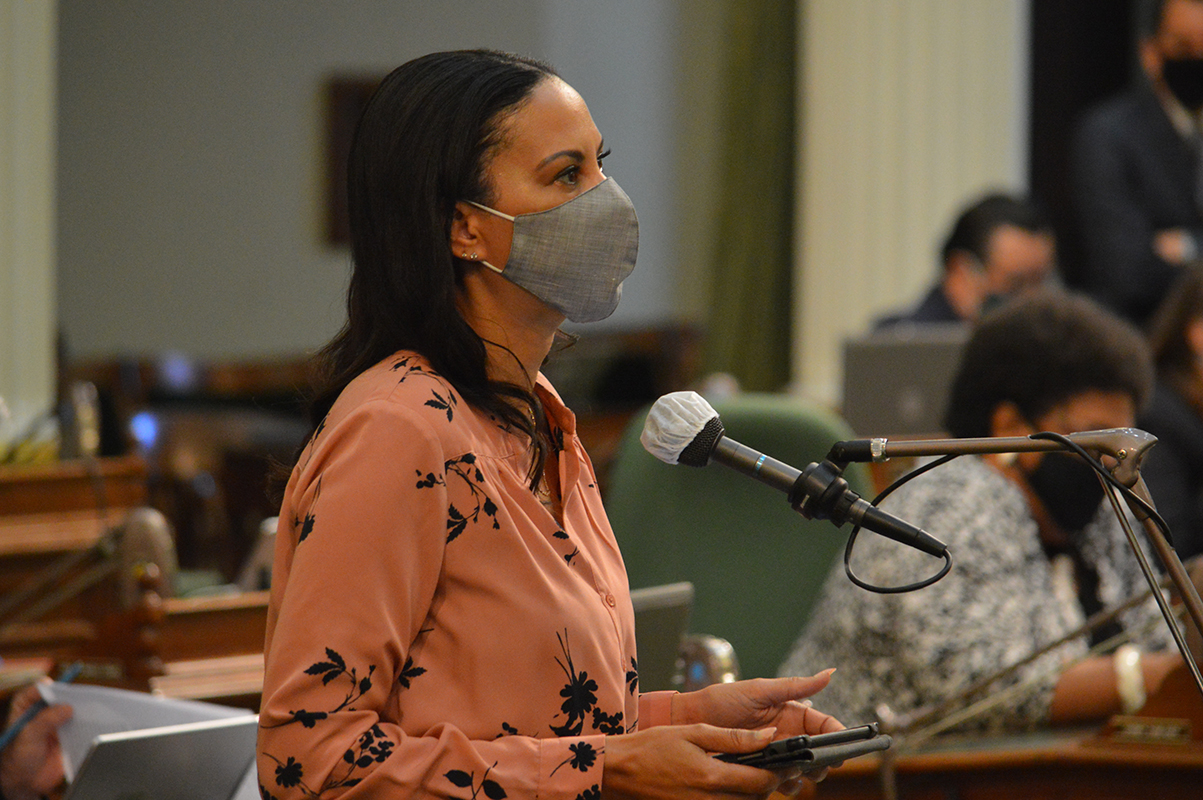 Lobbying firms, public interest advocates and some California constitutionalists are concerned about what would happen if the Legislature approves a rule that would allow lawmakers to vote in their absence.

They are also urging Californians to vote ‘no’ on a similar measure that might make it to the November ballot as a proposition.

“It has been widely reported that the Assembly is going to consider a ‘rule’ allowing ‘proxy voting’ on the Floor,” wrote Thomas W. Hiltachk, the attorney for the Institute of Governmental Advocates (IGA) in a letter to Assembly Speaker Anthony Rendon (D-Lakewood) and Diane Boyer-Vine, the legislative counsel at the State Capitol. The IGA is a non-partisan organization that represents professional lobbyists and lobbying firms in Sacramento.

“The proposed rule is clearly unconstitutional and threatens the legality of any bill passed using proxy votes,” Hiltachk’s letter continued.  “The Legislature cannot now by rule, [do] that what can only be achieved by amending the Constitution.”

The COVID-19 pandemic has changed how people in California live and transact business in almost every aspect of life – from personal activities like grocery shopping and dining out to social and civic duties like voting and serving on juries.

It is no different for the Legislature.

“Given a spike in COVID-19 cases across the state, the Assembly is obliged to pursue safety with more stringent measures,” Speaker Rendon said in a statement explaining the rationale of allowing members to vote when they are not present for a vote. “As a result, we will implement very limited proxy voting for floor sessions to allow our most vulnerable members to participate without being physically present on the Assembly floor.”

If the proposition makes it to the November ballot, and if voters approve it — the measure would allow California legislators, from a distance and without physical contact, vote in a legislative proceeding — or to vote by proxy in a legislative proceeding.  The vote will have to be permitted by the Assembly or Senate in the event of a state of emergency declared by the governor or the President of the United States.

Burke said in a Twitter post at the time that she had “mask-to-mask” exposure to COVID-19 on June 26 and was tested for coronavirus on the 4th of July. She was present on the Assembly floor on June 10, she said when she voted in favor of allowing a measure to be placed on the ballot that could reverse Prop. 209, a 24-year-old law that bans Affirmative Action in the state.

Burke, 46, who was elected to represent California’s 62nd Assembly District in 2014, went into quarantine with her 6-year-old daughter.

“I was shocked, disappointed, and heartbroken,” Burke said after she learned she tested positive for coronavirus. “It’s been a tough journey. For us, my daughter and I were symptom-free. So, (it was) much less for us about actually having it. But the heartbreaking feeling that you will feel is when you know that you have affected somebody, put their life in jeopardy, will destroy you.”

The main focus of H.R. 100 is to have the California State Assembly adopt a rule to allow proxy voting during the COVID‑19 state of emergency. Like Burke, the pandemic has affected other members of the Legislature and staff.

But even with the risks, some advocates say the process of making laws is too important to not follow standard procedures.

“We know there’s a crisis, but we have to hold people voting on legislation that will impact all of our lives accountable,” said Salena Pryor, founder of the Black Small Business Association. “One of the dangers of rewriting the voting rules is that you shake up the entire process and we have no guarantee that the public will have a chance to give our input and let our elected officials know how we feel about the legislation.”

HR 100 first was introduced into the California State Legislature as Assembly Constitutional Amendment 25 (ACA 25) on May 21. The Assembly voted 60 to 13 to pass ACA 25 on June 10. The California State Senate did not vote on ACA 25 before the deadline on June 25 or the extended deadline of July 1, 2020.

Hiltachk insists that proxy voting is unconstitutional, arguing that legislators have a duty to make the sacrifice to vote in person even if there is danger involved.

“Many Californians have been classified as ‘essential’ workers. They show up to work every day, many caring for the sick, disabled, aged, or infirmed. Many work to keep our communities safe and others work to keep the engine of the State’s necessary economy running. In our view, Members of the Legislature are also ‘essential,’ and adequate safeguards can be put in place to protect all of us,” he wrote.