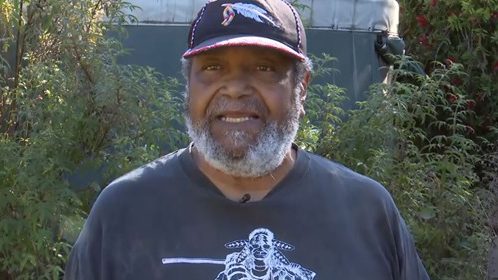 People across Oakland are  reacting with shock and anger this week as news spreads that highly respected community elder Wilson Riles Jr. had been tripped to the ground, injured and arrested by police when  he went to the City  to deal with an ongoing zoning  dispute he had with the city’s Planning (Zoning) and Building Department.

A number of people went to the City Council’s Public Safety Committee meeting Tuesday evening to raise their concerns about his arrest.

Rlles, who is 73 years old and served on the Oakland City Council from 1979 to 1992,  had gone to the city zoning office a little after 8 a.m. last Thursday morning. He was arrested and taken to Santa Rita for battery on a police officer at about 9 a.m. after a staff member called 911 Santa Rita. He was released at about 11:30 p.m. after posting a $20,000 bond, according to KPIX Channel 5.

Riles told the Oakland Post that he had received a call Monday afternoon from OPD Chief Anne Kirkpatrick, who told him that she had talked to the District Attorney and that all charges against him were being dropped. The chief has ordered an internal affairs investigation into the incident, according to the City.

Riles said he was planning to file a complaint with the Police Commission and is being represented by Civil Rights Attorney Walter Riley.

“We are definitely going to follow up on this,” he said. “I’ve been working on this issue of police accountability for 50 years, both before and after the 13 years I was on the City Council. This is unacceptable and unjust. I am bruised and sore but, more than that, I am mad that our City, our Zoning (Planning) Department, and our Police Department could remain so prejudiced  and brutally callous in its treatment of any Oakland resident.”

Riles sees his arrest as related to the city bureaucracy’s willingness to uncritically throw its weight behind gentrifiers’ complaints against the spiritual center he has created in his backyard. These actions are similar to the complaints that led to the BBQing While Black protests at Lake Merritt and the City attempt several years ago to shut down evening choir practice at a church in West Oakland, which led to a “Make a Joyful Noise” protest and celebration.

“This is an additional harassment tactic after four years of struggle over what me and my family and friends do in my own backyard: pray, seek sustainability, and grow fruits and vegetables,” he said.

He said the arrest occurred while he was leaving the city office after a frustrating meeting with city staff. He was talking to a staff member in the office, and followed him through an open door into the back room where he asked to speak to a supervisor. He and the supervisor walked out of the back room where he had an unsatisfactory discussion in the office and he decided to leave. At that point, he was confronted by four police officers who blocked his way. He was not told he was under arrest. When he attempted to get by one officer who blocked his way in the hall, he was tripped to the ground, handcuffed and arrested.

Riles and his family have been embroiled  in a zoning dispute with the city for the past four years over neighbors’ complaints about a vegetable garden, temporary structures and a sweat lodge on his Laurel District property for Native American spiritual practices. Dealing with all the city obstacles has cost him about $7,000, he told the Post, but he eventually cleared all the hurdles and was approved by the Planning Commission. An attempt to overturn that approval was rejected by the City Council.

However, once again City staff was throwing up new objections.

“I insisted on speaking to his supervisor. Eventually, a supervisor, Rich Fielding, showed up and we sat down to discuss the issue, unsatisfactorily. Mr. Fielding indicated that he would look at a document that does not deal with this issue and that he would  get back to me after I left the office.

“As I got up to go, four or five police officers arrived and blocked my way, never indicating to me that they were arresting me for anything. I continued to try to leave, and they grabbed me, attempted to twist my arms behind me, and tripped me, throwing me to the floor. These officers made no attempt to deescalate the situation. Handcuffed, I was hustled out of the building into a waiting police cruiser.

“Around 11:30 a.m., I was switched into a paddy wagon and driven to Santa Rita Jail to be booked.”

In a statement released by the City, spokesperson Karen Boyd said the City has to balance protecting Black residents and the need to protect employees against workplace violence.

“We recognize the arrest of former Councilmember Wilson Riles … raises deep community concerns.” Calling it an “unfortunate incident,” she said the city had to deal with “two disturbing national realities … the use of force by police against Black men as well as a heightened fear of workplace violence.”

Contrary to what Riles said had happened, she wrote that “Mr. Riles was detained following a 911 call regarding a city employee who reported a hostile man had chased a city inspector into the restricted staff-only area. Mr. Riles was later arrested on suspicion of battery on a police officer.”

Riles said that, unfortunately, this response of blaming and tainting the victims of police violence happens in Oakland just as it does in every other part of the country. “There was no physical threat from me toward any city staff person,” he said.

“After reviewing incident reports and Personal Digital Recording Device footage from the involved officers, Chief Anne Kirkpatrick has ordered a thorough Internal Affairs Investigation of the incident, as well as encouraged Oakland’s Community Police Review Agency to conduct an independent investigation.” Boyd wrote. “In order to not compromise the integrity of these critical investigations, the City of Oakland will not be releasing further information about this incident until these investigations are sufficiently complete.”

Reacting to the city’s statement, several community members told the Post that they are outraged that the police would knock down and arrest an elder – not even telling him he was under arrest.  “Why would the police arrest an angry and frustrated client in the lobby of a city department – without even attempting to mediate or deescalate the dispute?” said one community memeber.

Others said they found the city’s explanation shocking.  “Justifying battery on a Black man by some supposed ‘fear of workplace violence’ is the same rationalization  Black people have faced for 400 years.  Is the planning department frightened of violence when they are visited by developers?”

Some also said that the statement signals Black residents  that they should stay away from the most important department of the city, Economic Development, because an employee can declare himself “afraid” at any moment.