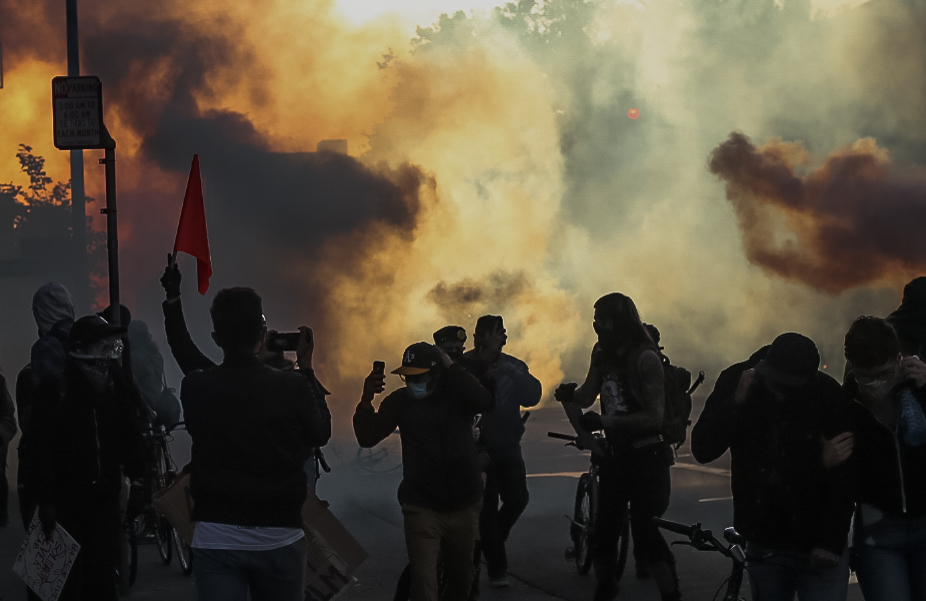 Representatives of social justice organizations and individuals announced a civil rights class-action lawsuit Thursday against the City of Oakland in the wake of police violence during protests May 29 and June 3.

During the protests, Oakland police and other law enforcement agencies used tear gas, rubber bullets, flashbang grenades and other “nonlethal” weapons against students who marched into the downtown area and people protesting near police department headquarters.

The lawsuit seeks an injunction to ban the use of tear gas, flash-bang grenades, wooden and rubber bullets, and other dangerous tactics against protesters.

It also seeks damages for persons injured by the police on May 29 and June 3.

“We are seeking relief in the courts, but we demand that the mayor and City Council finally take the steps necessary to create a police department whose leaders and officers are held strictly accountable for violations of people’s rights,” said Riley.

Pics before and after peaceful protesters were tear-gassed in #Oakland. The gas came without warning 20 mins before Oakland's new 8 p.m. curfew. The crowd was mostly youth but unclear whether all were part of the initial protest that began at @ Oakland Tech. #GeorgeFloyd pic.twitter.com/H4EOy8fVhL