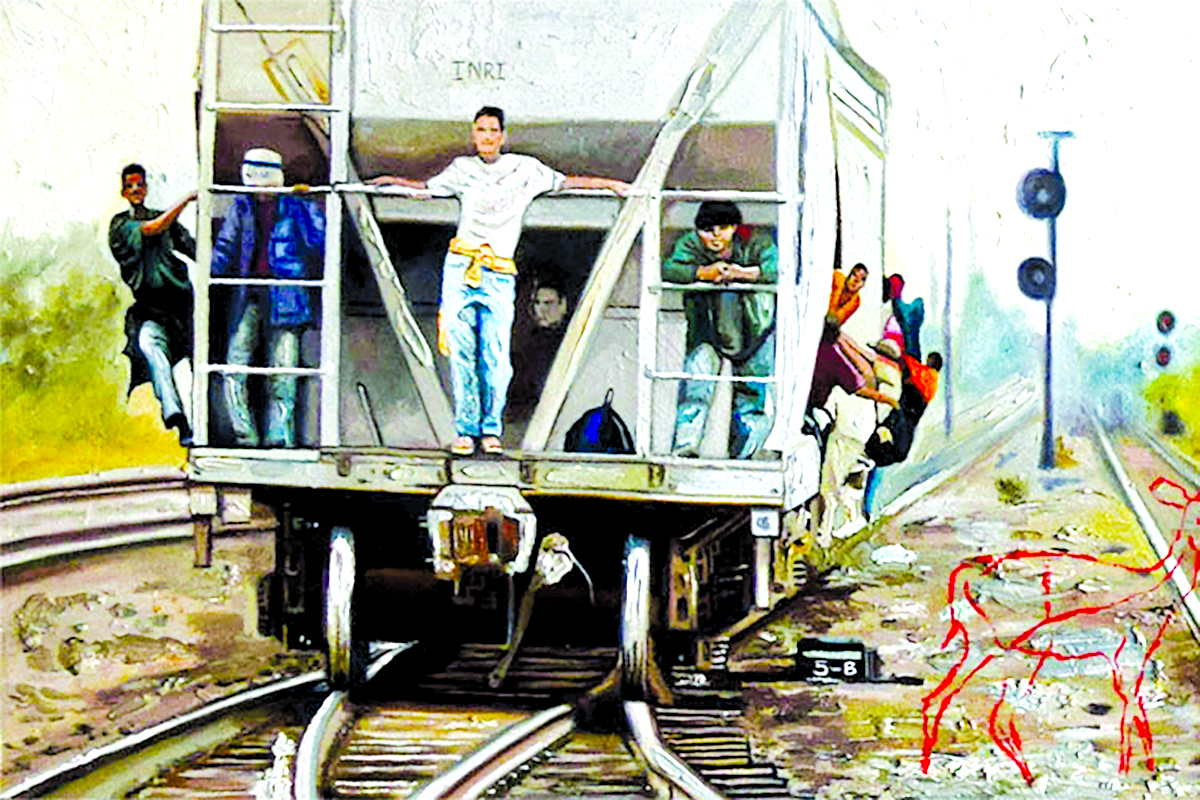 An art exhibition focusing on the train that carries up to half a million Central American migrants across Mexico toward the United States every year opened this week at UC Berkeley’s Center for Latin American Studies (CLAS). The exhibit, by the Artist Collective Against Discrimination, is titled

“Riding the Beast,” named for the notorious train that carries desperate Central American and Mexican migrants as it rumbles across Mexico.

CLAS is mounting the exhibit in collaboration with the Mexican Museum, the Consulate General of Mexico in San Francisco and the Mexican Agency for International Development Cooperation. Center leaders said the exhibit is intended to help promote dialogue from people from both sides of the U.S.-Mexico border at a time of intense national debate about immigration, human rights, walls and deportation.

The exhibit will be open to the public from 1 p.m.-5 p.m., Tuesday through Friday, through Aug. 10 at 2334 Bowditch St., about two blocks from the south edge of campus.

Related Topics:artscultureimmigrationmigrantsUC Berkely
Up Next