Are Democratic Legislators Working for or Against Oakland Schools?
Advertisement 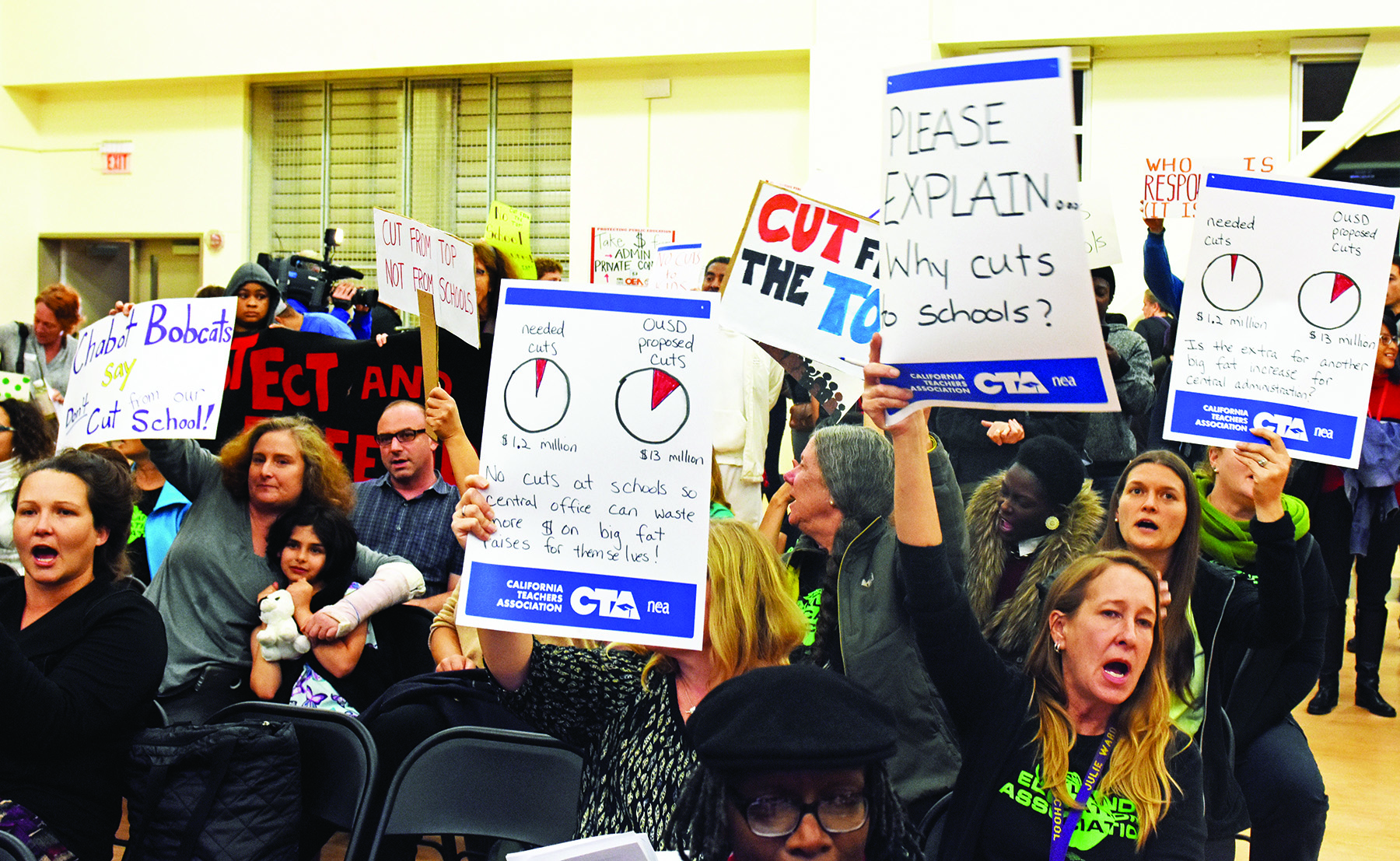 Oakland and several other school districts were hoping this month that legislators would be willing to adopt provisions in the new state budget that would give their districts the financial relief they need to stabilize their finances.

But unfortunately, the Democratic administration was not interested in putting out a helping hand to these cash-strapped districts, which are made up primarily of students of color.

The four districts—Oakland, Inglewood, Vallejo and South Monterey County—were all taken over by the state in the past 15 years and are still struggling to regain stability while repaying loans that were imposed on them by the state.

Oakland was forced to take a $100 million loan in 2003 even though its deficit at the time was only about $37 million. The district is scheduled to continue paying about $6 million a year until 2024.

Although the OUSD superintendent and school board now run the district, a state-appointed trustee still has veto power over all of the district’s financial decisions.

Inglewood, which went into state receivership in 2012, is paying $1.8 million a year on a $29 million state loan debt and remains under the control of a state-appointed administrator.
Legislators recently rejected a recommendation proposed by Assemblymember Rob Bonta, which would have given the districts a five-year deferment on those loans.

The money might have averted a teachers’ strike in Inglewood Unified, where the district and union reached a tentative agreement, contingent on the district being able to receive $4 million in “state relief” for at least two years.

Oakland Unified, which also faces a possible teachers’ strike, wanted to be included in whatever deal was offered to Inglewood.

“To continue to offer high quality education to the young people of Oakland, we believe that our leadership needs this temporary budget relief so that they can make strategic choices to preserve the financial integrity of our district,” said Oakland Superintendent Kyla Johnson-Trammell.

“The alternative could lead to draconian cuts that would hurt all students in our city.”
Oakland made $9.3 million in cuts this year and must cut another $10 million next year, according to district reports.

Assemblymember Bonta, (D-Oakland), worked with legislators from all four districts to provide the same relief to all of them, while recognizing that his proposal was a long shot, especially for Oakland.

He is now looking for other ways to obtain financial support for Oakland, according to his office.

“The state is not sympathetic to Oakland’s situation,” Bonta told EdSource. “I think there’s definitely push back from the administration on this, otherwise it would have been granted by now.”

Bonta said the governor’s administration does not look favorably at Oakland, in part because Oakland’s fiscal management has been criticized by the Fiscal Crisis Management & Assistance Team (FCMAT).

In an interview with EdSource, Michael Fine, CEO of FCMAT, said a just-completed analysis of district finances to be posted online soon shows that Oakland can meet its financial obligations at this time without state assistance.

“It’s in distress,” he said, “but Oakland doesn’t need this relief right now.”

According to FCMAT, which helped the state run the school district during the period of state receivership between 2003 and 2009, the district’s current financial woes are unrelated to the state takeover.

However, reports from the time show that under state receivership, with the involvement of FCMAT staff, the state spent Oakland’s $100 million state loan without consulting the community and ran the district’s finances without conducting any outside audits.

When receivership ended and FCMAT left, the district still had a deficit. Gov. Jerry Brown, who was mayor of Oakland at the time of the state takeover of the schools, was deeply involved in engineering the takeover, along with political allies. While mayor, he focused his efforts to support education by creating and fundraising for two Oakland charter schools.

Published by Post staff with material from EdSource/Theresa Harrington.