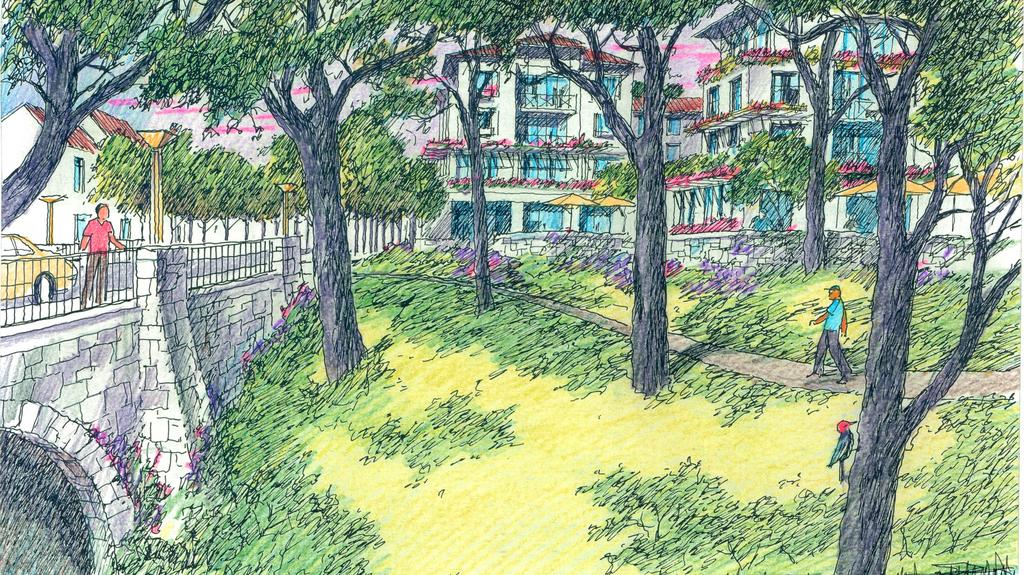 The Oakland City Council’s ongoing budget discussion reveals how the loss of redevelopment funding makes it more difficult for the city to generate revenues for jobs and housing services, especially to meet the needs of ever growing homeless population.

Even though Governor Jerry Brown took away Oakland’s flexible redevelopment agency funds after he – while serving as Oakland’s mayor – had utilized that pot of money to assist developers his administration approved of, City Council President Larry Reid still remains optimistic that the former Oak Knoll naval hospital site in his district can be a major opportunity to bring much needed revenues to the city.

Reid’s support for Oak Knoll began 25 years ago when he was the chief of staff to Mayor Elihu Harris, and now he is still touting the potential benefits of developing Oak Knoll.

“Oakland is a city in transition, and Oak Knoll’s commercial and housing plans will be a key part for the revitalization of the Upper East Oakland area,” said Reid.

Reid, who has helped establish residence-based hiring and entrepreneurial policies for the city’s formerly incarcerated and minority populations, claims Oak Knoll can change East Oakland for a lifetime. 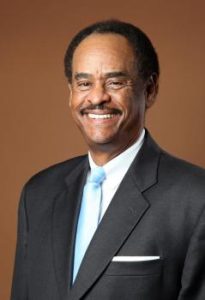 “This city has passed equity policies that are designed to give everyone an opportunity. This project brings community benefits that can help us meet that challenge.”

Reid cites a recent Economic Benefits Report that outlines how the Irvine-based SunCal developer could bring an estimated $54.4 million recurring revenues to the City of Oakland and create a total of more than 5,000 jobs,  including the hiring  of 2,500 people during the construction phases.
Reid, who constantly fights for East Oakland inclusion, says, “Oak Knoll is the second largest project in Oakland.”

“Oak Knoll can be a super catalyst to all the projects in my district,” he says. “And its success will also spill over into communities below the 580 Freeway.”

The Oak Knoll plan will include 935 new homes, 72,000 square feet of commercial retail space and a publicly accessible community facility that will provide 76 acres of public parks, open spaces and a memorial honoring those who served and were treated at the Oak Knoll Naval Hospital.
“The one-time infusion of cash for the city will come in the form of millions of dollars in straight up fees to the city, and millions of dollars more to the Oakland Unified School District,” said Reid.

“Alameda County stands to benefit to the tune of nearly $10 million in business sales revenue plus $1.3 million in property taxes,” he said.

“I ran for re-election to make sure that Oak Knoll actually happened, and because I made a promise to the residents who live in that neighborhood that we would get this project done by working together, I believe that finally we are now on our way for approval this year.”

Reid said an analysis of the SunCal project shows projected revenues of $29.3 million in spending by new residents with $3.8 million going to the city general fund from sales and property taxes, licenses and permits.

And $4.6 million is expected to also go to other local agencies such as the Oakland Unified School District, BART and East Bay Regional Parks. In addition, $20 million will be paid by SunCal to the city for affordable housing.

“Further, the one-time revenues related to construction activity will bring $875 million for the local economy through direct and indirect multiplier investment effects, while it contributes   millions in fees to East Bay Municipal Utility District (EBMUD),” he said.

Another important aspect of the project is that Oak Knoll will contribute $20 million to the City of Oakland to be used to help meet its affordable housing goals. “Oakland is changing, and we must be the kind of city that allows individuals to work in, live in and raise their children in a safe environment,” he said.

“If we don’t do this project, the vacant site will continue to deteriorate, be an ongoing public safety hazard and will be just one more drain on our scarce community resources,” he said.

The project is currently up for city council approval, and council action is expected in July.

(Next: Post analyzes SunCal’s economic assumptions of its direct and indirect multiplier effect on Oakland’s economy.)

Opinion: The State Is Responsible for Oakland’s Budget Crisis