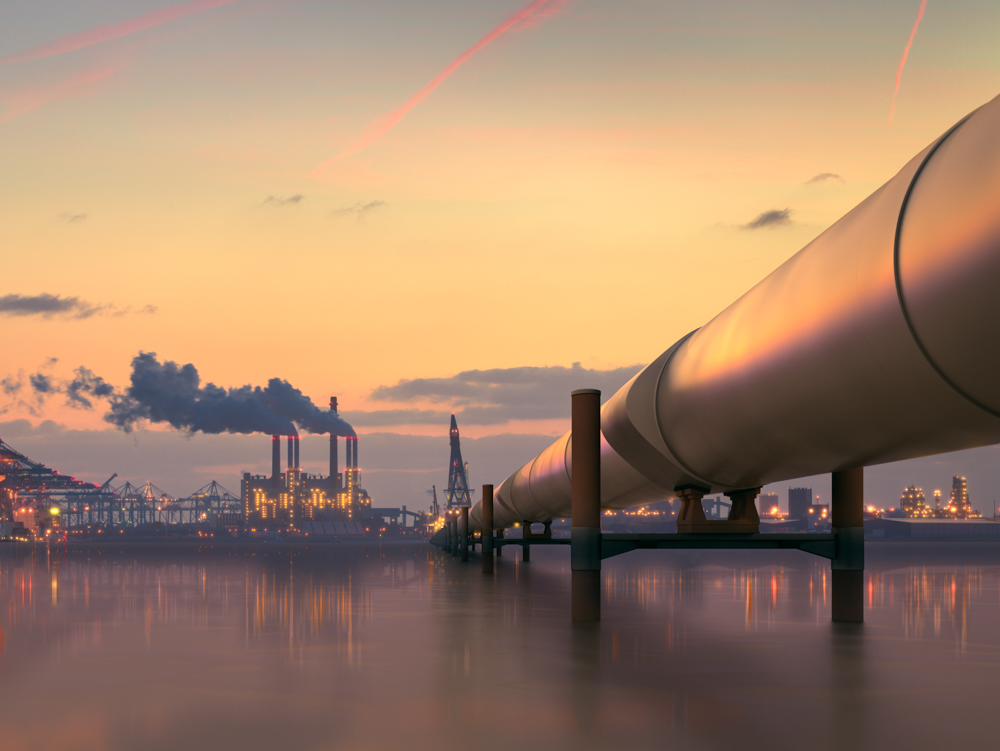 Pipeline in industrial district/ iStock
WASHINGTON, D.C. — Today, Congresswoman Barbara Lee (CA-13) joined Congresswoman Cori Bush (MO-01) and other progressive colleagues in calling on President Biden to live up to his campaign promises to protect our environment & mitigate the worst effects of the climate crisis.
“We write to you to express our grave concern that ongoing actions by your administration threaten to undermine our shared goal to further climate, racial, and economic justice,” the Members wrote. “Now is the time to use your authority under existing law to immediately stop fossil fuel expansion and declare a climate emergency as a fundamental part of your push to invest in good jobs, environmental justice, a just transition, and a future powered by renewable energy.”
“The failure of the United States government to phase out fossil fuels,” the Members continued, “is inextricably related to rising asthma rates and the fact that nearly every household in Louisiana’s Cancer Alley has lost someone to the deadly disease . . . The mistakes and failures that allowed Line 3 and other pipelines to proceed must not be repeated. Our communities demand better.”
Today’s letter is the latest step in the members’ efforts to hold the Biden Administration accountable to delivering on the platform it promised during the election. In April, Congresswoman Lee co-sponsored the Green New Deal for Cities Act introduced by Congresswoman Bush and Congresswoman Alexandria Ocasio-Cortez. The legislation will make sure every city, town, county and tribe can have a federally funded Green New Deal.
The letter written by Congresswoman Bush is co-signed by Rep. Lee and Reps. Mondaire Jones (NY-17), Rashida Tlaib (MI-13), Ayanna Pressley (MA-07), Bonnie Watson Coleman (NJ-12), Jamaal Bowman, Ed.D. (NY-16), Alexandria Ocasio-Cortez (NY-14), Jesus “Chuy” Garcia (IL-04), Ritchie Torres (NY-15), Adriano Espaillat (NY-13), Ilhan Omar (MN-05), and Chairman James P. McGovern (MA-02).
“With every fossil fuel project approval, this administration pushes us closer to irreversible climate catastrophe,” said Kassie Siegel, Director of the Center for Biological Diversity’s Climate Law Institute. “President Biden needs to declare a national climate emergency and stop fueling it with oil, gas and coal.”
The full text of the letter can be found here.
###
Congresswoman Lee is a member of the House Appropriations Committee and Chair of the subcommittee on State and Foreign Operations. She serves as Co-Chair of the Steering & Policy Committee, former Chair of the Congressional Black Caucus, Chair Emeritus of the Progressive Caucus, Co-Chair of the Congressional Asian Pacific American Caucus Health Task Force, and Co-Chair of the Pro-Choice Caucus. She also serves as Chair of the Majority Leader’s Task Force on Poverty and Opportunity. As a member of the House Democratic Leadership, she is the highest ranking woman of color in the U.S. Congress.
Related Topics:"Green New Deal"administrationAdriano Espaillat (NY-13)Alexandria Ocasio-Cortez (NY-14)AsthmaAyanna Pressley (MA-07)Barbara LeeBiden administrationBonnie Watson Coleman (NJ-12)CaliforniacampaignChair Emeritus of the Progressive CaucusChair of the Majority Leader’s Task Force on Poverty and OpportunityChair of the subcommittee on State and Foreign OperationsChairman James P. McGovern (MA-02)Climateclimate crisisclimate justiceCo-Chair of the Congressional Asian Pacific American Caucus Health Task ForceCo-Chair of the Pro-Choice CaucuscoalCongressional Black CaucusCongresswoman Alexandria Ocasio-CortezCori BushDirector of the Center for Biological Diversity’s Climate Law Instituteeconomic justiceEd.D. (NY-16)energyenvironmentfossil fuelsGasgovernmentHouse Appropriations CommitteeHouse Democratic LeadershipIlhan Omar (MN-05)irreversible climate catastropheJamaal BowmanJesus “Chuy” Garcia (IL-04)Kassie SiegelLegislationline 3Louisiana's cancer alleyMissourimitigateMondaire Jones (NY-17)oilPipelinesRacialracial justiceRashida Tlaib (MI-13)ratesrenewableRitchie Torres (NY-15)Steering & Policy CommitteeU.S. CongressUnited States
Up Next

“For decades, underinvestment in our physical and social infrastructure has widened the economic gap, put communities at risk, and exacerbated racial and economic inequality,” said Congresswoman Barbara Lee. “And it’s not just a lack of investment. Too often, the infrastructure that we built created more inequality. This infrastructure law now advances equality, equity, and environmental justice unlike any law we have ever seen before.” 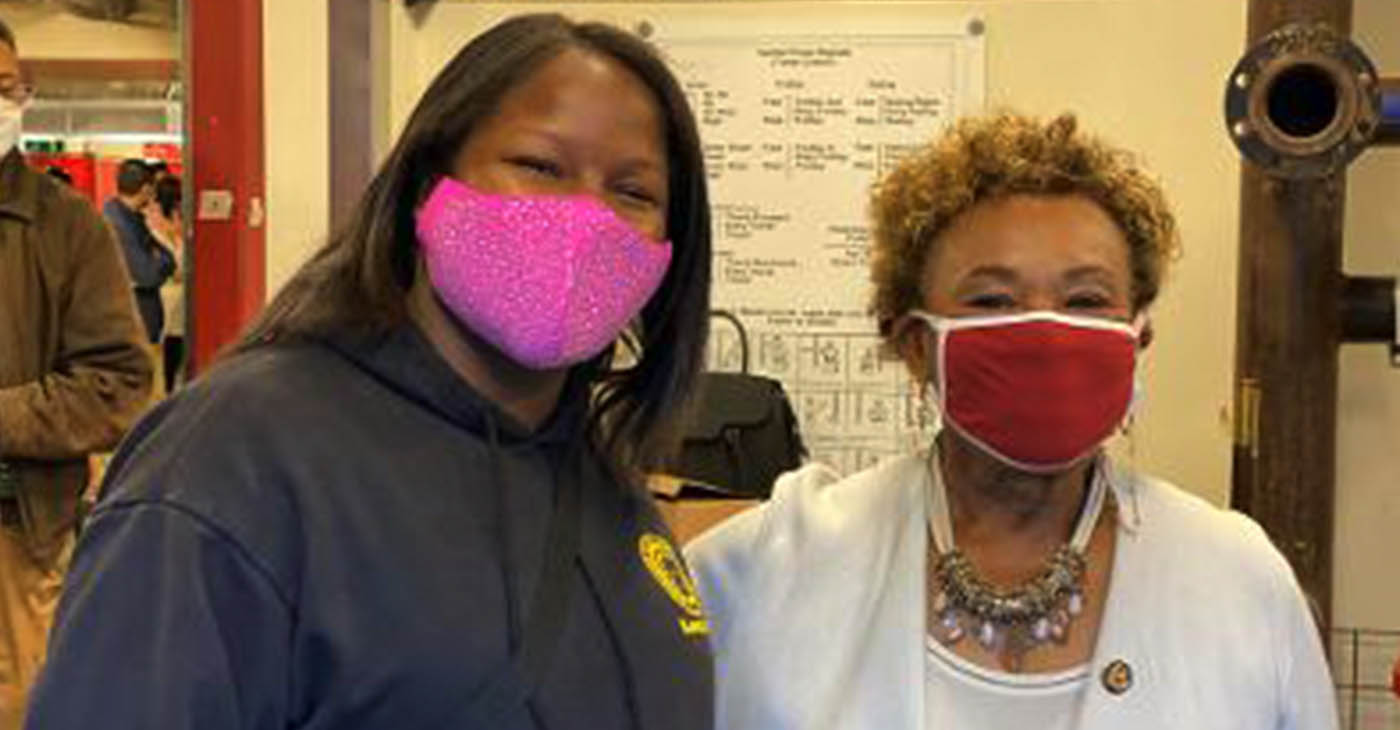 At a joint press conference on Wednesday, Bay Area Congresswomen Barbara Lee and Nancy Pelosi touted the impact the recently passed infrastructure bill will have on the Bay Area.

“For decades, underinvestment in our physical and social infrastructure has widened the economic gap, put communities at risk, and exacerbated racial and economic inequality,” Lee said. “And it’s not just a lack of investment. Too often, the infrastructure that we built created more inequality. This infrastructure law now advances equality, equity, and environmental justice unlike any law we have ever seen before.”

In regard to environmental justice, Lee points out that billions of dollars will be dedicated to building low-to-no emissions buses and expanding access to EV charging network. “These are critical investments for communities in my district that have suffered from higher levels of air pollution and childhood asthma rates,” she said.

The law will also provide internet access to low-income families across the state. “During the pandemic, we have seen that internet access is an equity issue for kids in East Oakland and other parts of my district, and we need to close that gap,” Lee said.

Besides their individual districts, the Congresswomen pointed out how much California as a whole will benefit from billions in investment to improve highways and bridges, public transportation, and water infrastructure.

“Also, it will help to protect communities like Oakland and Berkeley from another devastating wildfire like the one we experienced 30 years ago,” Lee said. “We are now moving full speed ahead to pass the rest of President Biden’s economic agenda through the Senate to significantly cut the costs of childcare, reduce childhood poverty, address the climate crisis, increase affordable housing, and make other meaningful investments in the quality of life of our families.”

Congresswoman Lee and Senator Elizabeth Warren (D-MA) successfully fought to include billions of dollars in the ARP and other COVID relief packages to increase equity in testing, tracing, and vaccinations, including funding for trusted messengers to reach communities that are historically and medically underserved. 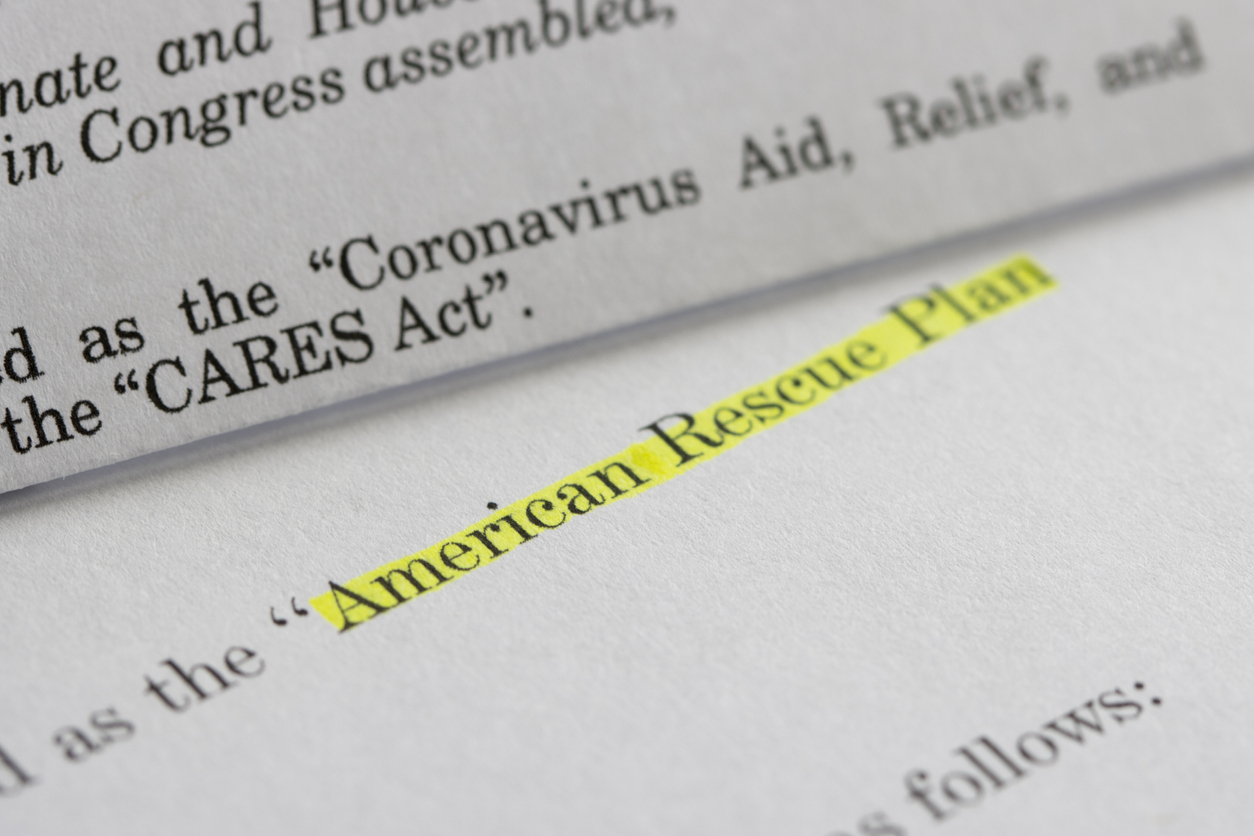 Closeup of the documents of both the Cares Act (Coronavirus Aid, Relief, and Economic Security Act) and the American Rescue Plan Act (ARPA) of 2021. A comparison between two acts.

The Department of Health and Human Services (HHS) is awarding nearly $1 billion in ARP funds to almost 1,300 health centers in all 50 states, the District of Columbia, and the U.S. territories to support major health care construction and renovation projects.

“I want to express my immense gratitude to these service providers for their public health stewardship, and for the work and sacrifices of their staff, to ensure that our communities have the information and care they need to get through this pandemic,” Lee said. “Thank you for taking care of our communities, and for all your efforts to promote equity in public health both during the pandemic and beyond.”

The funds will be awarded to health centers that serve medically underserved and other vulnerable populations and communities, which are disproportionately affected by COVID-19 and other health conditions. More than 91% of patients served by these health centers are living at or below 200% of the Federal Poverty Guidelines, and nearly 63% are racial/ethnic minorities.

The awards are intended to strengthen primary health care infrastructure and advance health equity and health outcomes in medically underserved communities, including through projects that support COVID-19 testing, treatment, and vaccination.

The American Rescue Plan – the stimulus package passed by Congress in February and signed by President Biden in March – provided almost $2 trillion to help families, businesses, schools, and other institutions survive and recover from the COVID-19 economic crisis.

Congresswoman Lee and Senator Elizabeth Warren (D-MA) successfully fought to include billions of dollars in the ARP and other COVID relief packages to increase equity in testing, tracing, and vaccinations, including funding for trusted messengers to reach communities that are historically and medically underserved.

In addition, Congresswoman Lee is a co-sponsor of H.R. 3807, the Restaurant Revitalization Fund Replenishment Act, which will provide an additional $60 billion to support restaurants and other food and beverage businesses. 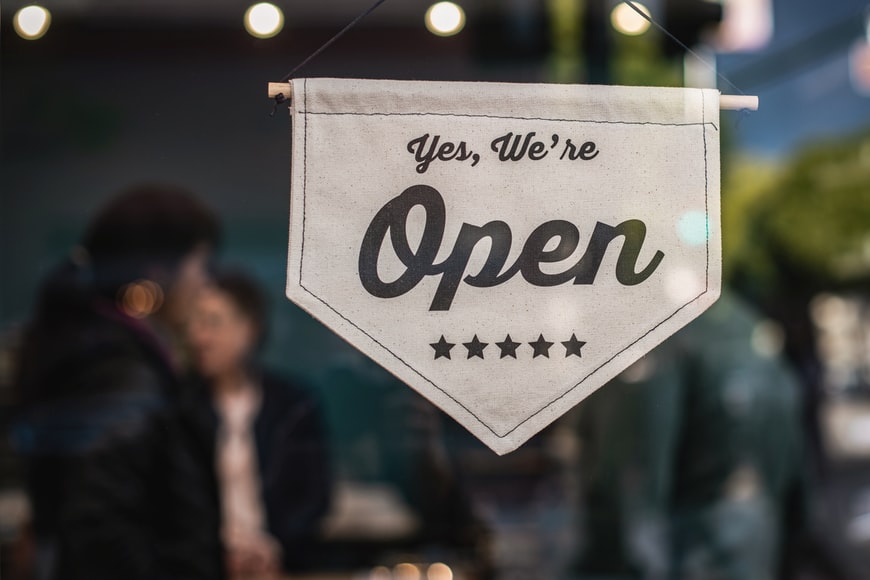 “During this year’s Small Business Week, we celebrate the local business owners, entrepreneurs, and workers who drive our economy and give the East Bay so much of its diverse, resilient, and unique character,” Lee said. “Our small businesses have struggled to survive during the pandemic, and many have closed their doors permanently. Our work to get help for small businesses through the American Rescue Plan and other measures resulted in major investment in this community and allowed many businesses to weather the storm. But the pandemic is not over yet, and we still have more work to do in this recovery.”

A total of 668 East Bay restaurants, other food and beverage businesses, and venues received close to $300 million through these two programs. A city-by-city breakdown showing the number of businesses helped and the amounts of money awarded is below. More information about the individual businesses that received assistance can be found here.

Lee and House Democrats are now working to pass President Joe Biden’s Build Back Better Act, which includes a “generational” investment in American small businesses. The bill will help small businesses get through the ongoing pandemic and thrive by increasing access to capital, funding entrepreneurial development programs, supporting underserved businesses, and driving innovation.

In addition, Congresswoman Lee is a co-sponsor of H.R. 3807, the Restaurant Revitalization Fund Replenishment Act, which will provide an additional $60 billion to support restaurants and other food and beverage businesses.

COMMENTARY: Abuse Is Not Love

OPINION: A Great Way to ‘Listen to Black Women’ Is to Elect Them