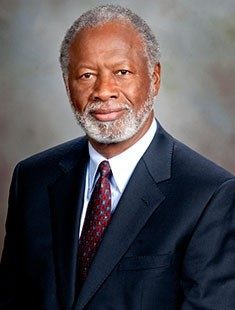 Whites framed their malice toward King as something other than racism. They did not oppose MLK because he struggled for black freedom and equality. Rather they detested him—they said—because he was a rabble-rouser, a Communist, and a lawbreaker. J. Edgar Hoover, the FBI director, called him the most dangerous man in America, and there was rejoicing at his death.

Millions of white Americans hated Martin Luther King. All over the country, many celebrated his death.

Young whites, absorbing the hatred of their parents, also celebrated. Archives in the library at the University of Memphis tell the story of a Memphis-area high school class. The teacher asked his students to write about their responses to King’s assassination. Most of the students responded with satisfaction or jubilation. One student described his immediate reaction to King’s murder: “I thought it was one of the greatest feats of Americanism I have ever heard of.” Another explained that because of King’s death, the country would be “better off in the long run.”

Here at Virginia Tech, where I currently teach, some students were saddened by King’s assassination, while others were not. There was a demonstration against lowering the American flag “for a nigger.”

Now they love him. What happened? What caused the change of heart among whites? One thing, of course, was his death. Although there was a significant amount of celebration at his assassination, with him no longer around, there was less hatred toward him, but not enough for a positive favorability rating.

Undoubtedly the whitewashing of Martin Luther King did the trick. King, the rabble-rouser, who got arrested 30 times, has been scrubbed clean. Now he is depicted as a dreamer, something opposite of the activist he was. He is widely viewed as a person who mildly promoted peace – no activism, no strife, no confrontations, no defying unjust laws.

So what? You may ask. What difference does it make that now whites love MLK where previously they hated him. It matters a lot. They love the person they made him, in death—a peace-loving dreamer. If we follow this person, we do nothing. We hope for better relations. We dream of a better day, thinking that time will erase the oppression. That is what we did for decades. For some 40 years—from the mid-1970’s to the mid-2010’s–there was no national black movement. During this time, racial progress came to a grinding halt, possibly going backward.

It is way past time to bring back our deceased icon, the real Martin Luther King, the man who was leading the Poor People’s Campaign when he was struck down, the man who vowed to close down the Nation’s Capitol if the government did not heed our demand to eliminate poverty and hunger in this wealthy nation, the man who continued this effort in the face of death. If we bring back the memory of this MLK, we may be inspired to do what he asked us to do after he was gone, “Continue this movement. Do this work.”

COMMENTARY: The Essence and Beauty of Black Women in America

COMMENTARY: Young voters are going to be key to winning 2020