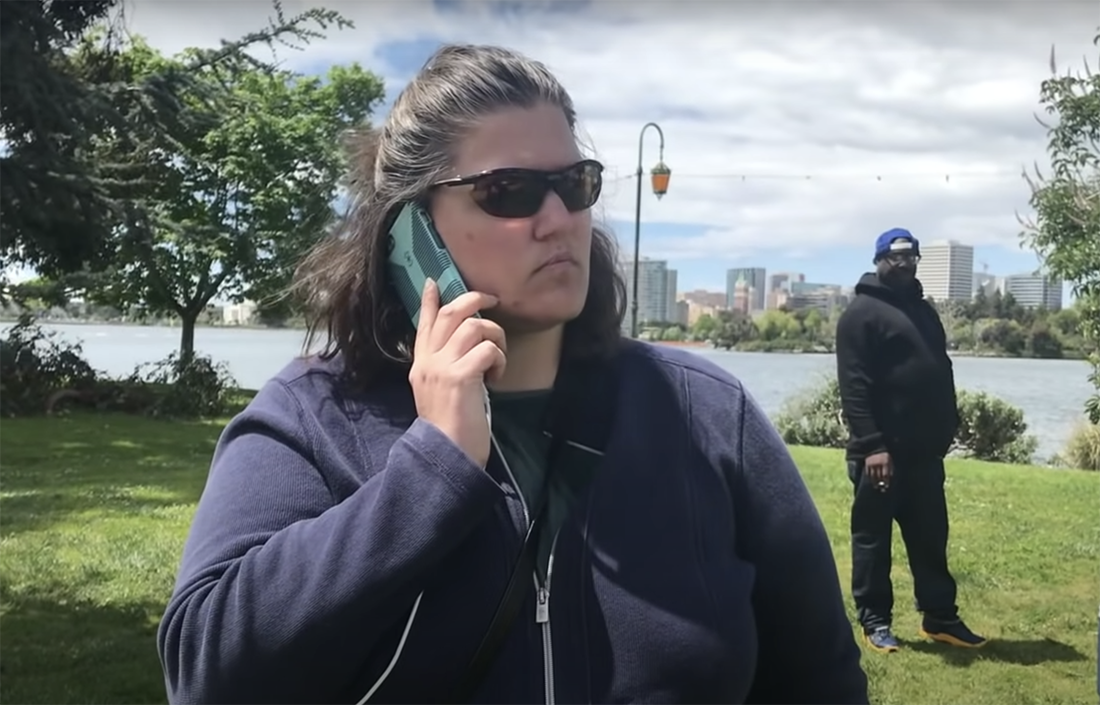 The ‘CAREN Act’ will make it unlawful to “fabricate false, racially-biased emergency reports.”

CAREN is a play on words of a name ascribed to (mostly) white women – ‘Karen’ – who attempt to police the ordinary activities of people of color. The men who take such actions are referred to as ‘Ken.’

California State Assemblymember Rob Bonta of Oakland has a similar measure with AB 1550 bill and they are joining forces.

The bill and ordinance were motivated by what was considered frivolous calls to the police in the Bay Area and other cities. For instance, in Alameda, because Mali Watkins, a Black man, was dancing in the streets in front of his own home; James Juanillo, a Filipino man, was stenciling “Black Lives Matter” in chalk in front of his own San Francisco home and was confronted by a ‘Karen’ and her male partner who called the police.

A ‘Karen’ in New York falsely called the police on Craig Cooper while he was bird watching and asked her to put a leash on her dog.

These incidents were recorded and got media attention. There are countless others unrecorded.

“The CAREN Act and AB 1550 are a joint local and state effort to address and discourage using 911 as customer service based on someone’s race, said Walton.  “We know that Oregon and New York have passed similar legislation and we hope that other municipalities and states can implement laws to protect the rights of communities of color who are often targeted and victims of fraudulent emergency calls.

“The CAREN Act will make it unlawful for an individual to contact law enforcement solely to discriminate on the basis of a person’s race, ethnicity, religious affiliation, gender, sexual orientation, or gender identity. We will also introduce a resolution today in support of AB 1550 at the full board.”

People should not be allowed “to use our 911 and law enforcement systems as weapons for hate, Bonta said. “The CAREN Act and my AB 1550 demonstrate our commitment to directly address such racism and bolster our California values of justice, inclusion, equity and opportunity.

“If you are afraid of a Black family barbecuing in the community park, a man dancing and doing his normal exercise routine in the bike lane, or someone who asks you to comply with dog leash laws in a park, and your immediate response is to call the police, the real problem is with your own personal prejudice, Bonta said.

Human Rights Commission Director Sheryl Davis said there should be consequences for actions that threaten the freedom and safety of others.  Calling the police on someone that you label as out of place, simply for being Black or a person of color in public, is just as dangerous as yelling fire in a crowded theater, Davis said.

“You are putting someone’s well-being at risk by subjecting them to a humiliating, unnecessary, sometimes lethal police interaction,” Davis said.  “Fining 911 abusers who waste police time and violate their fellow citizens’ civil rights is one way to discourage this abhorrent behavior.”

Shakirah Smiley, director of the Office of Racial Equity, is of the same mind. “It’s time to hold people accountable for these frivolous, racist, and life-threatening calls,” she said.  “In a time where we are rethinking policing and its disparate impact on the Black community, we need more meaningful measures in place to put an end to racial profiling.”

The CAREN Act and AB 1550 will provide a civil cause of actions for the people harmed by the 911 calls.  There will also be monetary fines.

AB 1550 will classify the false call as a hate crime and allow for damages.

The bills aim to discourage people from making the discriminatory calls and to compensate the victims if calls are made.