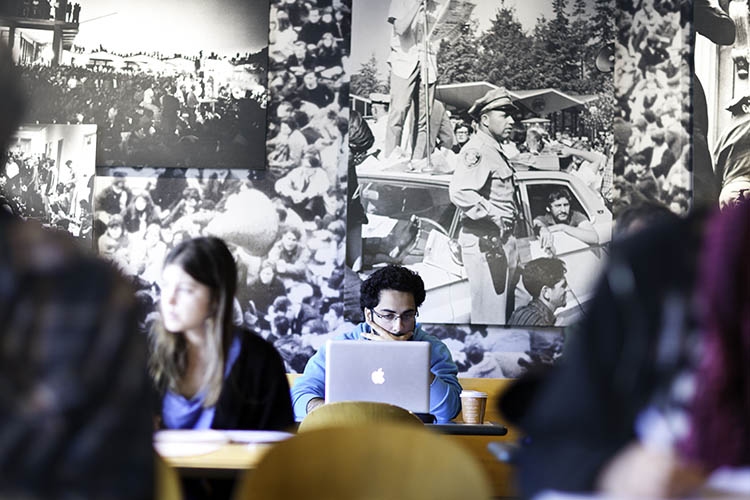 A total of 14,668 high school students have been of­fered freshman admission to the University of California, Berkeley, for the 2019-2020 admitted class, 8% more than the 13,561 admitted last year.

In addition, 4,882 transfer students were admitted for the coming school year, up from 4,504 last year.

This year’s freshman ad­mitted class benefited from a slightly reduced applicant pool — the 87,394 applica­tions that UC Berkeley re­ceived represents a 2.5% drop from the previous year — and from a 75-seat increase in the number of freshman enroll­ment seats available.

All nine UC undergraduate campuses released their ad­missions data Monday in co­ordination with the UC Of­fice of the President, which has produced charts with data from all the campuses.

This year’s freshman ad­mitted class is academically strong, with an average un­weighted GPA of 3.92 and an SAT score of 1427. These data are very comparable to those of last year’s admit­ted class, but slightly higher. This year, 9,637 Californians were offered admission, 728 more residents than a year ago. They represent 50 of the state’s 58 counties.

The 2,679 first-generation students (neither parent has a four-year college or univer­sity degree or higher) in the freshman admitted class rep­resent an increase of about 90 more than last year. There are more than 200 additional students who are underrep­resented minorities (Native Americans, African Ameri­cans, and Chicanx/Latinx students) in the freshman admitted class — 2,934 this year all together — than there were last year.

The admitted pool in­cludes students from 52 U.S. states and territories and 74 countries. The oldest student is 28, and the youngest is 15. Collectively, they speak more than 20 languages.

At least 100 students who have performed at Carnegie Hall — either solo or as part of a group — and at least 170 students who participated in the Science Olympiad, a na­tional science competition, are in the admitted class, which also boasts about 50 Eagle Scouts and at least 50 Girl Scout Gold Award win­ners.

Offers of admission are followed by a time frame for students to learn more about the campus and to formally declare their intention to ac­cept the offer and enroll. Compared to previous years, many more of the students in this year’s admitted class attended campus receptions and other events offered to introduce them to Berkeley. Attendance at these recep­tions was up 56%, and many of the attendees confirmed their intention to register forms early, a week or so ahead of the usual late May time frame. This year, 6,690 students accepted the offer of admission, compared to 6,214 a year ago.

Olufemi Ogundele, as­sistant vice chancellor and director of UC Berkeley’s Office of Undergraduate Ad­missions, said this trend also surfaced at other colleges and universities, but that there were specific efforts at UC Berkeley that may have con­tributed to the change.

“We made some changes designed to meet students where they are and to send the message that ‘We can’t wait for you to join us,’” Ogun­dele said. “This included, for example, holding virtually all receptions on weekends rather than weekdays and revamp­ing the Cal Day and Transfer Day experiences so that they catered to the newly-admitted students, not only by provid­ing critical information ses­sions but by offering them special access to campus events and attractions.”

That effort reflects the first part of a reimagined admis­sions approach that Ogun­dele, who began his post in January, is instituting. His goal is to reach more of Cali­fornia’s communities, includ­ing rural areas,and to make sure that transfer students, under-represented students, military veterans and other nontraditional students know that Berkeley is not only ex­cellent in research and in its wide breadth of academic dis­ciplines, but also in its support for students from all commu­nities and experiences.

Joel Moskowitz on the Health Risks of Cell Phone Radiation