WASHINGTON (NNPA) – More than 1.9 million Black Americans work in retail, accounting for 11 percent of the industry’s total workforce. Despite being the second-largest source of employment for Black workers, new data from the NAACP and equality advocacy organization, Demos, finds that the industry is rife with racial inequality and poor earning potential.

“They are, in effect, segregated by color and income. Now, not segregated as a matter of law, as was the case many years ago…but certainly by circumstance, by industry practice. Even where we don’t have overt discrimination that violates Title VII [of the Civil Rights Act], there are subtle forms of discrimination that may also violate Title VII, but are less obvious,” says Cornell William Brooks, president and CEO of the NAACP.

“It’s not necessarily that a company has a policy that says African Americans and Latinos should be overrepresented at the cash register and in lower paid positions. But rather, if they do not have policies to ensure that African Americans and Latinos have access to and are encouraged to apply for better paying positions as managers, there’s something profoundly wrong.”

Brittany O’Neal has worked in retail for three years, most currently in the Fashion Centre at Pentagon City in Arlington, Virginia. The 25-year-old full-time student is a few credits shy of earning a criminal justice degree, but also works full-time hours as a salesperson to support her 3-year-old son.

“The store I work at…comes with a lot of customer service. Sometimes you work really hard and [customers] end up just returning everything,” she says. “[Our pay] is all commission, unless you don’t make enough. Then you get your hourly wage.”

O’Neal says support from her family and managers in accommodating her schedule make it easier to earn enough money and still finish school. Not everyone is so fortunate; according to the report, retail wage disparities also happen through inadequate and unreliable scheduling practices. While Black, White, Latino, and Asian people work part-time at even rates, nearly half of all Black and Latino retail workers would prefer full-time hours (compared to 29 percent of Whites and Latinos). The report’s measure doesn’t include workers who want more hours while remaining part-time, which would likely play out along racial lines as well.

There’s also the difficulty in being “on-call,” a common practice among retail managers.

“Although just-in-time scheduling can have negative effects for any retail worker, there is reason to believe that the burden is disproportionately heavy on Black and Latino workers,” the report states, adding that this is the population most likely to juggle their educations, parenting, and additional employment while holding a retail job.

“Moreover, due to residential segregation and other socioeconomic constraints, Black workers have longer commute times than White workers, leading to greater time and money costs when their shifts are cut short.”

And, according to recent analysis from the National Low Income Housing Coalition –an affordable housing research and advocacy organization – there’s nowhere in the country where a full-time minimum wage worker can afford a one-bedroom apartment (priced at the Department of Housing and Urban Development’s standard of Fair Market Rent), without paying more than 30 percent of their income.

“There’s this notion that people working in the retail industry are young, inexperienced, and lack dependents. But here’s the blue-collar reality: 90 percent of African American and Latino retail workers are over 20 years of age, and half of them provide at least 50 percent of the income their families need to survive,” Brooks says. “We’re not talking about adolescents at the cash register working part time or working to add a little something to their young budgets. We’re talking about people who have families to support.”

The effects of these disparities extend beyond retail workers’ households.

As the report explains, “Service industry employment became more central to the well-being of American workers, but the low wages and uncertain schedules that characterize that employment undermined household financial security and, by extension, growth and stability for the economy overall.”

The NAACP/Demos report suggests that the problems can be alleviated if retailers raise the wages for their least paid positions, as well as through state and federal policies. It also points out that legal battles and union actions have been useful tools in securing better outcomes for retail workers.

He says, “One of the best allies in the fight for a living wage is the NAACP. So I’d encourage people to join local branches of the NAACP, help us organize for living wages, and help us make it clear to the country that you should not have to work hard to be poor.” 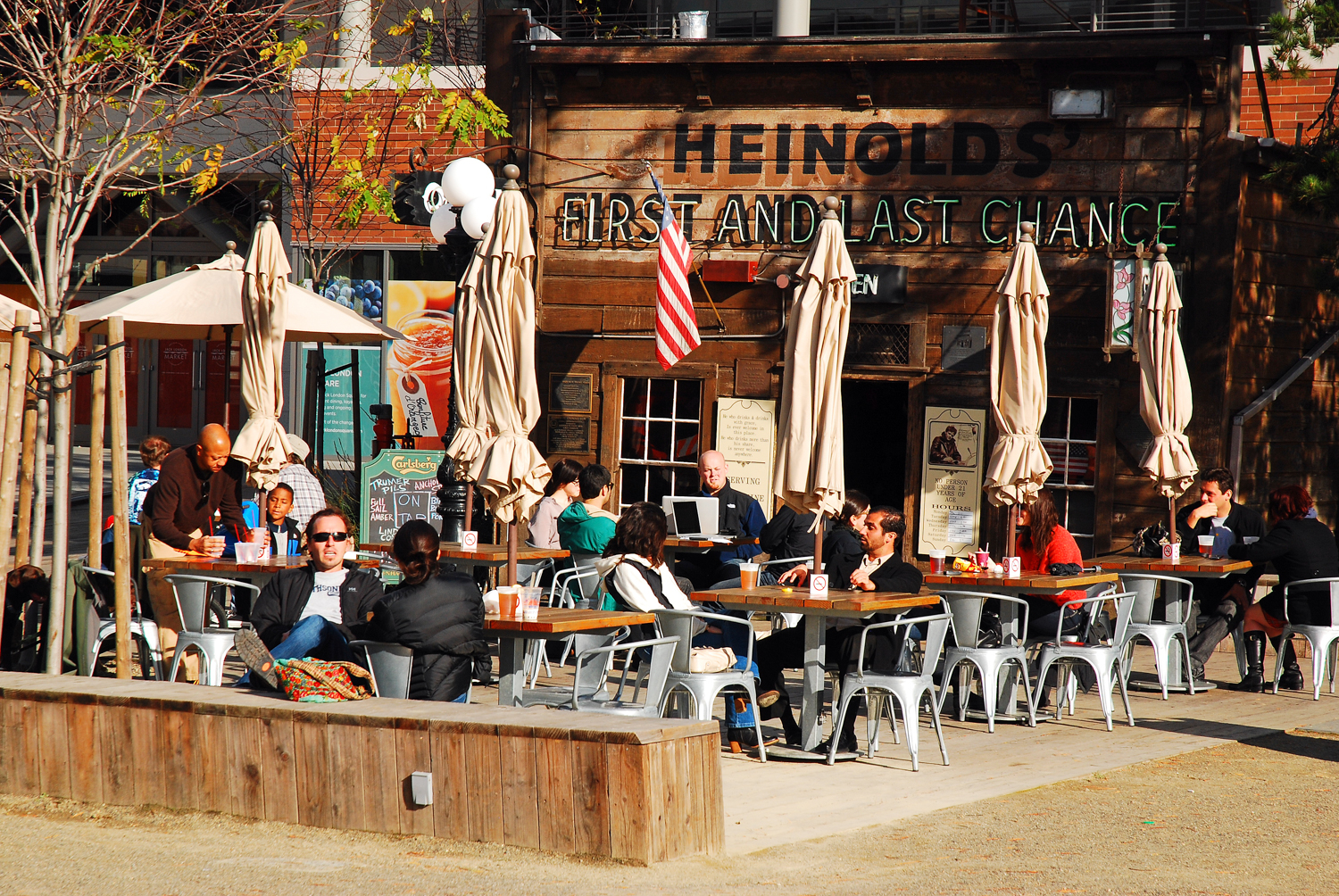 Signed at a restaurant in Oakland, the legislative package includes Assembly Bill (AB) 61, Senate Bill (SB) 314 and SB 389 – bills that, among other provisions, extend COVID-19 special permissions like outdoor dining and to-go licenses for alcoholic beverages.

Funding for the package will come out of the governor’s California Comeback Plan which allots $10.2 billion in small business support. So far, the state has spent $4 billion on an emergency grant program and $6.2 billion in tax relief for small businesses.

“These innovative strategies have been a lifeline for hard-hit restaurants during the pandemic and today, we’re keeping the entrepreneurial spirit going so that businesses can continue to create exciting new opportunities and support vibrant neighborhoods across the state,” said Newsom.

The state support comes at a time when many Black-owned small businesses in California, including restaurants, are struggling to recover after being hit hardest by the COVID-19 pandemic. According to UC Berkeley Institute of Governmental Studies (IGS) research, 13 % of Black-owned businesses have had to close down due to the pandemic, compared to 8% of White-owned ones. For Latino-owned businesses that number is even higher at 18 %.

Due to the pandemic, Black businesses have experienced higher revenue loss, more layoffs of employees and less success in getting government funded relief like assistance from the federal Paycheck Protection Program.

“We have all seen the fallout from the pandemic and recession and the effect on BIPOC people and BIPOC small businesses owners has been devastating,” said Tara Lynn Gray, Director of the California Office of the Small Business Advocate. She was speaking at an IGS event last week titled “Diversity and Entrepreneurship in California: An Undergraduate Research Symposium.”

“These are problems that have to be addressed. Access to capital continues to be a challenge,” Gray continued. “We are seeing bankers like Wells Fargo, Citi and JP Morgan Chase making significant investments in BIPOC (Black Indigenous People of Color) small businesses, communities and individuals. That is a trend I would like to continue to see.”

Gray pointed out there are a number of state programs like the Small Business COVID-19 relief funds that prioritize providing relief funding to underserved businesses in the state.

The one-year grace period will begin once the pandemic emergency declaration has expired.

“Outdoor dining has been a critical lifeline that has helped these establishments keep their doors open during these challenging times,” said Gabriel.

“AB 61 provides important flexibility so that restaurants can safely expand outdoor dining and continue to serve the communities they call home. I applaud Governor Newsom for his thoughtful leadership in protecting both public health and small businesses as we continue to emerge from the COVID-19 pandemic,” Gabriel continued.

Wiener also stressed the importance of pandemic protocols for small businesses in California.

“SB 314 ensures the public can continue to enjoy outdoor dining with alcohol and that our small neighborhood businesses can continue to benefit from this change. The hospitality industry has been hit hard by the pandemic, and it’s important we make changes to modernize our entertainment and hospitality laws to allow them more flexibility and more ways to safely serve customers,” he said.

“This is an important step toward helping our restaurants, which have been hit hard by the pandemic,” said Senator Bill Dodd (D-Napa), SB 389’s author.

“It will ensure their recovery, protecting jobs and our economy. I thank Gov. Newsom for supporting this new law,” he continued.