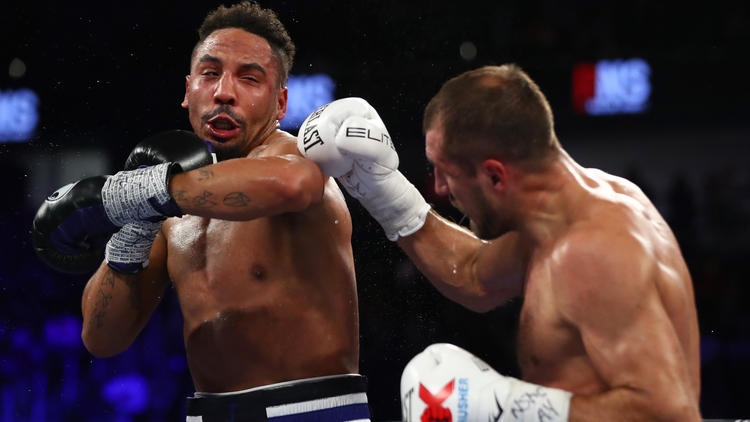 The two boxers came to the Bay Area to promote their June 17 rematch championship title fight in Las Vegas at the Mandalay Bay Events Center.

The two light heavyweights squared off in a monumental bout last November.  Ward defeated Kovalev in a somewhat controversial decision.

Early in the fight Kovalev dominated Ward, knocking him down and overpowering him.

But Ward stuck to his plan, as Kovalev, who never went the distance in a fight, tired out.  Ward began to rally late and ended up winning the fight on a unanimous decision.

“He was getting tired the more and more the fight went on,” said Ward.  “And towards the end, I knew I had won the fight.”

The win by Ward made his boxing record 31-0, while it was the first defeat for Kovalev as he is 30-1-1 Many boxing experts thought it was either a draw or a Kovalev win. Do boxing fans are interested in the rematch.

“After a razor thin decision last November in their first meeting, the boxing community has been eagerly waiting for a Ward-Kovalev rematch,” said Tony Walker, vice president of HBO Pay Per View. “These are two world class prize fighters who embrace being on the biggest stage.”

Ward, 33, is an Oakland born and raised fighter, who is seen as one of boxing’s brightest hopes.  Boxing as a sport which has seen its popularity diminish.

This has happened as a result of the growth of Mixed Martial Arts fighting, the lack of charismatic boxers on the scene and a sport that Floyd Mayweather has dominated over the last decade.

Ward, a charismatic boxer with good personality, has a presence that fight fans want to rally around.  While he is not a big time puncher, he is a stragedist and a defensive fighter.

This could be seen in the first fight against Kovalev, when it looked like he was outmatched and over his head at the beginning of the November title fight.

“Kovalev was a strong puncher, but I have fought other boxers who were stronger,” said Ward in a group interview. “I was stronger than him, and he didn’t have an answer for me on the inside.”

Ward won the gold medal in the 2004 Olympic Games.  Known as “SOG” Son of God, Ward said he is thankful for the life boxing has afforded him. He is conscious about his image to other boxers coming up.

“Mentorship is important to me, as I am an example inside and outside the ring,” said Ward.