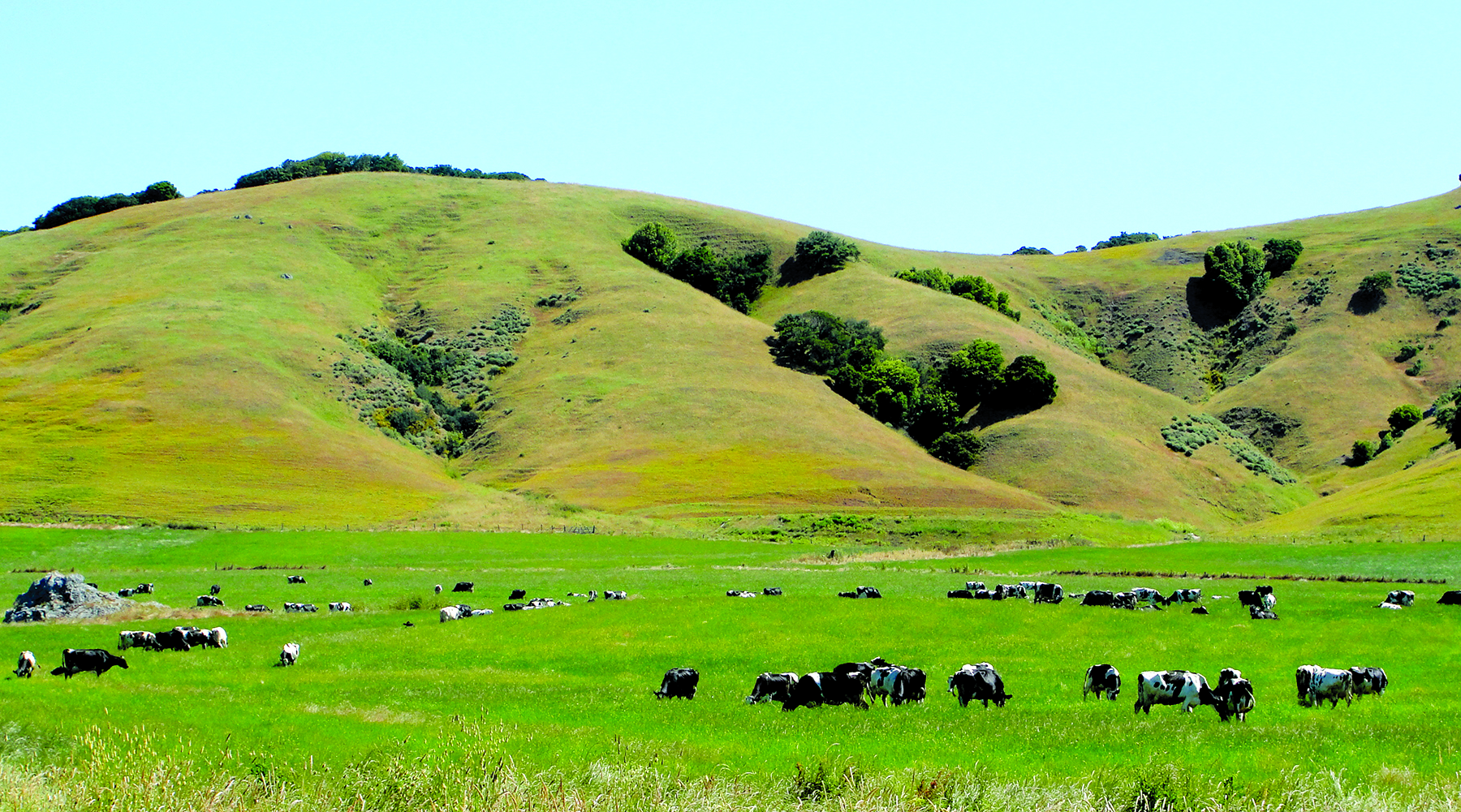 Steep dives in the values of cattle, hay, fruits, vegetables and aquaculture values in 2016 led Marin County’s Agriculture Commissioner to report a 13 percent decrease in the value of all crops and livestock in his annual report to the Board of Supervisors. The value of cattle decreased 53 percent to $10,543,000, the largest value decrease for a commodity in 2016. The decline is largely attributed to the reduction in the price paid per pound as it recedes from historic highs, Carlsen said. Despite a slight increase in headcount, cattle was valued at $724 a head, down from $1,596 in 2015.

“Ranchers don’t set prices, so they have a difficult time when a particular commodity price drops across the state or in many cases across the nation,” Carlsen said. “In this particular case the impact was most notable with our livestock, with beef pricing.”

Marin’s cattle figures were not unique. According to the National Agricultural Statistics Service (NASS) office in Sacramento, cattle prices nationally were over $200 per 100 pounds before suffering a $50 price slide on the market exchange starting in late 2015. As more California counties turn in their official crop reports, the price trend probably will prove that Marin’s decline was typical, according to NASS.

Milk accounted for 45 percent of the total gross value of Marin livestock and crops, up from 40 percent a year earlier, with a 2016 value of $43.1 million. Production of both conventional and organic milk was down 5 percent to $39.1 million, but Carlsen was pleased about the trends in organic farming and ranching. The value of organic milk today represents virtually Marin’s entire value of milk in 2006, and prices of organic milk are now over double what they are for conventional milk ($36.85 per 100 pounds vs. $15.03).

“It’s having a positive effect on our environmental resource protection while giving us an economic bonus of value added,” Carlsen said. “There’s no downside to trying to protect the environment.”

Supervisor Dennis Rodoni, who represents District 4 and agricultural West Marin, called organic milk “the savior” of dairy farming in Marin and acknowledged the popularity of the Agriculture Department’s program called Marin Organic Certified Agriculture (MOCA). There were 65 registered organic producers in Marin in 2016 accounting for 46,321 acres (almost all pasture) and worth a total gross value of $66.1 million.

Among the good news Carlsen reported was poultry production jumping from a gross value of $5.3 million to $19.1 million, accounting for 20 percent of the county’s new total. Wine grape production worth $867,000 was up 150 percent, one year after a 51 percent dive during drought conditions. Some vintners harvested no grapes at all in 2015. Wool values were up 49 percent.

Carlsen’s report acknowledged the contributions of retired County Supervisor Steve Kinsey, who stepped down from his District 4 post in December 2016 after 20 years. The gross value of crops doubled in value during Kinsey’s two decades on the Board of Supervisors.

“Kinsey was a visionary who helped the agricultural industry grow and evolve into what it is today,” Carlsen said. “He was steadfast and passionate in his pursuit to protecting the agricultural landscape and historic ranching community in West Marin.”

Other key points in the report were:

Hay crop values dropped 47 percent because of the decrease in reported values per ton and the number of tons harvested. Fruit and vegetable values were down 29 percent because of lower market values. Aquaculture, including oysters, experienced a 26 percent drop in value because of decreased harvest.

Sheep values were up 16 percent.

Looking back at the 10-year trend in agricultural values, the 2016 total was still nearly $15 million more than the year-by-year average.

All Marin County Livestock and Crop reports are online, including the new one.

Related Topics:aquaculturecropsMarin County
Up Next

A Deep East Oakland Based Grocery Co-op is Opening