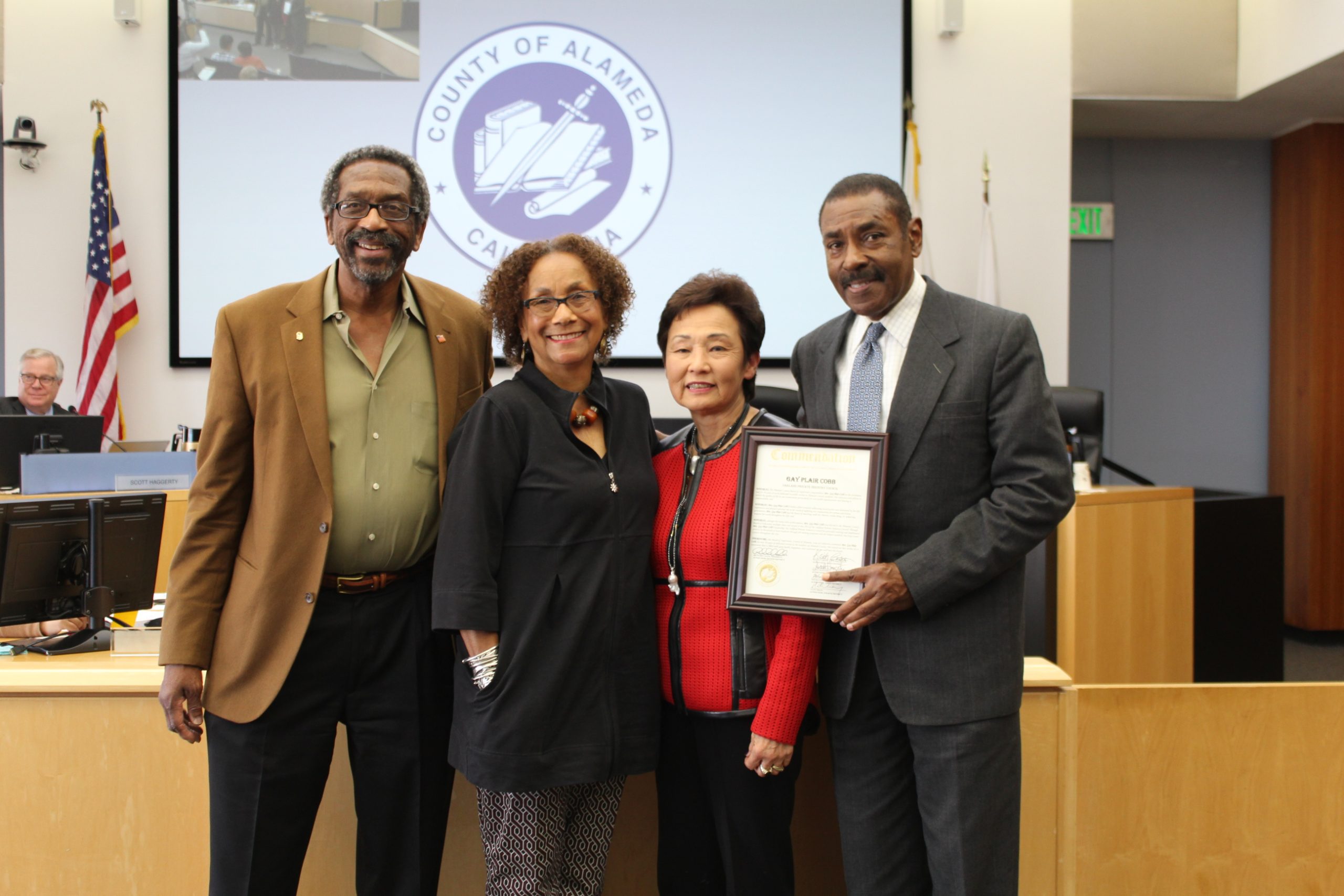 Cheers and applause resounded through the filled room as she was introduced.

Supervisor Keith Carson took the lead introducing Cobb, and remarked that he was happy and sad “because you are now retired and we will miss you. Our entire community has been enriched by your service”

Cobb’s instant response, “Oh, you’ll see me and my PIC successor Robin Raveneau, probably more often than you’d like,” evoked smiles all around.

The commendation lists some of Cobb’s service including being elected to represent Oakland and Alameda multiple times to the County Board of Education, and her 33 years as CEO of PIC, “providing training and employment services to thousands of local residents,” and helping to “establish One-Stop Career Centers throughout the city.”

Under her leadership, the PIC established the Cypress-Mandela Training Center and the Women in Skilled Trades program to open careers in the construction trades to underrepresented groups.

As a college student, Cobb was a “Route 40” Freedom Rider, participating in efforts to desegregate public accommodations in the South. She and her husband, Paul Cobb, both marched with Dr. Martin Luther King, Jr. and continue to be currently active in civil rights, housing and racial equity issues.

Family members, friends, and colleagues came to celebrate the award. Long-time friend Robin Bailer Glover, fondly remembered Cobb from their days growing up in Queens, New York. “I was the younger sister of Barbara, Gay’s close friend. My sister Barbara took me everywhere and I’m not so sure Gay was happy about me tagging along.”

Fast forward to recent decades in the San Francisco Bay Area, and Robin and Gay and their husbands remained friends and fellow activists for a long time.

Cobb commended the Supervisors for their support of non-profits and encouraged them to continue as these organizations provide crucial services to the county’s most vulnerable residents.