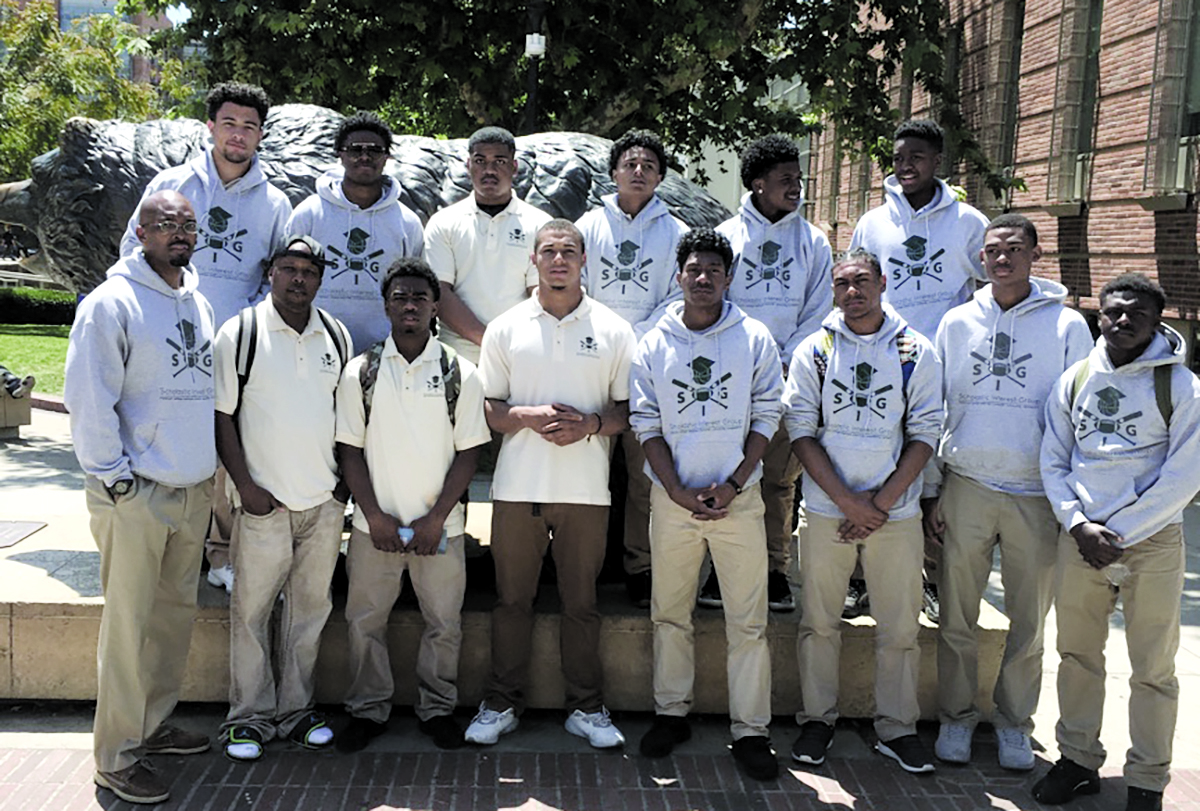 Malik Wade (lower left) and students from the SIG program.

Malik Wade has been under pressure all of his life. A San Francisco native born and raised in San Francisco Public Housing, Wade was a young basketball prodigy coming up in the San Francisco area.  He was a key player on the 1988 California High School basketball Division II state champions, Jefferson High School in Daly City and he was an all league performer.

But he had another calling and it was the streets. At the age of 15, he was a young street drug dealer, well known, not only in San Francisco, but across the country.  At the age of 21, he was caught up in a federal indictment to distribute cocaine in Pittsburgh, Pennsylvania.  While his associates got captured, Wade avoided arrest and was on the run for 7 years, in and out of the country, like a spy novel. During life on the run, he would rarely come back to the bay area, but he would on occasion.  He was able to blend in and remain free, until he was finally arrested in arrested in Minneapolis Minnesota in April of 2000.

After his capture, with the threat of a life sentence, he decided to plead to a 14-year federal prison sentence.  Now in jail, he was able to reinvent himself, from a felon to a community leader. All of this is featured in his recently released book, Pressure: From FBI fugitive to freedom. 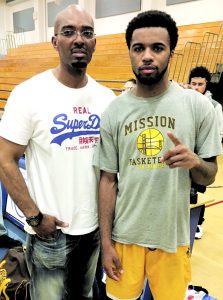 Malik Wade with Niamey Harris, a past Sig student/member.

“My book is about growing up in San Francisco and going from a 15 year old crack dealer in the Sunnydale housing projects, to being on the run to doing a 14 year bid in federal penitentiary, to turning my life around,” said Wade. “Redemption and humility are the two messages I want to get from my book.  A person can change.”

His book chronicles his past, as well as the present and the various community based programs. It all stemmed from his jail term. Once in jail, he decided that he was going to change all the way. He began to read and focus on personal betterment. He also decided that once he came home he wanted to do something to help San Francisco youth. He didn’t know what his focus would be, until he read about David Henderson, a talented football player who was set to go to college and play.

“David got caught up in the streets, and was murdered,” said Wade.  “His murder is still unsolved, and after hearing about this, I decided that once home, I would set up a non profit to mentor young black student athletes.”

His non profit is called Scholastic Interest Group (SIG), which steps into the intellectual side of athletes. It’s a non profit that uses “sports as a vehicle to tap into young men intellectually.”

“I help to teach them the value of education and community service,” continued Wade.

He set it up and began working on it, as soon as he got home from prison, 5 years ago. Today, it is housed in the Bay View YMCA in San Francisco and SIG targets and mentors various high school student athletes from all over San Francisco. It serves 25 students a year and the program mentors and develops leadership skills with the youth. Youth are exposed to different speakers, life lessons and college tours.

“When I was a teen, I fell prey to the streets and didn’t take full advantage of my athletic ability, gifts and or opportunities,” said Wade. “Now through my book and with my work with SIG, I hope to make an impact and a difference.”

While in the process of growing SIG, in 2013, Wade was accepted into Stanford Law School’s Project ReMADE, which is an entrepreneurship training program for formerly incarcerated people. His involvement in that program led to Wade becoming a speaker at various groups throughout Northern California. From these encounters, Wade decided to tell his life story so that it can influence people to do better.

“Pressure” is his way that he details the pitfalls of the streets, as well as the rode to recovery he hopes can inspire others.

“Transformation is something that all people have,” continued Wade. “The ironies of urban America parallel with the ironies of American society.”