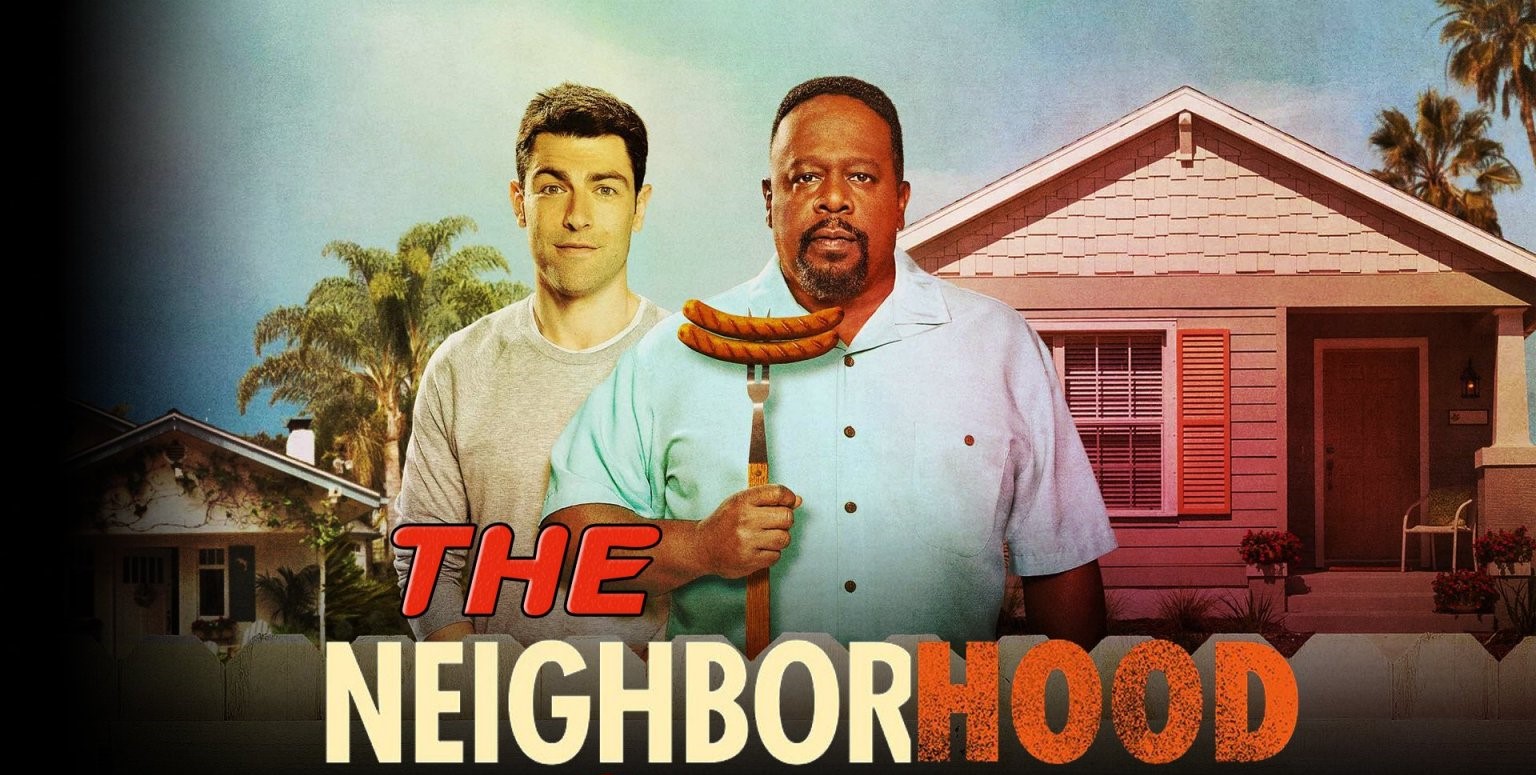 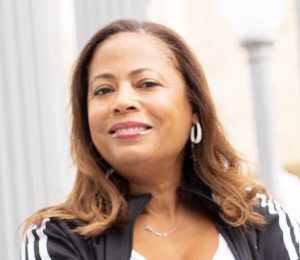 Delta Sigma Theta Sorority, Inc., is in the house and in “The Neighborhood.”

DeLoatch, a proud member of the iconic African American national sorority, is an award-winning Hollywood veteran who’s written and produced a variety of hit shows during her acclaimed entertainment career.  She’s the recipient of two (2021, 2020) NAACP Image Awards and nominated for a 2020 Writers Guild Award for Netflix’s “Family Reunion,” the multi-generational family series she created and currently serves as its executive producer.

The Maryland native is no stranger to celebrity stratosphere having worked with Bette Midler, Jennie Garth and Ice Cube.  Early on, DeLoatch combined her interests in theater, literature and visual media to earn an interdisciplinary degree from American University.  She subsequently moved to California and the rest is Hollywood history.

At-Risk Youth Supported by the Children’s Home of Stockton

On May 5, Rev. W.R., “Smokie” Norful Jr. preached the sermon. Norful is an American gospel singer and pianist, best known for his 2002 album, “I Need You Now” and “Nothing Without You,” which won a Grammy at the 47th Annual Grammy Awards for Best Contemporary Soul Gospel Album in 2004. 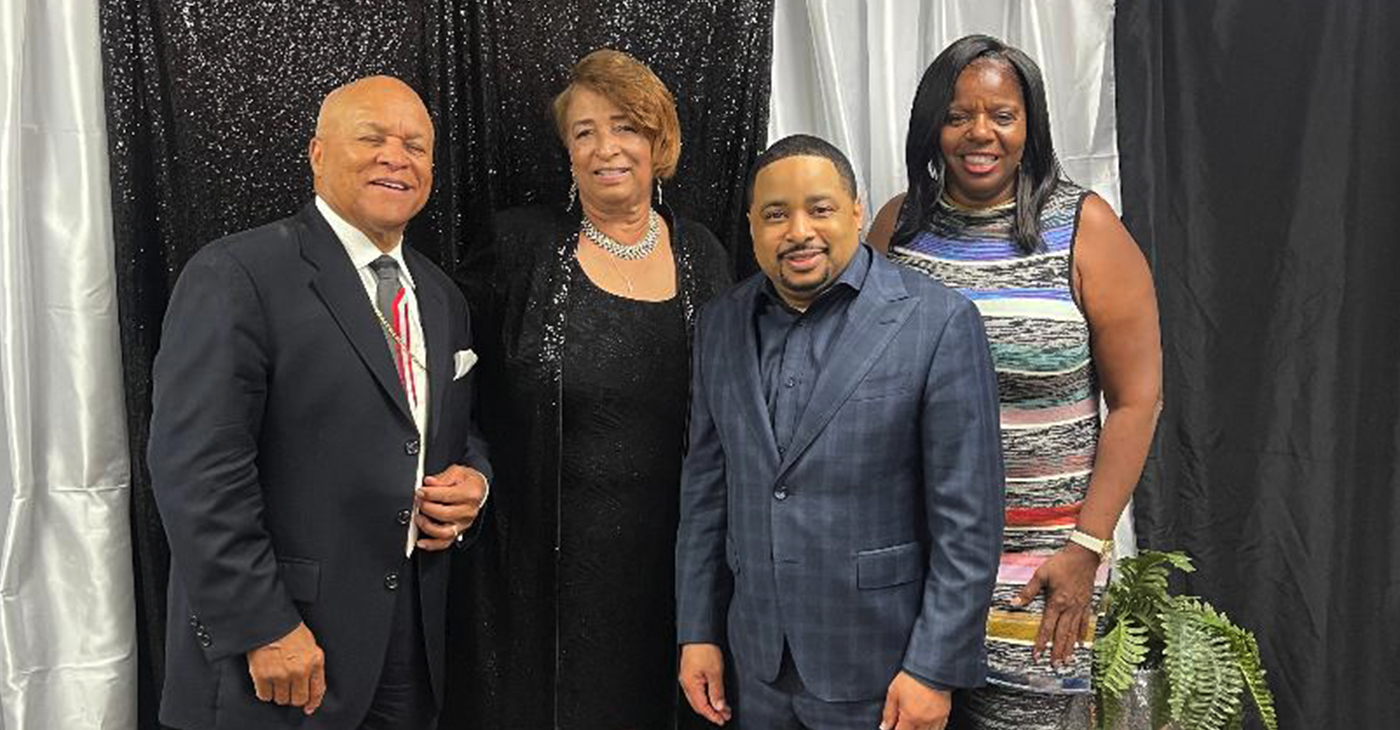 From May 4-6, 2022, hundreds of well-wishers came to celebrate with the senior pastor of Acts-Full Gospel Church of God in Christ, Bishop Robert (Bob) L. Jackson, as he marked 38 years of service. On May 5, Rev. W.R., “Smokie” Norful Jr. preached the sermon. Norful is an American gospel singer and pianist, best known for his 2002 album, “I Need You Now” and “Nothing Without You,” which won a Grammy at the 47th Annual Grammy Awards for Best Contemporary Soul Gospel Album in 2004. Norful received his second Grammy in 2015 at the 57th Annual Grammy awards for his song “No Greater Love,” 10 years after winning his first.

“We are thrilled to provide an array of online competitions for our community during our outdoor only 2022 Fair,” said Director of Cultural Services Gabriella Calicchio. “The Competitive Exhibits program is the heart and soul of the Fair and we’re excited to bring our talented community together again to participate.” 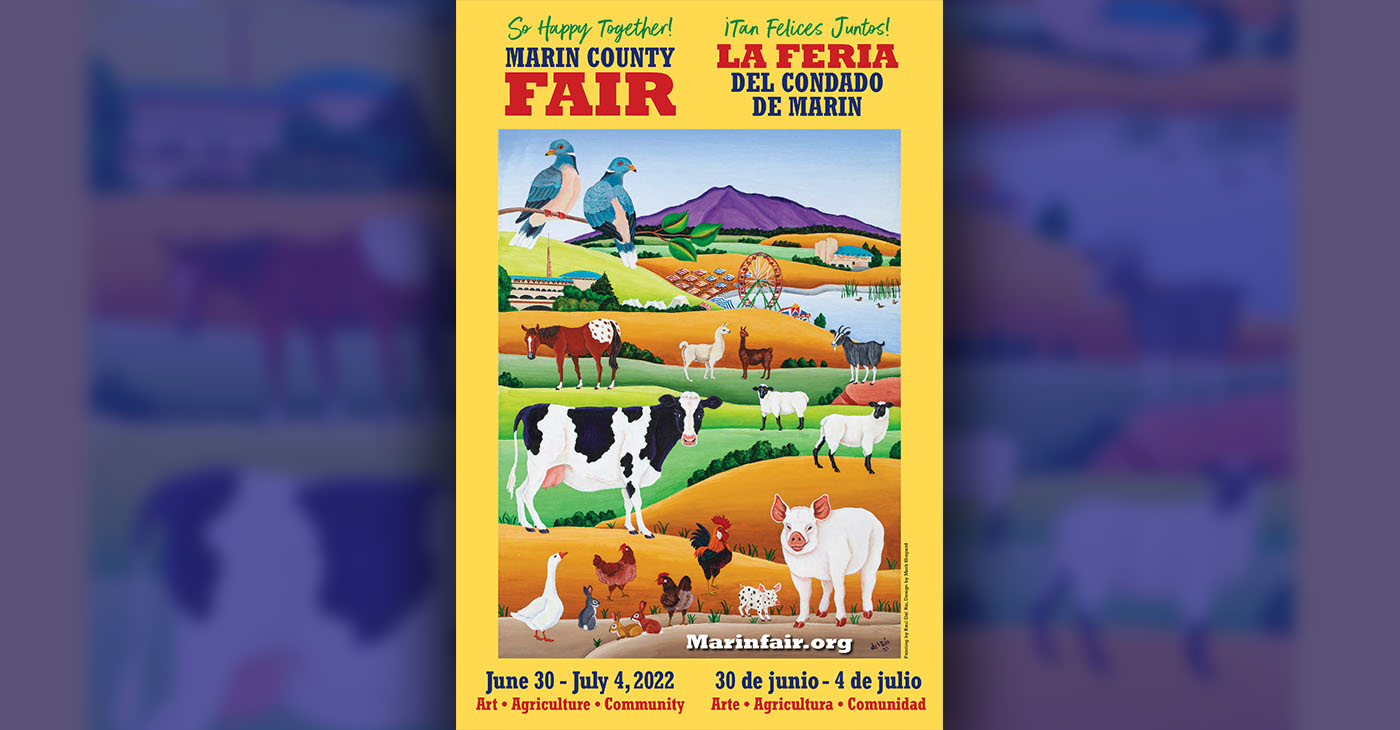 2022 Marin County Fair Poster depicting a variety of farm animals with the Marin County Civic Center and Marin Fairgrounds property in the background. San Rafael, California — With Marin County Fair’s June 30 opening day just around the corner, the Competitive Exhibits categories for the 2022 Fair are now available on the Fair’s website MarinFair.org.

The competitive exhibit program, which usually takes place indoors, will remain online for one more year and will include competitions such as fine art and photography, decorated cakes and cookies, wine and beer label design, clothing and textiles, cartoon art, exceptional art, poetry and creative writing, hobbies and crafts, and more. The Plein Air painting competition on the first day of the Fair will take place outdoors. The agriculture competitions will remain outdoors and will include poultry, rabbits, sheep dog trials, pocket pets, dog care and training, and small animal round robin showmanship, to name a few.

“We are thrilled to provide an array of online competitions for our community during our outdoor only 2022 Fair,” said Director of Cultural Services Gabriella Calicchio. “The Competitive Exhibits program is the heart and soul of the Fair and we’re excited to bring our talented community together again to participate.”

The full list of categories and entry guidelines is available online at MarinFair.org. Submissions will be accepted from May 6 to May 31 and winners will be announced online during Fair time.

The 2022 fair will also focus on outdoor entertainment including the headline concerts, performers roaming the grounds such as jugglers, unicyclists, and stilt walkers, and interactive art experiences for fans of all ages. Returning fair favorites will include traditional carnival rides, the Global Marketplace, the Barnyard, food and drinks, and fireworks every night over the Civic Center’s Lagoon Park.

Early bird tickets sold out within one day of release. Discounted Fair tickets are still available for adults and teens through June 29. The Fair is a one-price gate featuring 28 carnival rides, exciting exhibits, spectacular firework displays, first-rate concerts and exciting attractions are FREE with gate admission. Tickets are available online only at MarinFair.org.

Headline concerts will soon be announced, and reserved gold circle tickets will go on sale May 16. Reserved concert seating in a special section is $60 per person and includes Fair admission.

The 2020 Census reports 19.9 million people (6% of all respondents) identified as Asian alone in 2020, up from 14.7 million people (4.8%) in 2010. A big increase was in the Asian “in combination” figure. Approximately 4.1 million respondents identified as Asian in combination with another race group. Do you think there’s another H.E.R. amongst them? Or an Anderson .Paak? More than one? 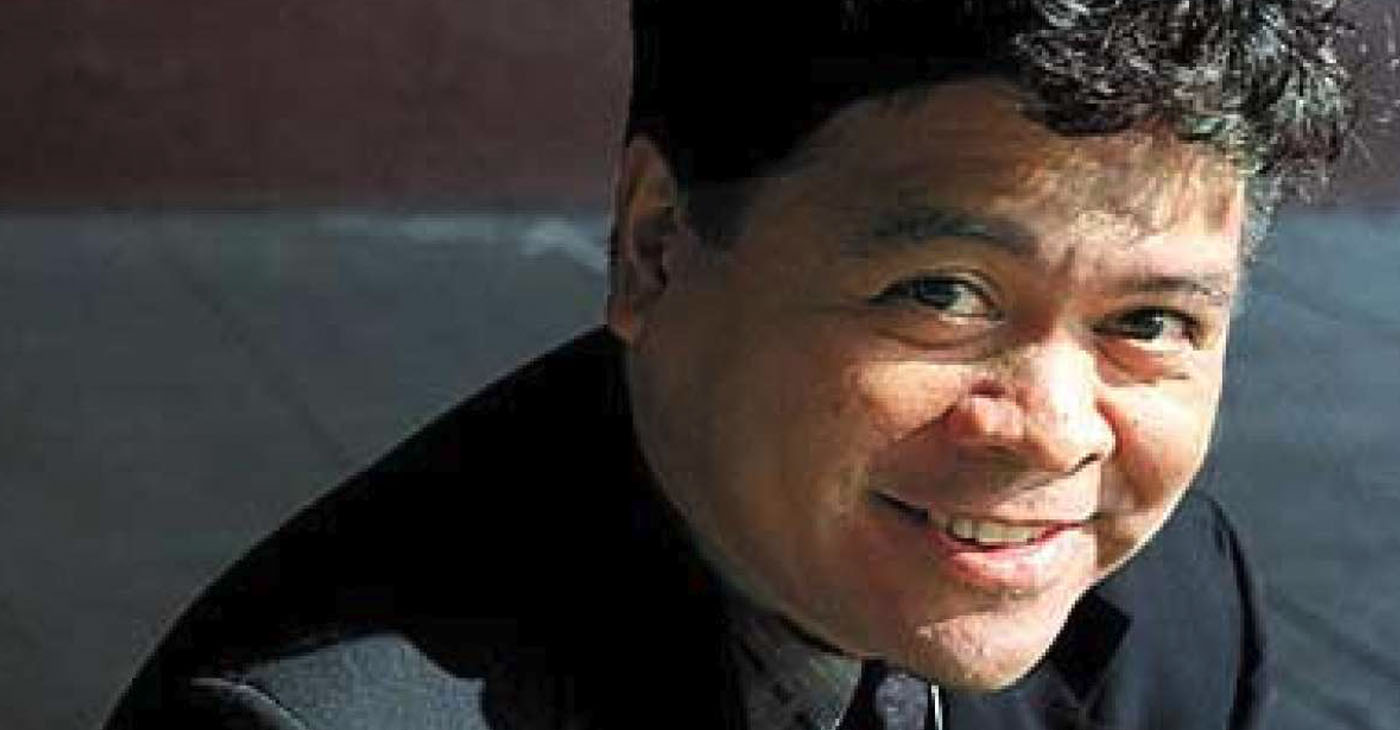 Emil Guillermo is a journalist and commentator. His web talk show is on Facebook.com/emilguillermo.media; YouTube; and Twitter@emilamok. See recordings on www.amok.com

Go hug your brothers and sisters. There’s a lot of them.

The singer H.E.R. from Vallejo. The Congressman Bobby Scott (D.-Va.). The other half of Silk Sonic, Anderson .Paak, actress Denyce Lawton (“House of Payne”). And let’s not forget The Rock, the East Bay’s own Dwayne Johnson, and of course, Tiger Woods.

They are no doubt celebrating May as Asian American Pacific Islander Heritage Month, because they’re all part Asian. It’s in their blood.

Understand that when people talk about Asian American, the group is a whole lot more diverse and inclusive than you think.

H.E.R. a/k/a Gabriella Sarmiento Wilson, half-Black and half-Filipino, is a powerful reminder of our common humanity.

She won a Grammy in 2021 for Song of the Year for the George Floyd-inspired protest song, “I Can’t Breathe.”

When singers like H.E.R. sing passionately about their lives and ours, they embody an ideal vision of what can happen when we take a love interest in one another. It’s all in the heart and soul.

Of course, not all stories sound like fairy tales.

Rapper Anderson .Paak (and yes the .Paak is correct) knows the blues. He was born in Oxnard, Calif. to a bi-racial Korean woman born during the Korean American War. Anderson never met his father. He was abandoned at age 7 and raised in an orphanage until he was adopted by a Black family in Los Angeles.

He grew his musical chops as a teen, gained the attention of Dr. Dre, and made a breakthrough hit in 2018. But it wasn’t until 2021 that he reached true superstar status when he connected with Bruno Mars, another biracial Asian (Filipino, Jewish, Puerto Rican) artist to form the duo Silk Sonic. Their single, “Leave the Door Open,” won Song of the Year and Record of the Year at the 64th Grammy Awards.

Those are the Asian/Black success stories right under our noses. Pop culture examples. It’s more of a thing than you think. Just know that when you cheer Hayward-born Dwayne Johnson or Tiger Woods, Asian Americans are seeing Johnson’s Samoan mom. Or Tiger’s Thai mother, Tida. Asian Americans are cheering alongside you.

Expect it to happen more and more compared to previous generations.

A big increase was in the Asian “in combination” figure. Approximately 4.1 million respondents identified as Asian in combination with another race group. Do you think there’s another H.E.R. amongst them? Or an Anderson .Paak? More than one?

The growth today is reflective of an openness in our youth-oriented culture.

But the generation before were race mixers too.

They just had to overcome racist laws like Virginia’s Racial Integrity Act of 1924 that made it illegal to intermarry. In the 1920s and 1930s, the anti-mixed-marriage, or anti-miscegenation laws, spread throughout the country. Even in California.

And it didn’t just ban Blacks from intermarrying. It was for Asians, too. Chinese, Japanese, Filipinos were all forbidden from marrying whites and expected to marry “their own kind.”

Only in 1967 did the Supreme Court decide that the anti-intermarriage laws violated he Equal Protection Clause of the U.S. Constitution. The Loving case (involving the incarceration of the Black/white couple, Mildred and Richard Loving) was later used in the legal justification for same-sex marriage.

Hard to imagine we’d ever take away our rights to marry. But given the current climate with the religious right hellbent on reversing settled law like on abortion rights, we must stay vigilant.

A good way to start is by celebrating our diversity and remembering Asian American Pacific Islander Heritage Month.

NOTE: I’ll talk about this on “Emil Amok’s Takeout,” my micro-talk show. Live @2p Pacific. Livestream on Facebook; my YouTube channel; and Twitter. Catch the recordings on www.amok.com. 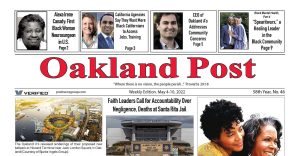