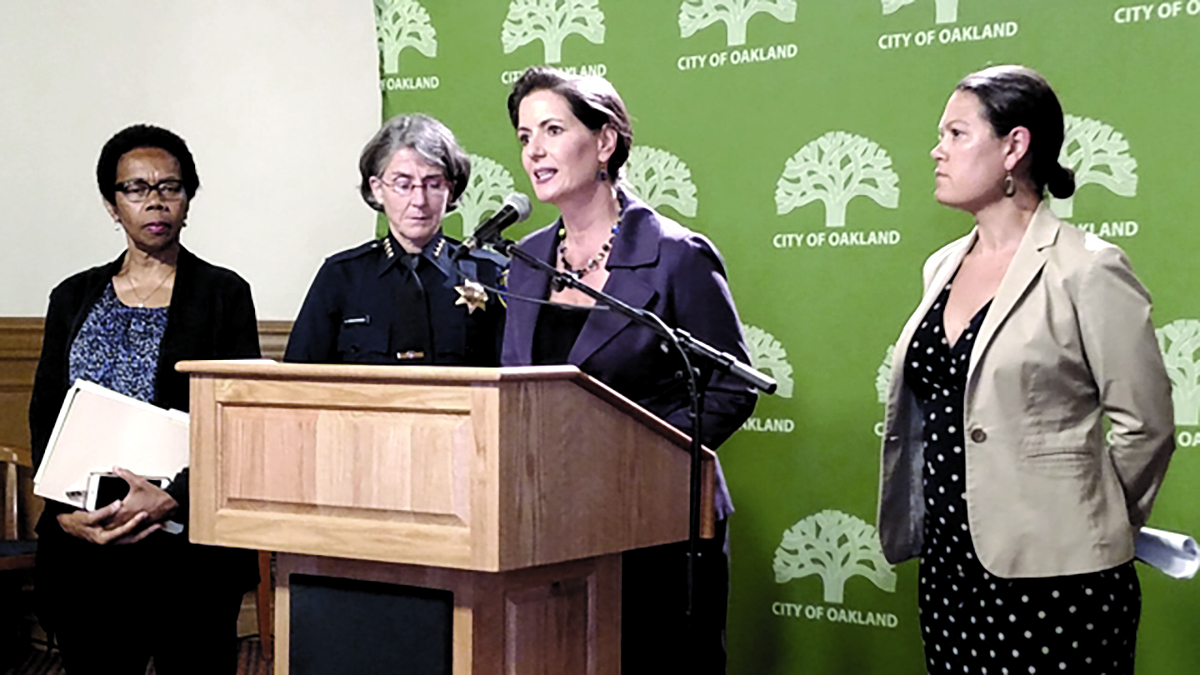 Back in July when the Oakland City Council passed the enabling ordinance for the Oakland Police Commission—over the strenuous objections of the City Administrator and the City Attorney—it appeared for a moment that the issue was finally settled: commission staff would be independent of the mayor and the mayor’s administration.

Based on the Measure LL charter amendment, the City Council passed the ordinance July 10 on a 6-1 vote (with only Annie Campbell Washington voting no). The City contests the council decision, saying its provisions conflict with the City Charter.

Councilmembers rejected the City Attorney’s and the City Administrator’s contention that the City Charter as whole requires commission staff to be controlled by them, not independent of the administration as intended by the charter amendment, which passed two years ago with 83 percent of the vote.

Now, however, the mayor’s administration and the City Attorney are prepared to ignore the City Council’s decision, based on their interpretation of the City Charter, according to members of the steering committee of the Coalition for Police Accountability who met last Thursday with Mayor Libby Schaaf.

“The mayor is siding with the position of the City Attorney and the City Administration, even though the enabling ordinance was passed,” said Rashidah Grinage of the Coalition for Police Accountability.

Henry Gage, a coalition member who attended the meeting with Mayor Schaaf, said “The Mayor seems unwilling to go against the City Administrator and the City Attorney.”
“You’d think once the City Council votes it would be over,” said Gage. “However, what I’ve learned is that if the executive branch doesn’t want to do something, the only real remedy is go to the courts.”

Chair of the Police Commision Thomas Smith, speaking at a City Council meeting, emphasized the need for the commission’s staff to be independent . “Having someone who is not a member of the City Attorney’s Office is very important,” he said.

Pamela Drake of the coalition said that what the public is seeing is the latest maneuver in a series of actions the mayor and the administration have taken to weaken the police commission. “They are doing everything they can to undermine an independent police commission,” she said.

Seeking an explanation of the administration’s decision, the Oakland Post contacted the City Attorney, the City Administrator and Mayor Schaaf. By Post deadline, none of them had responded. According to Grinage, the issue of independence concretely comes down to the employment contracts and jobs descriptions of three employees and consultants.

One issue has to do with contracts for the two attorneys who work for the police commission and the Civilian Police Review Agency (CRPA).

“These contracts predate the enabling ordinance, and they have to be rewritten in order to be in conformity with the ordinance. (At present), their supervisor is the City Attorney’s Office, and that is unacceptable,” said Grinage.

“I expect sooner or later that we will wind up in court over this,” said Grinage.

By ignoring the City Council decision, the mayor and the City Attorney are bypassing the requirements of the City Charter, according to Councilmember Desley Brooks.

“The City Charter is clear: The City Council sets the policy of the city, and it is the responsibility of the mayor to implement it,” she said.

“The main takeaway is that the City Attorney does not have an independent role in city government. The City Attorney is lawyer for the mayor, council and departments and has to follow the direction of her employers.”

When various agencies of government disagree, he said, the dispute must often be settled in court.

Mayoral candidate Cat Brooks said, “Oaklanders voted for what they believed would be a community-controlled police commission. The City and the Mayor need to respect the voices of the people.”

“The mayor has tried to prevent the commission from having full autonomy from the beginning,” with her demand to have the authority to appoint three members of the commission, said Brooks.

Attorney Pamela Price, also a mayoral candidate, supports the need for the commission to be an independent body.

“The voters have shown their lack of confidence in the city administration’s willingness to hold the police department accountable,” said Price. “Their intent was clearly to create an independent structure, and that structure should be fully empowered to carry out its function.”

Open Letter: Who Should Be Making the Decisions, the Residents or Outside Millionaires