David Johnson will be exhibiting a show at Dominican University of California titled, “The Struggle for Human Rights and Beyond – The Historical Photographs of David Johnson – Ansel Adams’ First African American Student.”

The exhibit will run from Feb. 7 to June 7, with an Opening Reception on Saturday, Feb. 7, from 2 p.m. to 4 p.m. at the Joseph R. Fink Science Center Gallery on the Dominican University of California Campus at 50 Acacia Ave. in San Rafael.

The exhibit is sponsored in part by the Office of Diversity and Equity and the Black Student Union.

Residents Ask: Where Are the Community Benefits on Port Railway Project? 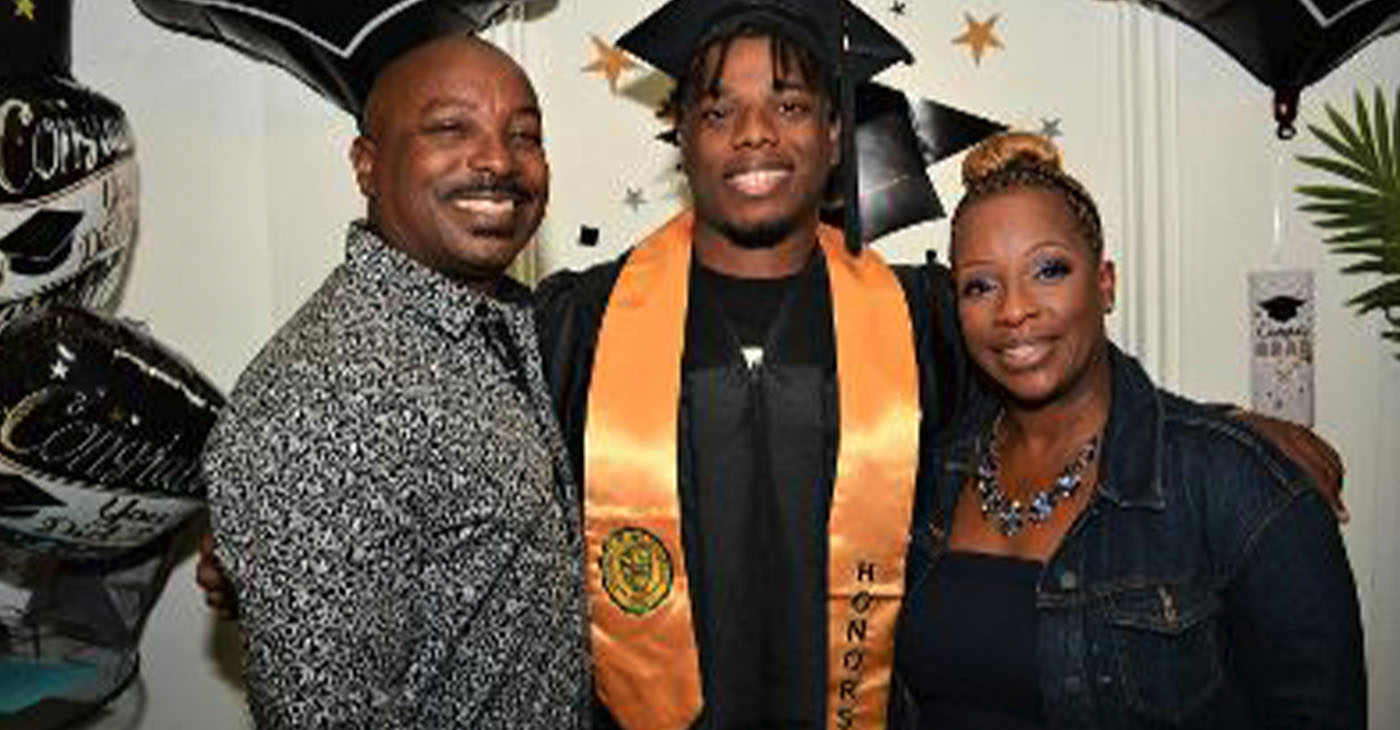 Isaiah Saucer, in cap and gown, is flanked by his father Marvin Saucer, left, and his mother, Altrinice Grant Saucer, right. Photo by Joe L. Fisher.

From birth, it appeared that Richmond native Isaiah Daniel Saucer was on a journey destined for excellence and achievement.

He showed musical talent playing drums at age 2 and demonstrated athletic prowess and academic excellence once he started school, culminating in receiving a bachelor’s degree in Business Administration Marketing on May 20, 2022. In his entire academic life, he never made less than an ‘A’ in any of his subjects or classes.

He also is the manager at the Pinole Valley Bowling Alley and a watchmen/longshoreman at the Oakland Port at only 21 years of age.

Saucer attended St. John the Baptist in El Cerrito from kindergarten to eighth grade, graduating with honors and receiving a scholarship from the California High School Achievement Society in order to attend St. Mary’s College High School in Berkeley. There, he made the dean’s list and graduated with honors, earning a scholarship to the University of San Francisco.

During every semester at USF, Saucer made the dean’s list, graduating on May 20, 2022.

“His study ethics was way beyond comprehension” said Mr. Walton, his eighth-grade teacher at St. John the Baptist.

Saucer also played on advanced travel ball teams and won many championships with many of those teams. He played many positions: pitcher, catcher and performed well at first and third base.

At St. John the Baptist in El Cerrito, he was part of a basketball team that won championships each year. On St. Mary’s JV baseball team and he was the manager for both the varsity basketball and football teams for handling all of the team’s players’ scoring and stats.

His musical talents emerged again at St. Mary’s where, in the advanced concert band, he played several wind instruments, including the clarinet and saxophone.

Saucer also does helpful things for others, like tutoring his peers at the high school in various subjects after school and weekends. He also looked after his cousin Asia, who is blind in one eye and has epilepsy and cerebral palsy.

As a hobby, Saucer has recorded music, which he has shared on various media outlets and with some of his friends. His family thanks the many people in the community who supported him as he proved that something good can come out of Richmond CA.

Basquiat often said that he “felt friendless and misunderstood.” After his parents separated, Gerard moved with his children to Brooklyn’s Boerum Hill neighborhood. When he was 7, Basquiat’s mother was diagnosed as mentally ill and was eventually institutionalized. This part of his life troubled him greatly. 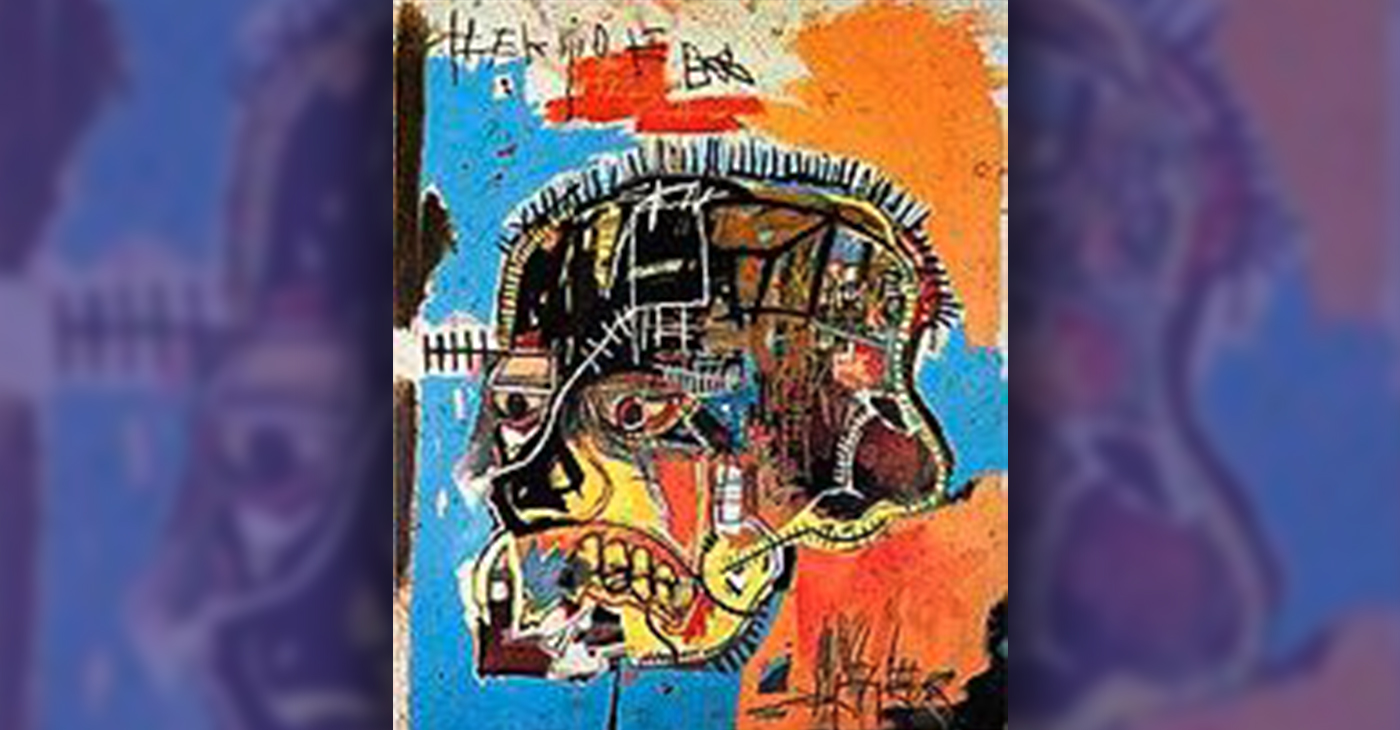 It was the early summer of 1980. More than 100 artists converged on an abandoned four-story building at Seventh Avenue and 41st Street in New York City that had once served as a massage parlor. Among those in the group was Jean-Michel Basquiat (1960–1988). His work on exhibit was believed to have been his first painting on canvas.

Although the exhibition, dubbed “The Times Square Show,” drew critical attention, it boosted 18-year-old Basquiat’s career as a painter. His contribution, a mural painted on a patch of wall, was described by Art in America as “a knockout combination of de Kooning and subway paint scribbles.”

The path to that shuttered massage parlor and his rise to success during the 1980s as part of the Neo-expressionism movement were not without difficulty.

Basquiat was born into a middle-class family in Brooklyn. His father, Gerard, a Haitian immigrant, was an accountant. His mother, Mathilde, was a homemaker. Despite her frequent hospital stays for depression, Mathilde spent countless hours in the Museum of Modern Art and the Brooklyn Museum with Jean-Michel, encouraging his interest in painting.

Gerard, physically abusive, wasn’t involved in his son’s career. Biographies and films have chronicled the strained relationship between the two, according to DNA Info.

Basquiat often said that he “felt friendless and misunderstood.” After his parents separated, Gerard moved with his children to Brooklyn’s Boerum Hill neighborhood. When he was 7, Basquiat’s mother was diagnosed as mentally ill and was eventually institutionalized. This part of his life troubled him greatly.

By age 17, Basquiat dropped out of high school. Gerard then threw him out of the house. He stayed with friends, slept in Washington Square Park, and lived-in run-down hotels.

It was then that he partnered with other graffiti artists and created the persona, SAMO, meaning “same old sh––.” For money, he panhandled and sold sweatshirts and postcards marked with his drawings. He got by on “cheap red wine and 15¢ bags of Cheetos.”

With no formal training, Basquiat created work that mixed graffiti and signs with the gestural and intuitive approach of Abstract Expressionist painting.

He expressed his personal angst in highly stylized self-portraits. In the early ’80s, race entered his work for the first time as a reflection of a “growing consciousness of his own position within the New York art world.”

His painting, “The Death of Michael Stewart” commemorates the killing of the young Black artist by New York City Transit Police. “Black people are never really portrayed realistically…. I mean, not even portrayed in modern art enough,” Basquiat had said.

Basquiat died of a drug overdose in 1988. Toward the end of his life, his works were selling around $25,000 to the Whitney Museum and the Museum of Modern Art.

Earlier though, both museums had rejected his work.

A respected national publication called Library Journal took notice and awarded Deputy MCFL Director Raemona Little Taylor in its 2022 Movers & Shakers class of community builders for her outstanding leadership and impact to the library industry as a change agent. Only 41 people were in the 2022 class, and just over 1,000 librarians nationwide have earned such status since the awards were first given in 2002. 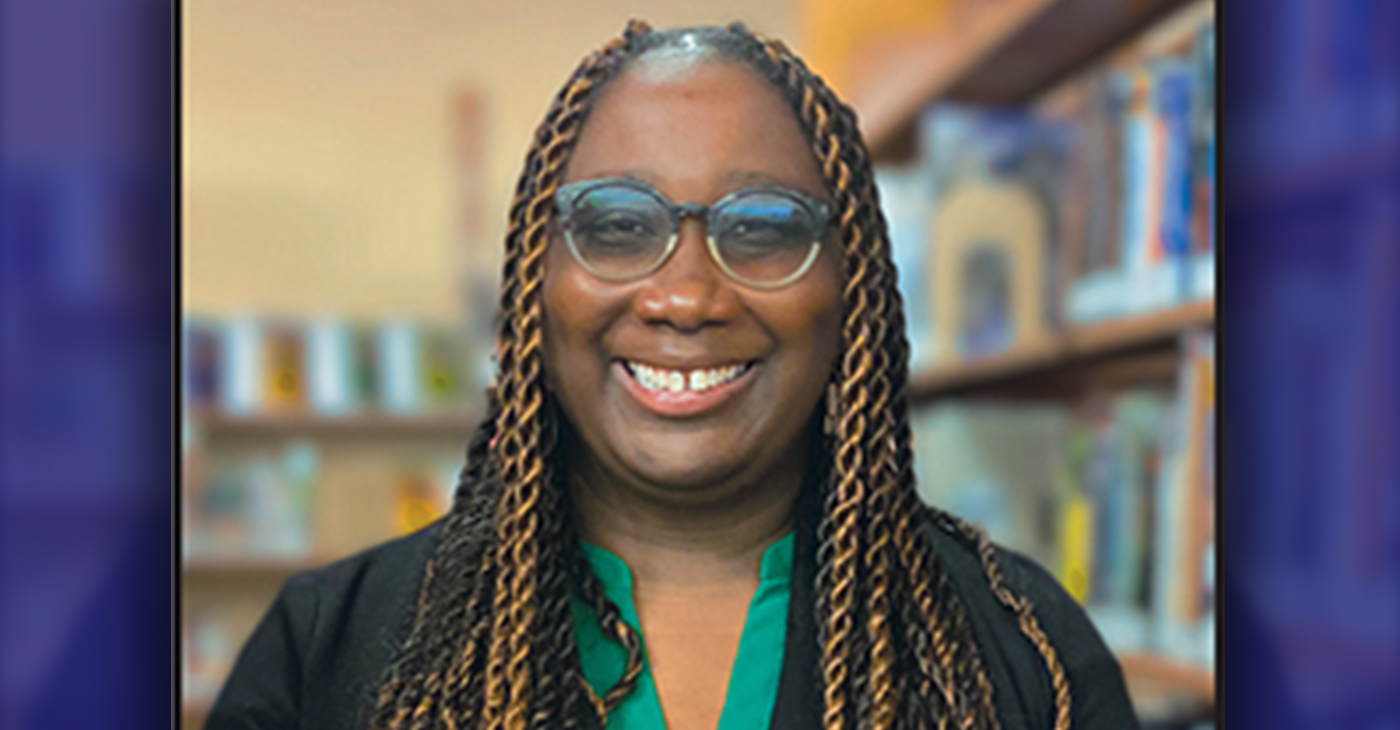 Deputy MCFL Director Raemona Little Taylor did not let the pandemic get in the way of her equity work to benefit library patrons. (Photo: Library Journal)

Advancing equity, from talk to action, is a trademark for Raemona Little Taylor, Deputy Director of the Marin County Free Library (MCFL). And there’s no way the COVID-19 pandemic was going to get in her way.

A respected national publication called Library Journal took notice and awarded Little Taylor in its 2022 Movers & Shakers class of community builders for her outstanding leadership and impact to the library industry as a change agent. Only 41 people were in the 2022 class, and just over 1,000 librarians nationwide have earned such status since the awards were first given in 2002.

Library Journal has provided features and news reporting about American libraries since 1876 and is the top trade publication in that industry. Movers & Shakers profiles up-and-coming, innovative, creative individuals from around the world — both great leaders and behind-the-scenes contributors — who are providing inspiration and model programs for others, including programs developed this year in response to the COVID-19 pandemic. Little Taylor is just the second MCFL employee to receive the national recognition; Diana Lopez, manager of the Marin City MCFL branch, was selected in 2016.

The publication noted that Little Taylor “worked tirelessly” to develop successful initiatives that are considered widely inclusive, stepping up to serve people in need and in marginalized populations. Her signature projects have included offering services to incarcerated youth, developing school partnerships, providing direct tutoring services, and overseeing the day-to-day operations of the Learning Bus, a “green” vehicle that brings literary and education outreach services to children and their families living in rural areas of West Marin. She also piloted a Reading Buddies program and implemented blueprints for safety around children working with adult volunteers.

Undeterred by the pandemic, Little Taylor moved the Reading Buddies program online, teamed with partners to create 500 new wireless hotspots for school-age children who were rushed into online learning for the first time, and led efforts to create a licensed day care center for children of health care and essential workers at an MCFL branch.

“The entire Marin County Free Library team stands with Raemona in our commitment to racial equity in Marin County,” said MCFL Director Lana Adlawan. “Raemona works tirelessly to ensure that community and staff voices are heard and that library programs are inclusive for all. She isn’t afraid to dream big and work hard to make new things happen. I am excited to see what she dreams up next!”

Little Taylor’s passion lies in offering services around literacy and education that are appropriate to the realities of disproportionately affected communities. The first step is acknowledging what she described as a long history of libraries as segregated spaces.

“Until libraries and librarians grapple with their history as gatekeepers for white-dominant culture, they will struggle to create welcoming and inclusive workplaces where diverse workers feel like they truly belong,” Little Taylor told the Library Journal. “It can be a real challenge to work within institutions as the one and only Black, Indigenous and people of color [BIPOC] staff member. We need to move beyond being tolerated to being celebrated.”

Little Taylor, an MCFL employee since 2017, is the public services administrator of the 10 MCFL branches and two mobile vehicles serving patrons in the field. Previously she was a teen and adult services librarian at the Fairfax branch and then senior librarian and education initiatives coordinator for four branches in West Marin. After earning her master’s degree from the University of Tennessee at Knoxville, she began her professional career as a public records researcher and in several roles with the Nashville Public Library prior to joining MCFL.

Nominations for annual awards were vetted by the editors of Library Journal, giving weight to factors such as innovation, the impact of the person’s work, and the potential for programs to serve as models and inspiration for others in the field.