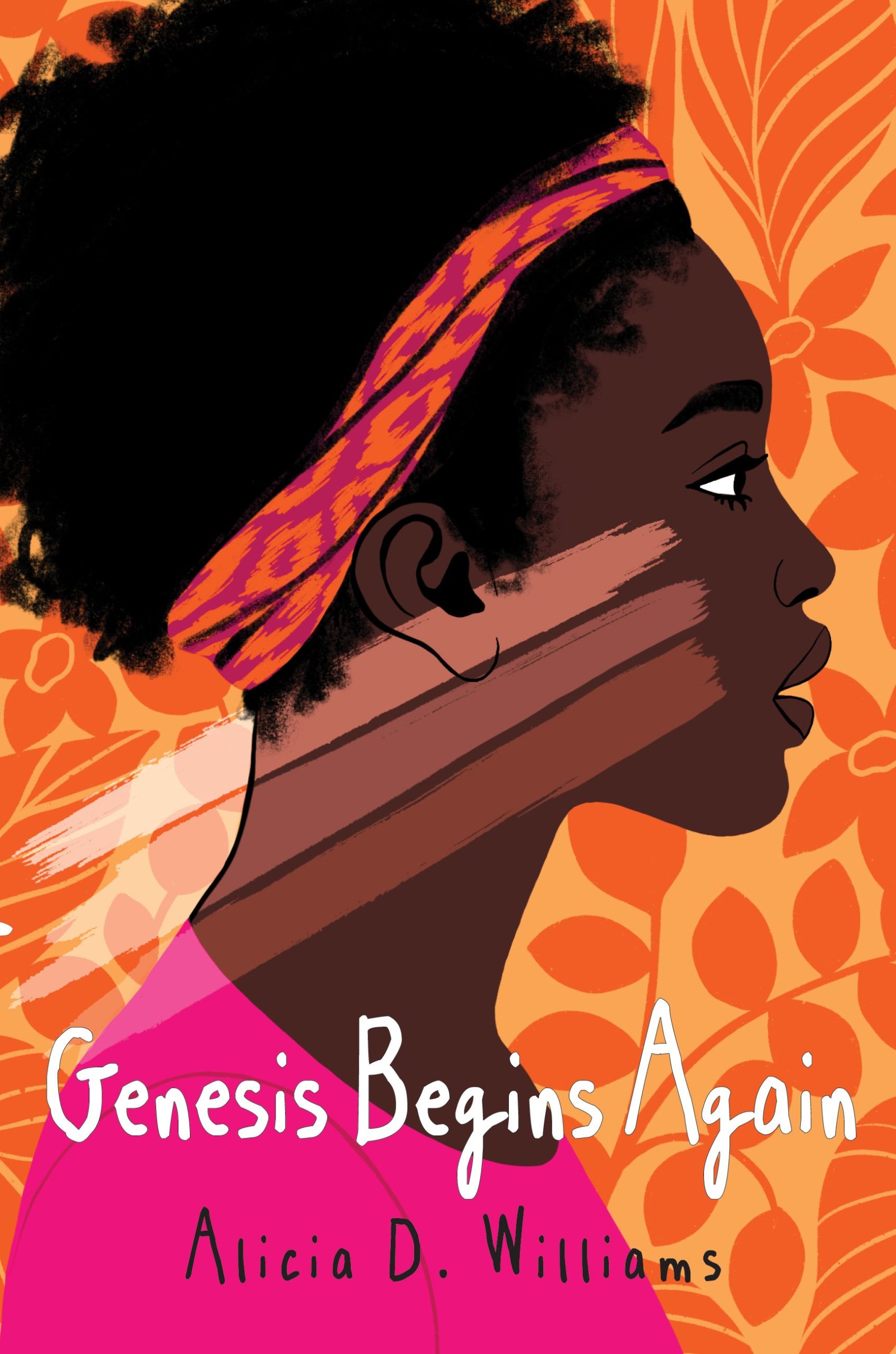 That’s what you’d like to tell just about everybody right now: go away. Stop talking to me. Don’t fuss, quit fighting, put away those bad words. You’re done, so leave me alone. As in the new book “Genesis Begins Again” by Alicia D. Williams, life is much easier if you don’t rely too much on people who hurt you.

The mean girls at her old school were dumb.

Thirteen-year-old Genesis Anderson had proof: the list they circulated was titled “100 REASONS WHY WE HATE GENESIS” but only 60 things were on the list and some were totally lame.

Whatever. Every now and then, Genesis added her own entries to the list.

She hated that she let mean girls get away with being mean. She hated herself because her Dad drank too much and gambled with rent-paying money, so her family moved a lot. She hated having to stay with her Grandma, however temporary it was each time. Most of all, she hated her dark skin and her tangly-thick curls, and that she didn’t inherit her mother’s coffee-with-milk complexion and “good hair.”

She could’ve added that she hated having fake friends but, after yet another publicly humiliating home eviction, more promises from Dad, and an upgraded rental, she’d first see if a new school and another fresh start made any difference.

Thankfully, as it turned out, things weren’t bad at Farmington Oaks Middle School , just outside Detroit . In the beginning, Genesis kept to herself because there were mean girls there, too, but she was happy to see that most of the kids were nice. She began to make real friends, and she found her first BFF. She even liked her teachers, including the one who encouraged her talents as a singer.

But none of these positives changed Genesis’s view of herself as “ugly.” Dark skin, “nappy” hair, there had to be a way to fix it. Once she learned the secrets in her family, past and present, there was just no way she could accept herself as she was…

Starting with an awkward situation with frenemies, author Alicia D. Williams introduces 9-to-13-year-olds to an observant, smart-but-typical kid with modern problems, including a kind of racism that’s not often discussed. What ultimately happens is a shocker to the story, in part because we’re abruptly told the truth about some of the adults in Genesis’ life and though it explains a lot, it’s not pretty. We learn of this ugliness when she does, presenting an opportunity for readers to think about (and deal with) topics that might be new or uncomfortable. Happily, it’s all done with the barest, mildest profanity and absolutely zero unnecessary drama. Also nice for both you, and for your young reader: the friends Genesis makes are real-life-real, and adults in this book are portrayed without a hint of malice or ridicule.

For a middle-schooler, this book set in a middle-schooler’s life is perfect, especially if their life isn’t. Hand your child “Genesis Begins Again,” and she won’t be able to leave it alone.

Opinion: Trump Cranks Up the Miseries of the People of Venezuela