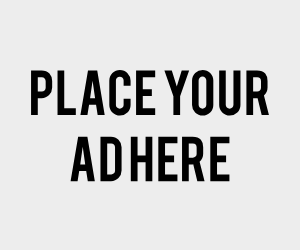 Local residents who follow city government might well wonder why Oakland City Council members allowed Mayor Libby Schaaf to set up her signature multi-million dollar college scholarship program, Oakland Promise, placing complete control of the program in the hands of the mayor with a minimum of oversight or transparency.

The short answer: they didn’t.

Oakland Promise was created and approved by Mayor Schaaf on the Mayor’s Summer Recess Agenda on Aug. 25, 2015. In other words, while the council was on its annual summer recess, the Mayor’s Office single handedly approved a Memorandum of Understanding (MOU) with the East Bay College Fund (EBCF), which went into effect in September 2015, bypassing public input and council approval.

In response to Parker’s opinion, City Council President Kaplan wrote in an email, “There was no funding or urgent need to bring (the MOU) as a recess action. So, it was hidden from the public without a valid reason for doing so. The 2015 recess action clearly contains legislative action, which is prohibited.”

The 2015 MOU authorizes the Mayor’s Office to appoint one voting member of the EBCF Board of Directors and members of the Oakland Promise Advisory Committee. In addition, “The Mayor’s office will provide communication support, marketing collateral, engagement opportunities and support for promotion and collaborate on annual fundraising events for Oakland Promise,” according to the MOU.

Until recently David Silver, Special Assistant to the Mayor III, served as the head of Oakland Promise. While receiving no salary from Oakland Promise, Silver’s city salary in 2018 was $261,961.45, salary plus benefits.

In her cover memo to the August 2015 M.O.U., Mayor Schaaf wrote that the MOU “has no cost implications to the City of Oakland,” though that does not appear to be the case.

Council President Kaplan, following up on the issue after it was raised by community activist Gene Hazzard, requested an opinion from City Attorney Parker about the legality of the mayor’s decision to approve the MOU without going to the City Council.

The City Attorney on Sept. 11 wrote that Rule 21 of the Council’s Rules of Procedure that the mayor may make decisions “during the annual recess except for those matters specifically set forth herein.”

Restrictions on the mayor’s authority to bypass the City Council:

• “Rule 21 prohibits the mayor from approving ordinances during the council’s annual recess.”

• The mayor must “set for reasons in the agenda reports and resolutions why approval cannot be deferred for council approval after the recess.”

• The Mayor cannot “appropriate funds without prior council authorization and approval.”

• The Council “is required to approve by ordinance any lease with rent at below fair market value. “

“The (City Attorney’s) legal memo says that anything that requires legislative action —  like renting space in city hall for free or changing how board members get appointed by moving the power out of the hands of the council and into the hands of the mayor — cannot be done by recess action,” Kaplan wrote in an email on Wednesday.

In July, the Oakland Promise appears to have merged with the EBCF. The governing board of the EBCF voted to convert their nonprofit to Oakland Promise, filing with the Secretary of State,  according to newly hired  Oakland Promise CEO Mialisa Bonta, president of the Alameda Unified School Board and wife of Assemblyman Rob Bonta.

“Functionally, that means that Oakland Promise has the EIN (nonprofit tax IRS tax identification number) of the East Bay College Fund,” she said.

In reply to an Oakland Post email, the City Attorney’s office said that Parker’s legal memo was written about the rules governing mayoral recess decisions in the current year, not about what Mayor Schaaf did in 2015.

“The City Attorney’s memo was written in response to a Councilmember’s request to explain the current rules of procedure regarding the mayor’s recess authority. It does not address or make a determination regarding whether any particular action was, or was not, in compliance with the rules. We will review the 2015 action and the rules that were in place at the time,” said Alex Katz,  Barbra Parker’s representative.

For Gene Hazzard’s website, including his blog, go to www.cleanoakland.com

Three days of protest spark mixed reactions — Oaklanders question who is behind the destruction.

Opinion: The Signs Say Black Lives Matter. Yet the Very People Who Are Supposed to Protect Us too Often, in too Many Places, Don’t...

Nurses, City Council Call on County to Take Over DMC