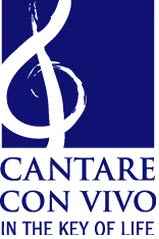 Spirituals began with America’s enslavement of Africans, who mingled the Christian theology imposed upon them with melodies and rhythms from their homelands.

Also referred to as sorrow songs, they were sung wherever the enslaved people worked, among themselves in nighttime gatherings and, according to some scholars, used as coded communication.

After the Civil War the songs spread, gaining world-wide renown through the Fisk Jubilee Singers, who toured to raise money for the Tennessee college.

Black gospel music is the close musical descendant of the spirituals, developing in the early 1920s and employing musical instruments.

Both spirituals and gospel music offer an immensity of passion born out of oppression coupled with the promise of hope.  They elevate ideals of justice, freedom, and equality and respect, and led to such quintessential American genres as ragtime, jazz and R&B.

“Like most, I am drawn toward sincerity, and when coupled with music I find myself inescapably captivated and challenged,” says Morales.  “I am equally energized in pulling together over 130-singer into one body that will overwhelm an audience with the sheer power of their sound, guided by the demands inherent in these texts and the music created by these incredible composers.”

Songs featured include “Ezekiel Saw de Wheel”, “There Is a Balm in Gilead”, “I’ve been ‘Buked,” “My Soul’s Been Anchored in the Lord,” “I Never Lost My Praise,” “Total Praise” and many others.

Ministry Feeds the Mind, Body, and Spirit of Thousands a Month

No Time To Panic Yet, Giants Are Still OK

Oakland Measure R on the March 3 Ballot Will Allow...