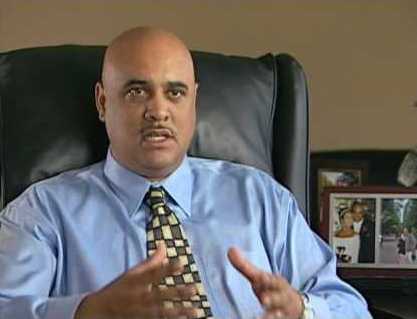 Questions are being raised about the California Department of Public Health (CDPH)’s management of the AIDS Drug Assistance Program (ADAP), which provides assistance to AIDS/HIV patients who are uninsured or underinsured enabling them to have access to life-saving medication.

The program serves about 30,000 Californians.

According to a CDPH press release, the agency decided to terminate the contract with A.J. Boggs to oversee ADAP.

California Black Media first reported on CDPH’s decision to award the contract to manage ADAP to A.J. Boggs last summer. The contract had been served for several years by Ramsell Corp., a Black-owned Oakland firm.

But the contract was awarded to A.J. Boggs, an out-of-state company. The contract lasted less than a year and was terminated effective March 31.

According to CDPH, the contract was terminated for “breach of contract.” The agency also cited reasons such as “failure to provide critical information,” and an inability to “provide enrollment workers and clients access to the enrollment portals.”

According to a report in the San Francisco Chronicle, patients also complained of having trouble enrolling in the program. Caseworkers said the enrollment process went from about 30 minutes to more than three hours.

Eventually, complaints reached elected officials. In December, State Sen. Scott D. Wiener (D-San Francisco,) wrote a critical letter to CDPH demanding action.
“I am alarmed to learn about significant problems that have resulted from the transition to three new contractors as well of the implementation of a new eligibility and enrollment system,” said Wiener in the letter.

Eric Flowers, president, and CEO of Ramsell Corp. said he wasn’t surprised that the previous company had issues, but he was surprised at how short the contract lasted.

He said the decision to award the contract to A.J. Boggs was strange, especially considering his company’s long-standing relationship with CDHP.

The winning bid was also $9 million more than Ramsell’s bid.  Flowers said the bidding process was so problematic; he requested it to be started over again, but the department did not do that.

However, CDPH officials stated that they needed to continue with the contract to ensure uninterrupted service. Patients noticed the difference with the new provider. One patient described the new process as “a nightmare.”

“They (CDPH) took someone they knew that was not qualified,” he said.

However, Flowers said that his company is still open to taking over the ADAP program.

“My concern has always been about making sure the program was reliable and stable,” said Flowers.

OP-ED: How to Educate Yourself in Prison

OP-ED: Depression Hurts, We Must Help

Haiti, Nine Years After the Coup

Opinion: Neighbors Care About the Fate of Homeowner Leonard Powell—But the...