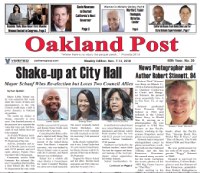 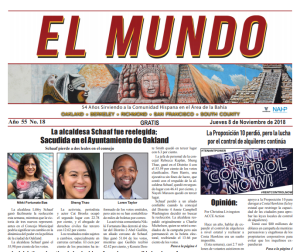 Rep. John Lewis was hon­ored by the American Bar As­sociation as the 2019 recipi­ent of the Thurgood Marshall Award. Over 500 attendees paid tribute to the life and lega­cy of Rep. Lewis.

The congressman was un­able to attend, however he gave a magnificent “acceptance speech” that was broadcast on the big screen at the Westin St. Francis Hotel, San Francisco.

Rep. John Lewis has dedi­cated his life to fighting for freedom, justice, and equal rights. He was arrested 40 times, five times as a member of Congress.

He is one of the original 13 Freedom Riders, a founding member and a Chairman of the Student Nonviolent Coordinat­ing Committee, the only one of the “Big Six” civil rights lead­ers who organized the 1963 March on Washington still liv­ing, and a 17-term congressio­nal leader.

He is often called “one of the most courageous persons the Civil Rights Movement ever produced.”

“The lawyers of the Civil Rights Movement, under the strategic guidance of Thurgood Marshall, William Hastie and others, took the struggle for social justice out of the streets and brought it into the court­room. Their success was a key component of non-violent so­cial transformation,” said Rep. Lewis. There are powerful forces moving today, however, that want to undo what we ac­complished just a few decades ago. We must power up to maximum strength and meet the legal challenges of these efforts to protect and defend the democratic society lawyers like Justice Marshall helped create. I am honored by the ABA’s award and encourage the continued work of ABA members to make this a fairer, just society,” he continued.

Rep. Lewis’s dedication to the highest ethical standards and moral principles has won him the admiration of his col­leagues on both sides of the aisle in the United States Con­gress and of Americans all over the country.

“Congressman Lewis is most deserving of this honor,” said Robert Harris, past Presi­dent, National Bar Associa­tion. “He, like Supreme Court Justice Thurgood Marshall, epitomizes individual commit­ment, in word and action, to the cause of civil rights in this country.”

The attendees at the dinner included some of the Bay Areas “Who’s Who.” The Honorable U.S. District Court Judge Thel­ton Henderson, 2013 recipi­ent of the Thurgood Marshall Award, and his wife, Maria; Robert Harris, past president, National Bar Association, and his wife, Dr. Glenda Newell Harris; Wilfred Ussery, past president, Bay Area Rapid Transit, and his wife, Maxine; and Paul and Gay Plair Cobb, publisher and co-publisher, the Post News Group. 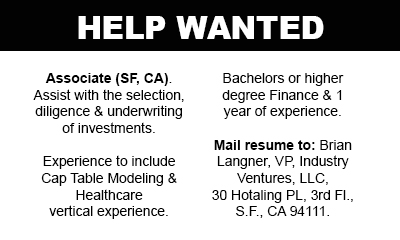 The Unfinished Business of the Civil Rights Movement: Bernie 2020

Opinion: President Donald Trump is Leading America Toward War Without...